He believes disruptions across the globe can work in India's favour 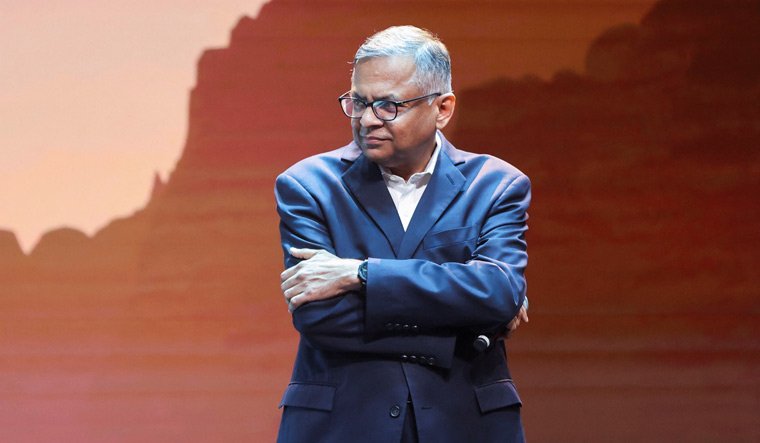 The world is currently going through several challenges. On the one hand, is the ongoing geopolitical tensions, and on the other, there is a huge technology disruption that is happening across industries. Also, post the Covid-19 pandemic, countries and corporations are looking to diversify their supply chains.

Natarajan Chandrasekaran, chairman of Tata Sons, believes there is a great opportunity at this time and the next few decades could be India's decades as the disruptions work in its favour.

"We have a very exciting two or three decades ahead of us. The opportunity is enormous because all the disruptions whether it is digital, whether it is in supply chain, there is an energy transition, or other impacts due to geo-politics, are all working in favour of India," Chandrasekaran said.

He was addressing a gathering of entrepreneurs at a conclave organised by Marico Chairman Harsh Mariwala's Ascent Foundation.

"We are a nation with tremendous talent and it is fair to say that it is going to be India's decade and India's few decades," Chandrasekaran told the gathering.

He said this was one of those moments when people could dream big and have a chance of achieving it.

But, it is going to be a long run, akin to a marathon. Chandrasekaran, who is an avid marathon runner, feels that running a marathon and doing business have a lot in common. "Both have a long-term theme. You require the capability to last long. To succeed, you will need tremendous willpower, perseverance. And you require a certain rhythm and pace to keep going."

He said there will be injuries, whether it was while preparing for marathons or in business. But, one needs to know how to recover. "Both have to outlast weather cycles, like the kind of global environment we are going through."

Chandrasekaran began running around 2007, and says he has been consistently training since and tries to do two full and two half marathons each year.

But apart from training, he also stressed on the need to be fit, else one wouldn't be able to perform and get injured.

"I always say fitness first and performance next. People see runners as runners, but there are so many other things that you have to go with if you have to be a good runner. Similarly, you can't just target growth rates if the organisation is not fit. If you don't have the structures in place, the team in place, it doesn't work," he said.