Another 50 bps repo rate hike by RBI likely amid inflation 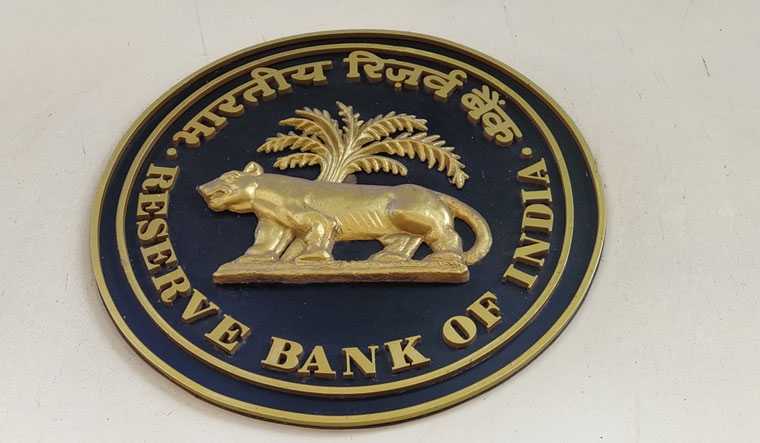 The Reserve Bank of India’s monetary policy committee (MPC) began its bi-monthly deliberations on interest rates on Wednesday and it has a lot of issues to grapple with. The US Federal Reserve just delivered another sharp rate hike, the dollar has continued to strengthen and despite RBI’s interventions, the rupee has hit lifetime lows against the greenback, while inflation remains above the central bank’s comfort zone.

RBI has already raised the repo rate by 140 basis points since May 2022 and at 5.40 per cent the benchmark rate is already above the pre-pandemic level.

The RBI had raised the repo rate by 40 bps in May and followed it up by a 50 bps hike each in June and August. The general expectation was that the central bank would raise the rate again in this meeting but at a lower quantum. However, the way things have panned out in the global as well as domestic markets, it wouldn’t be a surprise now if the RBI announces another 50 bps hike, say analysts.

Some may argue that retail inflation at 7 per cent versus the 6 per cent upper-end target of RBI shouldn’t be too much of a concern. Also, the RBI wouldn’t want to stifle growth too much. But, important is that the CPI (consumer price index) inflation has remained above RBI’s target zone for eight months now, despite the recent rate hikes and patchy rainfall this year, despite overall being normal, does raise some pressure on food prices.

The US Federal Reserve this month raised its interest rate by 75 bps, the third consecutive time it has done so. In a bid to tame inflation, which is at its highest in almost four decades, the Fed has raised interest rates by 300 bps between March and September this year, taking the policy rate to 3.0-3.25 per cent.

This is strengthening the dollar; foreign institutional investors are selling from emerging markets and the rupee remains under pressure. On Wednesday, it had plunged 37 paise to an all-time low of 81.90 to the dollar. Other central banks like the Bank of England too, have raised their interest rates several times this year. Against this backdrop, RBI Governor Shaktikanta Das would want to ensure that the central bank is not falling behind on interest rates.

“The fast-evolving world order and consistent repricing of Fed’s outsized hikes are strong-arming the emerging markets (EM). This exposes the instability inherent in the classic EM central bank dilemma: one cannot have a stable currency, unfettered capital flows and independent monetary policy all at the same time. This painful adjustment has not spared the RBI either, which is set to deliver another front-loaded 50 bps hike this week,” said Arora.

Madan Sabnavis chief economist at Bank of Baroda also expects another 50 bps repo rate hike by the RBI on Friday. He sees RBI raising interest rates till it reaches around 6 per cent to 6.25 per cent.

“While growth fundamentals still remain strong and fairly insulated from the global economy, a key cause of concern for RBI will remain elevated levels of CPI. This will be driven by deficient/untimely rains and marginally weak Kharif sowing,” said Sabnavis.

He expects CPI will remain elevated at 6.5 per cent to 7 per cent this year. The RBI has an inflation target of 4 per cent, within a range of 2 per cent to 6 per cent.

Suvodeep Rakshit, senior economist at Kotak Institutional Equities also expects inflation to remain elevated over the coming months; it is likely to moderate gradually to below 6 per cent in the January-March quarter of 2023.

“We retain our view that the MPC will continue with calibrated repo rate hikes towards 6 per cent by end of the calendar year 2022 with a 35 bps hike in the September policy,” he said.

Suman Chowdhury, the chief analytical officer at Acuite Ratings and Research says with average CPI for the current financial year expected to come in well above 6 per cent, the RBI is poised to continue its policy tightening approach through the next two quarters.

“The narrative for the upcoming MPC meet will not just be driven by the concerns on the inflationary trajectory, but the sharply rising interest rates in the developed economies that continue to have an impact on the rupee and India’s foreign exchange reserves. Given the expected trajectory of interest rates particularly in the US, the likelihood of another 50 bps hike by the MPC has clearly increased,” said Chowdhury.

But, “with a deteriorating global economic environment and currency market movements the RBI may choose to announce another 50 bps hike this week,” he said.

Gupta says while not overheated, India’s economy is not too strong either. Also, a stronger US dollar is inevitable given the global economic vulnerabilities and that will drive weakness in EM currencies. Therefore, a “highly delicate” approach is needed, he said.

“The RBI’s use of its forex reserves or rate hikes to fight the depreciation in rupee is possible only for a short period of time. But, if these forces persist, the rupee will move, but domestic growth may weaken more than warranted,” noted Gupta.

The sharp rise in developed market interest rates has raised concerns of a coming recession in the US, which will also have an impact globally including on India. In a recent interview with THE WEEK, Sachchidanand Shukla, chief economist at Mahindra Group, said that a mild recession may benefit India as commodity prices may cool off in the near term, easing the pressure on the current account deficit and in turn the rupee. However, he had also warned that “we all go down” in case of a deep recession.

It is clearly going to be a tight-rope walk for RBI. As Chowdhury of Acuite puts it, RBI will have to balance the growth inflation dynamics carefully – engineer a soft-landing by tackling the price gains, while trying to ensure growth impulses remain alive.