Festive season to get merrier; survey shows 1 in 3 households to spend over Rs 10,000 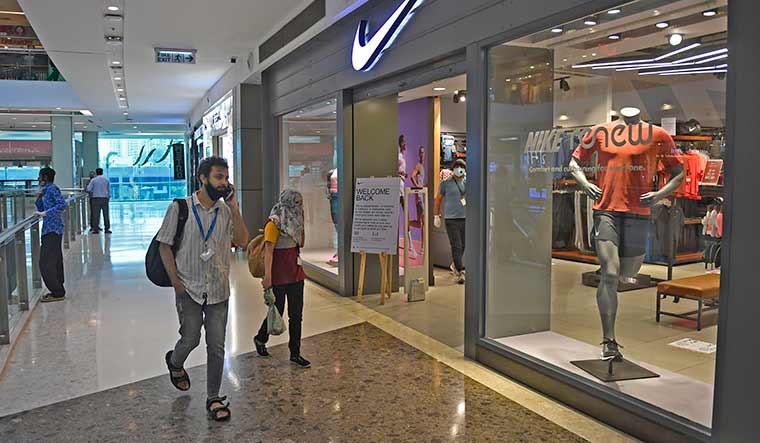 Back in business: A shopping mall in Mumbai | Amey Mansabdar

The arrival of October heralds India’s vibrant festive season. Festivities over the past two years have been muted due to the pandemic. This year is expected to draw people out of their homes in joyous celebrations. A recent survey shows that one in three Indian households will spend over Rs 10,000 this festive season. Largely money would be spent on Diwali supplies, home renovations and groceries, according to the survey conducted by Local Circles, a community social media platform. The overall festive season spending this year is likely to exceed $ 32 billion, states the survey.

The findings of the survey also revealed that footfall in stores and markets is expected to see a rise by 20 per cent.

With the prices of fuel and essentials like milk and edible oil spiking, people, especially from the middle and lower classes are facing the heat. 65 per cent of the households plan to spend this festive season while 35 per cent said they would refrain from spending.

The study has also found that the prevalence of Covid has dipped and therefore there is an increase in people stepping out for shopping.

49 per cent of household consumers want to be physically present in stores, malls or markets. Last year, the percentage of such people was 40 while this year it has risen to 49 per cent and this is largely due to reduced Covid cases and Covid fear. Safety concerns and convenience, had last year, saw 13 per cent of consumers opting for home delivery. Online shopping has come down from 13 per cent in 2021 to 5 per cent in 2022 the survey report reads.

All in all, 2022 is likely to be a strong festive season and should give the needed impetus to the manufacturing, services and travel and tourism sector.