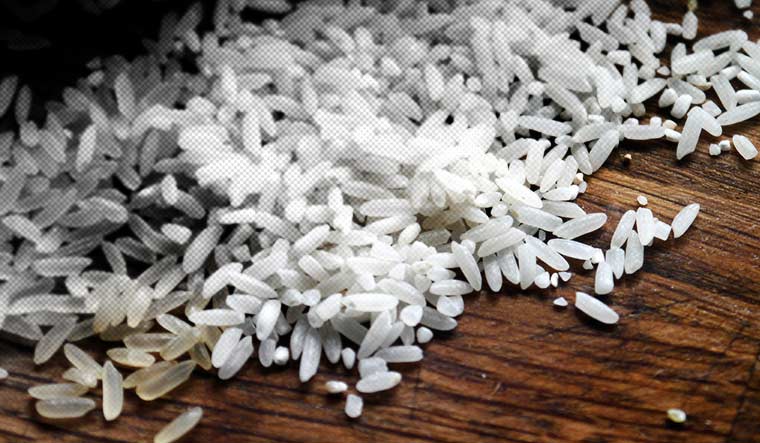 Domestic rice prices are showing an upward trend and it "may continue to increase" due to low kharif production forecast and 11 per cent jump in export of non-basmati rice, the food ministry said on Thursday.

The statement was made in the fact sheet that the ministry issued detailing reasoning behind recent amendments to the India's rice export policy.

The ministry also said the recent changes in India's rice export rules "have helped keep a check on domestic prices" without reducing the availability for exports.

Early this month, the government had banned export of broken rice and imposed a 20 per cent export duty on non-basmati rice to boost domestic supplies paddy crop acreage in this kharif season.

In its fact sheet, the food ministry said, "The domestic prices of rice are showing increasing trend and it may continue to increase due to low production forecast by about six million tonnes of paddy and 11 per cent increase in export of non-basmati rice compared to corresponding period of last year."

Domestic broken rice price, which was Rs 16 per kg in the open market, has increased to about Rs 22 per kg in states, it added.

Poultry and animal husbandry farmers were impacted the most due to price hike in feed ingredients, the ministry said, adding it is because about 60-65 per cent inputs cost for poultry feed comes from broken rice.

"Any increase in prices of feedstock are reflected in price of poultry products like milk, egg, meat etc. adding to food inflation," it noted.

According to the ministry, the international price of Indian non-basmati rice is selling around Rs 28-29 per kilogram, which is higher than the domestic price. An export duty of 20 per cent on non-basmati rice would lead to lowering of rice prices.

The ministry said domestic rice production is estimated to declined by 6 per cent to 104.99 million tonnes in the 2002-23 kharif season.

The ministry further said the ban on export of broken rice, which is used in poultry feed, was imposed following a rise in the grain's exports in recent months, which had put pressure on the domestic market.

"This is a temporary measure which has been undertaken for food security concerns of the country keeping in line with the achievement of SDGs (Sustainable Development Goals)."

The changes have been done keeping in mind the need to support the ethanol-blending programme that saves costly oil imports, and to help the animal husbandry and poultry sectors by reducing the cost of animal feed that has a bearing on the price of milk, meat and eggs, it said.

There has been a rise in global demand for broken rice due to geo-political scenario which has impacted price movement of commodities, including those related to animal feed.

The government has not made any changes in the policy relating to par-boiled rice so that farmers continue to get good remunerative prices. Similarly, no change in policy in basmati rice.