It comes in mid-size category 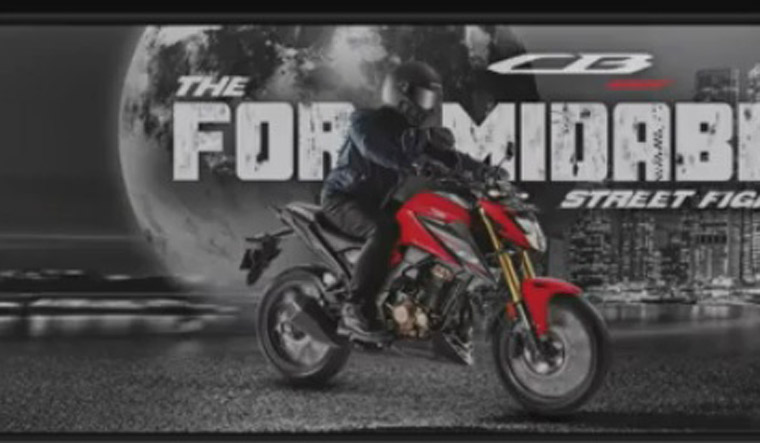 Honda launched a Rs 2.25 lakh premium motorbike in India on Monday, in line with the attempts of the two-wheeler brands in the country to survive an uncertain market where the once go-to commuter market is shrinking.

It is also deeply symptomatic of how price rise is slowly whittling down the cost-conscious entry-level market in India, the biggest two-wheeler market in the world.

Honda’s launch of CB300F, a 293cc 6-speed transmission model, would technically come in the mid-size category as far as motorcycles are segmented. However, with bikes above 750cc not being made in India and having barely a market, the mid-size category is what passes off as premium in the country.

It is also a category that almost all the bike makers are eyeing more closely — TVS, so far specialising in the commuter segment, recently turned heads when it launched a 225cc model.

The reasons are not far to seek — right from the transition to BS-VI, to lockdown aftermath and semiconductor chip shortage, two-wheeler sales in the country has been shrinking.

Ever since the second wave, the price increases, forced by anything from increase in the price of raw materials to overall inflation in the country, hitting record levels, rural two-wheeler buyers, ‘the bread-and-butter’ of the two-wheeler industry, have shrunk.

With an overall uncertainty over fuel prices, inflation, crops being impacted by extreme weather and how a looming recession would finally play out, it is not a market to depend on like earlier, bike makers have concluded. The way out? Focus on the premium segment, where the post-Covid K-shaped recovery has spawned a set of flush-with-cash customers who don’t mind spending for a lifestyle that is now within their reach.

A similar trend has also been noticed in the passenger car market, where the pocket-friendly hatchback is no longer heralded, with even small car champ Maruti Suzuki in a desperate race to bring out premium SUVs.

“The two-wheeler landscape in India is undergoing a big shift as we move up the motorcycle category,” said Atsushi Ohara, MD, president and CEO of Honda Motorcycles & Scooters India. “With an aspiration for a dynamic lifestyle, riding community is getting performance oriented and looking forward to a big bike experience.”

Honda, which has made its mark in commuter scooter segment with brands like Activa, also apparently wants to reposition the brand image to a more premium space. It had launched the ‘BigWings’ sub-brand (sort of like Maruti’s Nexa) specifically for this, though the economic downturn and the pandemic slowed it down. The launch of ‘the formidable street fighter’, as Honda bills the CB300F model, is well a reloaded shot at this strategy.