Phase-2 of Air India's recruitment drive was conducted on Saturday 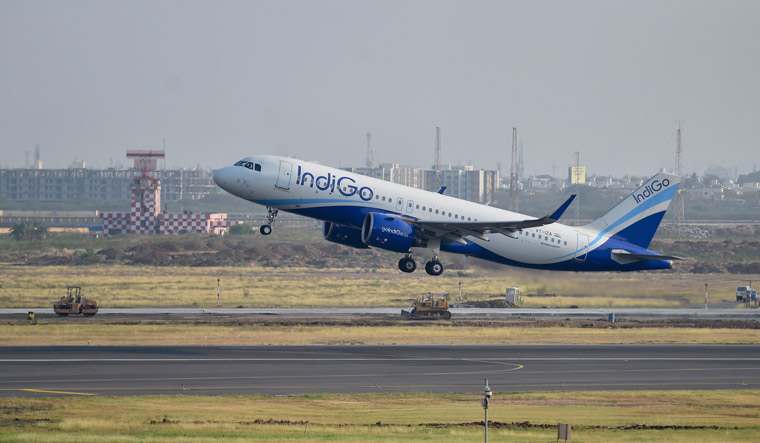 Fifty-five per cent of IndiGo's domestic flights were delayed on Saturday as a significant number of cabin crew members took sick leave, with sources in the industry saying they ostensibly went for an Air India recruitment drive.

When asked about this, Arun Kumar, who heads the aviation regulator DGCA, told PTI on Sunday, "We are looking into this."

The phase-2 of Air India's recruitment drive was conducted on Saturday and a majority of IndiGo's cabin crew members who took sick leave went for it, the sources in the industry sources added.

IndiGo and Air India did not respond to PTI's requests for statements on the matter.

According to the Ministry of Civil Aviation's website, 45.2 per cent of IndiGo's domestic flights operated on time on Saturday.

IndiGo CEO Ronjoy Dutta had on April 8 told employees through an email that raising salaries is a difficult and thorny issue but the airline will constantly review and adjust wages based on its profitability and the competitive environment.

IndiGo had on April 4 suspended a few pilots who were planning to organise a strike on Tuesday to protest against the pay cuts that were implemented during the peak of the COVID-19 pandemic.

The Tata Group took control of Air India on January 27, after successfully winning the bid for the airline on October 8 last year. Air India plans to buy new planes and improve its services, and it recently started a recruitment drive for fresh cabin crew members.

During the peak of the pandemic, Indigo had slashed the salaries of its pilots by as much as 30 per cent.

On April 1 this year, the airline announced its decision to increase the salaries of pilots by 8 per cent. It said that another hike of 6.5 per cent will be implemented from November onwards in case there are no disruptions. However, a section of pilots remained unsatisfied and decided to organise a strike.