Zomato is completely acquiring Blinkit for around Rs 4,447 crore 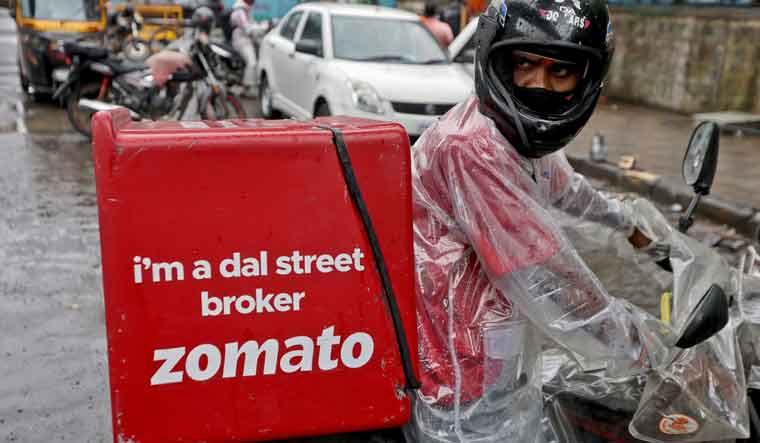 After competing hard in the food delivery space, Zomato is now set to battle Swiggy in the quick commerce space too, with its move to acquire Blinkit.

Zomato had already been an investor in Blinkit; in July 2021, it had picked up a little over 9 per cent stake in the company then known as Grofers. Now, Zomato is completely acquiring Blinkit for around Rs 4,447 crore. Investors, though were not enthused and the Zomato stock tumbled 6.4 per cent to Rs 65.85 on the BSE on Monday.

Zomato has been among the largest players in the food delivery space. The acquisition of Blinkit could well widen its scope of hyperlocal deliveries. The quick commerce (grocery deliveries in less than 30 minutes) space can offer a large complimentary profit pool for players like Zomato that have over the years built significant expertise in on-demand services, pointed Swapnil Potdukhe, analyst at JM Financial Institutional Securities.

Shivam Bajaj, Founder & CEO at Avener Capital added that this deal shall provide cross-selling opportunities to Blinkit by gaining access to the 15 million active monthly users of Zomato and vice-versa.

“Further, the merger might yield synergies in terms of better utilisation of Zomato’s hyperlocal delivery fleet and consequently reducing their cost of delivery,” he said.

However, unlike food delivery, where Zomato and Swiggy are the two major players that have a dominant market share, quick commerce, although nascent, is already a fiercely competitive place. Zomato will now have to compete with Swiggy Instamart, JioMart, Google and Reliance-backed Dunzo, Zepto, Tata-owned BigBasket’s service BB Now, Flipkart Quick and Amazon Fresh.

Zomato as well as Blinkit currently make losses. The fight with deep pocketed players like Reliance, Tata, Amazon and Flipkart for a larger share of the quick commerce pie could further delay Zomato’s own profitability ambitions, say analysts.

“Due to limited financial and operating data, nascent operational history and intense competitive intensity, we conservatively forecast Blinkit to turn profitable only by financial year 2027. As a result, we believe that the path to profitability for Zomato group (post the acquisition) can get extended by at least a year (from FY2025 to FY2026),” said Potdukhe of JM Financial.

Bajaj of Avener also said given the high cash-burn and intense competition in the sector, it would be interesting to see how this “expensive investment” by Zomato pans out.

The growth opportunities in this space are immense. According to Kotak Institutional Equities, the grocery quick commerce industry size is expected to grow from an estimated Rs 3,500 crore in 2022 to Rs 10,000 crore in 2023 and Rs 20,400 crore in 2025.

But, the costs will also be high, compared with just food delivery.

“Grocery delivery requires balance sheet investment into capex (setting up the dark stores including facilities such as cold storage equipment) as well as working capital (the inventory is on the books of the online grocer),” said Garima Mishra of Kotak.

So, the overall cash requirement will be higher than that suggested by contribution margin (after fulfillment, delivery and hub costs). Mishra expects the industry as a whole may incur $750 million of cash burn over the next three years.

The food delivery industry has already gone through a wave of consolidation. Tinyowl merged with Runnr, which was itself acquired by Zomato in 2017. Zomato also acquired UberEats in 2020. Elsewhere, Foodpanda was snapped up by Ola in 2017 and Scootsy was acquired by Swiggy in 2018.

The quick commerce space could also see some consolidation over a period.

“Quick commerce has five extant players (Instamart, Blinkit, Zepto, Dunzo, Ola) with possibly a few more in the offing (BB Now, Flipkart Quick). While business models and customer offering vary across players, we believe consumers of quick commerce may initially be limited to top 10 or 15 cities. In such a scenario, once the initial phase of cash burn is behind, companies will look towards a sustainable business model; this may drive consolidation in the phase,” said Kotak’s Mishra.