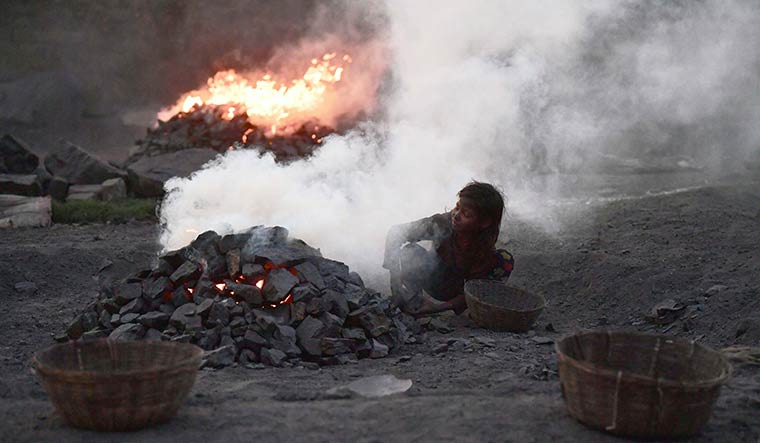 The government last month issued direction to power producers to import coal and blend it with domestic supplies in the wake of the shortage.

Even as countries around the world are committing to a greener future, demand for coal, which still accounts for a large chunk of the power generated in many countries, continues to rise. With supply of the fossil fuel remaining tight, prices are expected to remain firm this year, say experts.

Coal prices have risen sharply this year amid rising demand. In India, for instance, peak electricity demand touched a record 210,793 MW on June 9. Heat wave conditions in many parts of the country earlier this year led to power demand surging. With coal supplies limited, there were power cuts in many parts in April. The situation has improved, with Coal India increasing production of coal. But, the country is still facing a shortage.

The government last month issued direction to power producers to import coal and blend it with domestic supplies in the wake of the shortage. Even Coal India has floated tender to import coal for power producers. This is the first time in years it has done so. NTPC, the largest power generator in India, has also floated tenders for coal imports. These various tenders may push up India’s coal imports by around 20-25 million tonnes in 2022, compared with 2021, estimates S&P Global Commodity Insights.

Coal demand is rising elsewhere, too. For instance, Russia’s invasion of Ukraine prompted the European countries to reduce their dependence on Russian coal and gas supplies. The alternative? Higher coal imports from countries like the USA, Australia, South Africa and Colombia.

Japan also remains a strong importer of coal, given several of its nuclear power plants remain suspended following the Fukushima nuclear disaster a decade ago.

Australia, Indonesia and Russia are among the largest exporters of coal. The US, South Africa and Canada are the other key exporters.

But, supply hasn’t kept pace with demand. Why? Capacities haven’t expanded. Some countries in fact announced plans to close some mines in a bid to push clean energy. The Chinese banning coal imports from Australia last year put pressure on other exporters.

“Thermal coal supply is expected to continue to be tight in the near-term as we are not seeing any capacity expansions at various producing regions. On the other hand, demand from major consumers like India is picking up in the light of the current energy crisis, which many countries are facing,” pointed Deepak Kannan, head of global coal pricing at S&P Global Commodity Insights.

The rising demand, coupled with the Russia-Ukraine conflict, has sent prices soaring. The price of South African coal (5,500 kcal/kg) topped $400 per tonne in March this year from around $110 a tonne in January. Prices have since cooled, but remain around $250. Similarly, Colombian coal (6,000 kcal/kg) prices too have risen from around $150 a tonne in Jan to over $250 a tonne.

Chinese demand expected to pick as power utilities start stocking up for the winter season, may lend a support for the higher prices in the near-term, estimates Kannan.

“The market is well balanced in terms of demand and supply and that may keep prices stable in the near-term with an upward bias,” he said.

Higher prices are a big worry for importers like India. Many independent power producers, especially those that had plants on coast, actually used to find importing coal more cost effective. But, amid the surge in prices, they have either had to look for coal supplies domestically, or simply cut production.

Coal India has increased its production, which coupled with the additional imports should hopefully help Indian power utilities stock up and avert any fresh shortage by September-October.