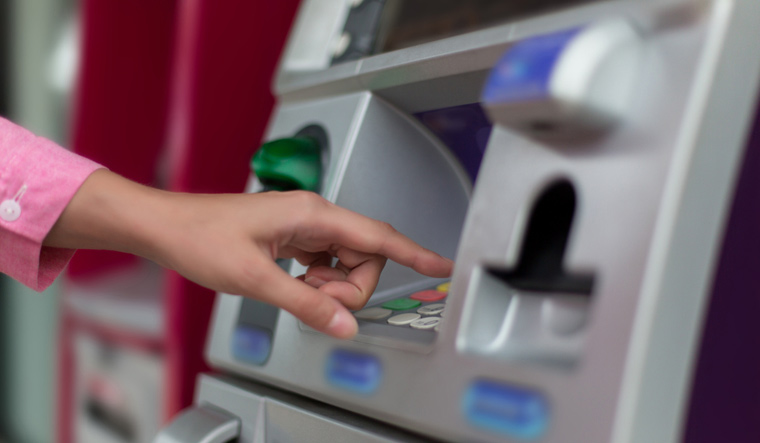 Card-less cash withdrawal allows a customer to withdraw money from any ATM without using a debit or ATM card.

“National Payments Corporation of India (NPCI) has been advised to facilitate unified payments Interface (UPI) integration with all banks and ATM networks. While UPI would be used for customer authorisation in such transactions, settlement would be through the National Financial Switch (NFS) / ATM networks,” the central bank said in a circular.

How will this system work?

As the name implies, card-less cash withdrawal allows a customer to withdraw money from any ATM without using a debit or ATM card.

Currently, if you want to withdraw cash, you need to carry your debit card to an ATM, insert the card in the ATM machine, key in your pin and withdraw the amount of cash you want.

In a card-less cash withdrawal, users may remove money using a UPI application on the smartphone.

“To avail this service, the customer should first select an option to pay via UPI on the ATM. It is followed by scanning the QR code on your UPI app and entering your pin on the smartphone,” explains Mandar Agashe, founder, Sarvatra Technologies, a banking solutions provider.

Card-less cash withdrawal is already available. But, only some banks offer it and only existing customers can withdraw cash without cards from their own bank ATMs.

HDFC Bank, the country’s largest private sector lender, says on its website, card-less cash withdrawal request can be initiated for a minimum of Rs 100 per transaction and up to a maximum of Rs 10,000 per day or Rs 25,000 per month for a beneficiary.

State Bank of India also notes on its website the service is present on a limited number of ATMs and all ATMs will get covered shortly.

“Interoperability will allow customers to withdraw cash from all ATMs across India or at any store nearby, facilitating greater participation of customers across various segments, especially at the last mile,” said Anand Kumar Bajaj, founder and CEO of fintech PayNearby.

Card-less cash withdrawals will help in reducing frauds at ATMs. There have been incidents of the debit cards being skimmed, or ATMs being tampered by crooks, especially in ATMs that are in less-crowded areas. There have also been cases of senior citizens being tricked when some one exchanges their cards in ATMs.

With card-less cash withdrawal facility, “One need not have to carry the physical card or not have to worry about forgetting it at home. Because the user is not inserting the card into the ATM, card phishing or skimming risks are minimal. Since the customer is not inputting their PIN on the ATM, transaction security is greatly enhanced,” said Agashe.

This form of cash withdrawal system will add ease and efficacy while ensuring safety and security, agrees Bajaj.

“The lack of need for physical cards would help prevent frauds such as card skimming, card cloning and device tampering.”

Once NPCI enables UPI integration in all banks and ATM networks, this system can be picked up by all, added Bajaj.

Earlier, one could use UPI for only funds transfer and bill payments. This move by the RBI asking all banks to allow card-less cash withdrawals will give a boost to UPI.

Withdrawal limits for interoperable card-less cash withdrawals shall be in-line with the limits for regular ATM withdrawals, the RBI said in its circular.