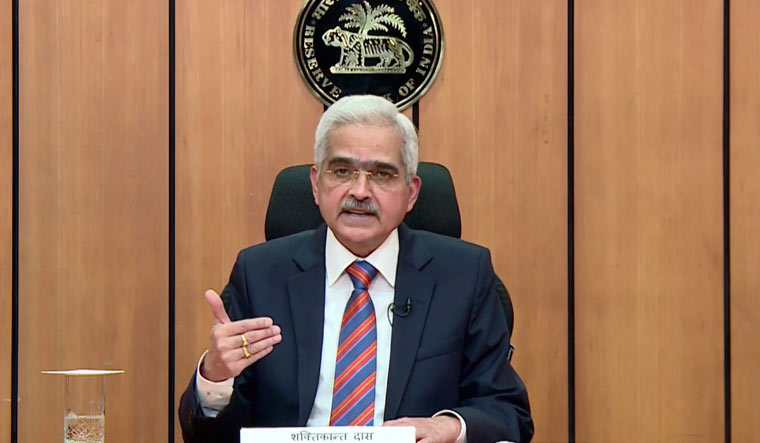 Prior to Wednesday’s sudden monetary policy committee meeting, the Reserve Bank had left the benchmark Repo rate on hold at 4 per cent for 11 consecutive times. Even as the overarching mandate of the RBI has been to target retail inflation at around 4 per cent within a band of 2-6 per cent, boosting growth gained precedence amid the economic slowdown that began in 2019 and worsened in 2020 due to COVID-19.

As inflation had started gaining traction across the globe in the past several months, first due to supply-side bottlenecks due to the pandemic and then due to the Russian invasion of Ukraine, the RBI began mopping up liquidity from the system, but still felt it was necessary to keep interest rates on hold to nurture an economy that was still recovering.

However, last month, even as the repo rate was left unchanged, through various others measures and commentary, RBI clearly signalled that inflation was indeed a growing concern and the interest rate cycle would eventually turn.

RBI Governor Shaktikanta Das had in April voted in favour of retaining the repo rate as well as the accommodative stance while focusing on withdrawal of accommodation, to ensure “inflation remains within the target going forward, while supporting growth.”

But, he also said “the situation is dynamic and fast changing, and we should constantly re-assess the situation and tailor our actions accordingly.”

How fast would the RBI act was the question? Many expected it would start with a rate hike in June. Some, felt it would not be until August. The RBI sprang a surprise by announcing repo rate hike of 40 basis points and a 50 basis points increase in the cash reserve ratio in May, a full month ahead of its next scheduled meeting. The CRR hike is aimed at withdrawing almost Rs 87,000 crore in market liquidity.

With the rate hike, RBI has tilted significantly towards its price stability objective, pushing behind the immediate focus on growth stimulus, says Dhananjay Sinha, MD and chief strategist at JM Financial Institutional Securities.

“Breaking away from the timeline of scheduled announcements, RBI's announcement of a 40 bps hike in the repo rate to 4.40 per cent soon after unchanged policy rates and accommodative stance in the April announcement is an indication that the central bank is making an early move to recalibrate its normalisation trajectory against the reality of higher-than-projected inflation and fast US monetary policy normalisation,” he said.

Retail inflation in March touched a 17-month high of 6.95 per cent. This was almost a full percentage more than the upper end of RBI’s inflation target. As the petrol and diesel price hikes initiated by fuel retailers from the end of March get factored in, apart from price hikes in other segments like edible oil, the April inflation print is expected to be even higher.

In many developed markets interest rates are at multi-decade highs, forcing central banks globally to abandon their easy money policies they had unleashed amid the pandemic. The US Federal Reserve had already raised its benchmark rate by 25 basis points in March and followed it up with a  sharper 50 bps hike on Wednesday. The Bank of England has raised interest rates for three consecutive meetings now. So, in a sense the RBI has played a catch up with Wednesday’s off-cycle action.

“We see the repo rate hike as a reaction to the March inflation print of 7 per cent along with the possibility of the upcoming April print being around 8 per cent. The inflation trajectory staying above the 6 per cent mark for three quarters is almost given...Hence, the off-cycle rate hike should be seen as a remedial action to acknowledge failure to adhere to inflation targets,” said Suvodeep Rakshit, senior economist at Kotak Institutional Equities.

The weakening economic impact of the pandemic, progressive normalisation of growth impulses, sharp upside risks to inflation and the need to be in sync with global interest rate cycle, warranted the commencement of withdrawal of the pandemic era monetary policy accommodation, said Suman Chowdhury, chief analytical officer at Acuite Ratings.

Wednesday’s rate hike by the RBI could just be the beginning of several round of rate hikes feel economists, including Chowdhury.

“Given the tone of urgency in RBI’s statement to signal the altered inflation-growth dynamics, we expect another 60 bps hike in the repo rate in the rest of financial year 2023. Further acceleration in global commodity prices could potentially tilt the balance in favour of additional repo rate hikes, thereby taking the repo rate to the pre-pandemic level of 5.15 per cent or higher,” said Chowdhury.

“After the 40 bps hike, the real repo rate would still be -1.6 per cent (4.4 per cent minus core inflation of 6 per cent), significantly lower than an estimated neutral rate of 1 per cent. And if the RBI wants to achieve price stability through monetary policy normalisation, the real rate has to go above 1 per cent. Thus, there is plenty of room for further rate hikes and liquidity normalisation, going forward,” he said.

With the RBI moving to tighten the monetary policy, loans will become expensive as banks will now raise their lending rates. Fixed deposit rates too would rise. The hope is this would help reign in the runaway inflation at least to some extent.

In the MPC meet in April, the RBI had raised the inflation forecast for the year ending March 2023 to 5.7 per cent from 4.5 per cent. Given the inflation trends, the central bank may well have to further revise its forecasts upwards.