Scrawled Stories’ Success Story: What it Takes to Win on Social Media by Sanket Desarda 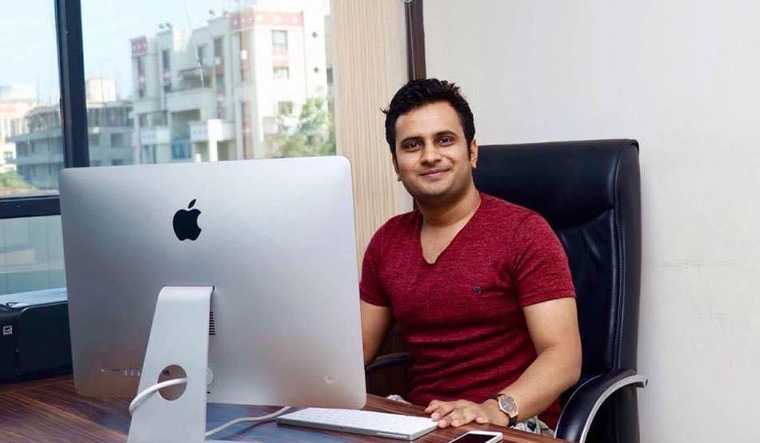 Is there anyone who isn’t familiar with social media and what it entails? I suppose not. Let’s face it: we are bound to mindless scrolling and an abundance of content for a majority of the day. Our minds are fed with information (and memes!) in a continuous flow. It’s quite safe to say that social media is booming. And thanks to the same platform, Scrawled Stories, through its micro-tales and snippets, keeps the art of words and dialogue alive and much livelier.

Scrawled Stories has emerged to be one of the greatest leaders and name in the social media biz (and buzz!). There wouldn’t be anyone who wouldn’t know the brand, given its widespread reach and notable collaborations. Under the ownership and guidance of Sanket Desarda, Scrawled Stories has reached levels of amazing success.

Sanket Desarda, an MBA graduate in Finance, hailing from a Marwadi family, was always expected to live the generic life – get a good job, earn a sufficient living and carry the family name ahead. However, Sanket chose a path of his own. Despite having the highest offer from a leading company, he chose to pursue his dream of making a mark in the digital space. From straining for a constant of 8 months, penniless to earning six and seven figures through social media itself, Sanket has only always had straight faith and belief in his dream.

His company Digihub Media Pvt. Ltd. is a government recognized company and is a well-known name in the social media business. So, what does it take to make it on the digital space?

“Patience is the key to growth in social media”, says businessman Sanket. And true enough, the fruits of his success are clearly visible through the growing numbers of Scrawled Stories, and many other brands that he has begun, taken over and upscaled. Collectively, he hoards a whooping 30 million followers across all socials.

Today, with over 5000 posts across all social media sites, Scrawled Stories has risen to be a dominant player in the field, with more than 3 million spectators. Every post that is uploaded on Scrawled has the potential to go viral, with multiple story uploads, shares and saves. What’s more? It gives a chance for budding writers and creators to be featured and discovered through Scrawled. That’s the power of Scrawled Stories.

Scrawled grew and dominated in the age where no one was aware of micro-tales and short storytelling. And seeing Scrawled Stories grow, adapt and succeed in the way that it did (and continues to do so), many other pages began to adopt and use the same theory. Even then, Sanket’s vision and goal remained unperturbed.

Scrawled Stories caters to quality over quantity, and believes in delivering only the top-notch content that the audience will relate to. Anything that doesn’t align with the audience is simply not accepted. And this goes to show that social media always favors content that holds potential to be seeped into the heart and mind of the viewer.

What began small, is now a brand that caters for itself on its own through the relentless focus and commitment put in by Sanket. What began single-handedly, is now a joined effort of multiple members and teams. There is no greater feeling of happiness than the one that’s derived from fulfilling your dreams, and Sanket has proved to be one such example.

“All in all, it takes immense hard work, tenacity, but mostly that the faith in what you want to achieve. Because trust me, you’ll fail. You’ll fall and want to give up. But it’s in how you rise that will determine your success”, concludes Sanket.