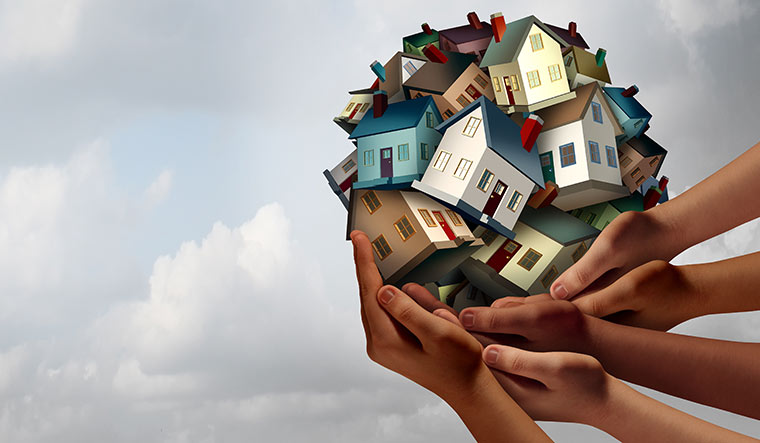 Planning to buy a new house? Get ready to pay more as developers across the country are set to raise prices in the wake of rising cost of construction materials like steel and cement.

Residential real estate prices are expected to go up at least 10-15 per cent in the coming months, according to Harsh Vardhan Patodia, president, Confederation of Real Estate Developers Association of India (CREDAI).

“For the last one year, developers have been able to absorb the rise in the cost of construction to steer the industry’s growth, post the pandemic. However, with thin margins, this will eventually have to be passed on to the buyers which may not augur well for the industry’s growth momentum,” said Patodia.

Prices in the Maharashtra market have already been increased by 5-8 per cent in April, according to Boman Irani, president elect, CREDAI.

Commodity costs have been on the rise over the last several months, in the wake of supply chain constraints due to Covid-19 pandemic, an issue which has only worsened due to the Russian invasion of Ukraine. According to CREDAI officials, steel prices have touched Rs 90,000 per tonne at present, compared with Rs 39,000 a tonne a year ago. Cement cost has also gone up by over Rs 100 a bag, they said.

In the backdrop of the Covid-19, housing demand has risen over the last few quarters. According to consulting firm Anarock, housing sales in top seven cities in the country rose 71 per cent in the January-March quarter to 99,550 units, compared with 58,290 units sold in the year ago quarter.

New launches across the top seven cities also gained 43 per cent to 89,150 units in the first quarter of this year, from 62,130 units, in the same period a year ago.

Due to the continuous rise in cost of raw materials, developers have been left with no choice, but to raise prices, said Patodia. CREDAI conducted a survey with 1,849 developers and 78 per cent of them said cost of construction has risen by 20-30 per cent per cent or more. As many as 66 per cent of the developers said they may have to temporarily stop procurement and shut construction sites if there was no respite.

Some of the developers are also mulling slowing down the pace of construction, say officials. This could lead to some delays in project deliveries.

Developers, meanwhile, have sought the intervention of the government. Providing GST input credit on building materials, incentivising consumers through discount or waiver of stamp duty and reducing interest rates are some of the demands made by them.

Interest rates, though, are only going to go up from here on as the Reserve Bank of India continues to normalise its monetary policy. It has already taken steps to normalise the liquidity corridor and is expected to raise the benchmark repo rate later this year.