As Russia-Ukraine crisis escalates, gold lives up to its sobriquet ‘safe haven’

Consolidation phase of gold seems to have ended, price expected to surge soon 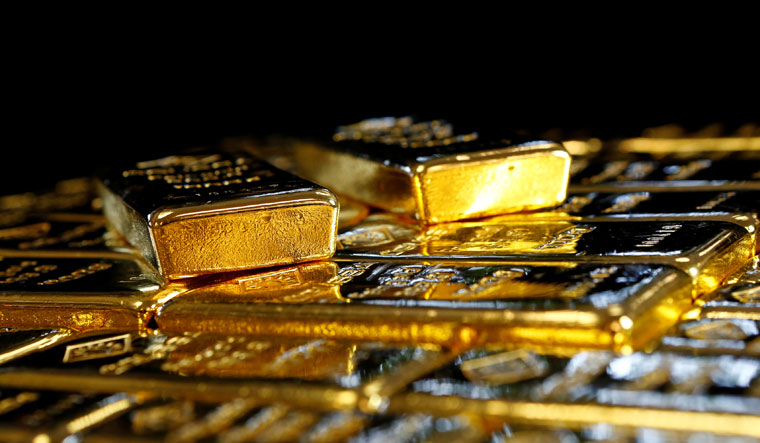 Gold is getting its shine back in 2022 after a consolidation that lasted for more than a year. Gold and silver futures traded higher on Wednesday, taking cues from the international spot rates as the Russia-Ukraine crisis boosted demand for gold.

Gold, which was in a pull-back or consolidation phase for over a year, is preparing to surge again, and the price could go higher as the Russia-Ukraine crisis intensifies.

The crisis shows that gold is once again a safe haven asset. High inflation and geopolitical tensions are key tailwinds for the strength in gold prices, and it may continue to shine throughout 2022 because inflation is likely to remain on an elevated level and geopolitical uncertainty is expected to continue.

“Gold is a safe haven to hide in times of uncertainty; it is also a good hedge against inflation. European countries, the United States and Japan have imposed sanctions on Russia due to a break of international laws which may further raise the prices of energy and industrial metals, leading to higher inflation because Russia is a major producer of these commodities. Equity markets witnessed a strong rally in the last one-and-a-half-years, but now we are seeing a correction and consolidation in the global equity markets, where investors are moving towards gold for proper diversification,” said Nirpendra Yadav, senior commodity analyst, Swastika Investmart Ltd.

He observed that the theory that cryptocurrency will replace gold is fading now as prices of most of the cryptocurrencies dropped significantly and it is believed that gold will get its mojo back from crypto assets. “Technically, Comex gold has created a strong base at the $1,680 level and now it is witnessing a breakout of symmetrical triangle formation that may push gold prices further higher where $1,970 is an immediate target while $2,050-2,100 is the next target zone. Rising interest rates and bond tapering in the United States are major headwinds for the gold prices as the US dollar will be strengthened. However, dollar strength will lead to weakness in rupee that will support the domestic gold prices. If we talk about domestic gold prices, then we can expect levels of Rs 55,000 to Rs 58,000 per 10 gm of gold over the next year while Rs 49,000 will act as a strong support level,” Yadav said.

Experts point out that because of inflation, which is at a  40-year high, the Fed (Federal Reserve System is the central banking system of the United States of America) will not raise rates high enough to suppress rising prices effectively. “Gold thrives during Fed rate hike cycles. Despite gold futures speculators’ paranoia, a half-century of market history has proven this out. Gold rallied strongly on average during fully two-thirds of all modern cycles. Gold has been a popular investment avenue in recent years and the momentum may stay bullish as markets finally begin seeing that inflation is anything but transitory. Gold has an excellent fundamental setup coupled with a highly constructive technical image,” remarked Naveen Mathur, director, commodities and currencies, Anand Rathi Shares and Stock Brokers.

He pointed out that in 2022, MCX Gold (Multi Commodity Exchange to trade gold and other commodities) has advanced by approximately 4.2 per cent owing to rise in safe haven investment demand after Russia-Ukraine geopolitical risk escalated and as growth concerns increased. “In the latest developments, President Vladimir Putin ordered troops into two Moscow-backed separatist regions of eastern Ukraine after announcing that he would recognise their independence, a move that was condemned as a violation of international law and Ukraine's sovereignty by several nations. As an immediate impact, the safe investment demand grew sharply in 2022, holding at the SPDR (Standard and Poor's depository receipt), Gold ETF (exchange-traded fund) rose to 1,024 tonnes as on February 22 from 975 tonnes on December 31,” Mathur said.

There are speculations that gold prices may increase further if the Russia-Ukraine conflict escalates. “Investors may want to come out of riskier assets like equities and move to safer ones like gold. War times also result in central banks preferring buying gold to cushion their currencies which will also help the bullish case in gold. Gold prices may get hit if the US announces rate hikes. A high interest rate would result in investors chasing a yield generating asset rather than gold,” observed Vikas Singhania, CEO, TradeSmart.

It is widely known that international gold prices have moved north during the past few weeks, sustaining around the psychological mark of $1,900 which was previously tested in May 2021. The price has formed a double bottom formation on the daily chart which has neckline resistance near $1,917. “The near term trend is likely to remain marginally bullish over this resistance as US 10-year bond yields started falling towards support of 1.70. In our view, the incline in gold price was initially brought about by spiraling levels of inflation reaching a 40-year high. Also, geopolitical tension between Russia- Ukraine will continue to support this short term price hike,” said Kshitij Purohit, lead commodities and currencies, CapitalVia Global Research Limited.