CEO Rohit Naidu: The Man On A Mission To Build A Sustainable India 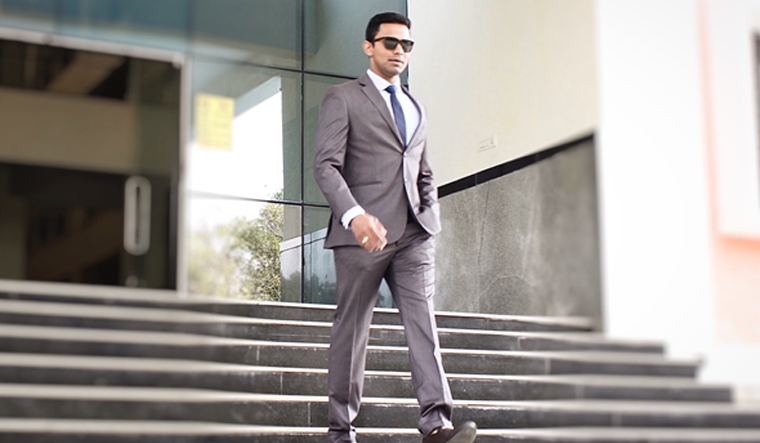 Rohit Naidu, CEO of iFortis Worldwide has helped numerous women strengthen their careers by helping them grow and acquire their dreams.

India’s next visionary entrepreneur and CEO of iFortis Worldwide, Rohit Naidu aims to empower the youth, men, and women of the nation with exceptionally rewarding opportunities. By enlightening them with diverse competency levels that could be used to vanquish the toughest challenges.

The coronavirus pandemic has thrown light on numerous conspicuously coexisting socioeconomic and environmental issues. Whether it issues such as hunger, unemployment, poverty, or the rising gender gap in workplaces, the youth of the nation, especially the women in India are all struggling harder than ever to survive this toll.

However, new generation leaders such as Rohit Naidu, who truly believes in the true potential of the youth and women of the nation, are on a mission to build a sustainable tomorrow. He strives to maximize their true capability and potential by imparting the requisite skills to the women as well as the youth of the nation through his corporate training programs.

As a global corporate citizen and a passionate youth himself, he admires cultivating essential confidence in the youth of the nation. He does so, by providing the youth with practical exposure in various facets of business and management through his incredibly knowledgeable corporate training programs. Such unparallel and strenuous efforts by the visionary entrepreneur, Rohit Naidu, have finally brought in a ray of hope for the youth of the nation.

Rohit Naidu, as a mentor, has helped numerous young women strengthen their careers. He has helped them grow and acquire their dreams. He has also helped several women not only become self-reliant but also develop a unique and futuristic vision. Through not only valuing their efforts but also believing in them.

One of the youngest HR associates at iFortis Worldwide, Ritika Shekhawat shares her experience of learning under Mr. Rohit Naidu’s mentorship. She said, “iFortis gave me an opportunity to learn all about Human Resources Management and Organizational Development in a matter of 8 months. Now, I not only have the ability, skills, and experience to lead the HRM team but also how to recruit and retain talented staff. I owe my regards to the best mentor, Mr. Rohit Naidu, the man behind the mission to make women self-reliant.”

Ms. Ananya Dutta on how iFortis helped her says “iFortis Worldwide has added sparkles to my career. It has provided me with practical exposure in various facets of Human Capital Management and definitely helped me grow more towards my dreams. For this, I can only thank Mr. Rohit Naidu, who has such a unique and great vision of making women self-reliant. It feels blessed to get a mentor like him who valued my efforts and believed in me.”

The rising Indian entrepreneur Rohit Naidu got the morale-boosting encouragement to take a step in the right direction from his father, Mr. Soundararaj Naidu. His team at iFortis Worldwide also helped him get the crucial kickstart to move ahead with his daring but promising ventures. And also, to gradually diversify the operations of his company, iFortis Worldwide.

In the near future, CEO Rohit Naidu aims to have a stronger impact on the youth to make India the youth capital of the world. He believes he can do so through his contagious efforts to reduce inequality amongst the youth, and especially inequality amongst men and women of the nation. By fulfilling his social responsibility to build a sustainable and self-reliant future for them. Learn more about iFortis Worldwide at https://ifortisworldwide.com/