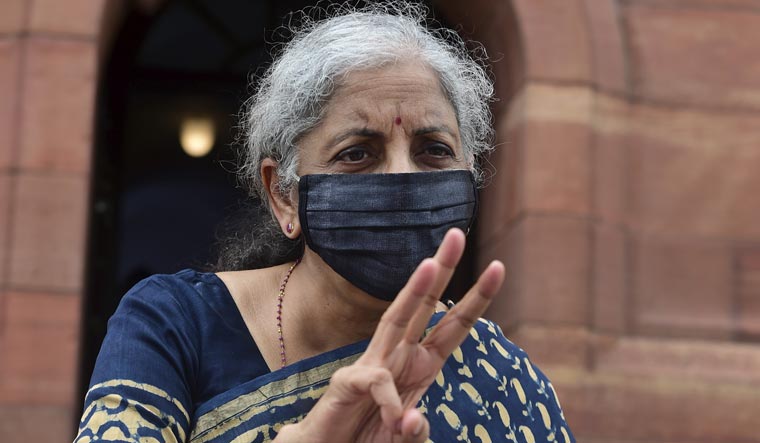 India's annual Budget will go green this year too, cutting down on the vast printing of documents that was associated with the presentation of tax proposals and financial statement of Asia's third largest economy.

The Budget documents will be available mostly digitally, with only a handful of physical copies, officials said.

The printing of several hundred copies of the voluminous Budget documents was such an elaborate exercise that printing staff had to be quarantined inside the printing press in the basement of North Block—the seat of the finance ministry—for at least a couple of weeks.

This quarantine and the beginning of the printing would begin with a traditional 'Halwa ceremony' attended by finance minister, deputy finance ministers and senior officials in the ministry.

Since coming to power, the Modi government has curtailed printing of the Budget copies, initially cutting copies distributed to journalists and outside analysts and then reducing those provided to Lok Sabha and Rajya Sabha MPs citing outbreak of the pandemic.

This year, the outbreak of the highly infectious Omicron variant has brought more curbs.

As a result, the symbolic halwa ceremony is being given a go-by, sources said, citing the prevailing pandemic.

However, a small group of staffers will undergo mandatory quarantine for the compilation of the digital Budget documents.

The documents are so bulky that a cotton bag used to be provided with each set to carry them.

Finance Minister Nirmala Sitharaman, who in her maiden Budget presentation in 2019 shunned the long-standing practice of carrying the speech and Budget document in a briefcase in favour of a 'bahi-khata' holding the papers, used a handheld tablet to read her speech on the last occasion on February 1, 2021. She came to Parliament carrying the gadget inside the red-coloured 'bahi-khata' cloth.

She will present her fourth Budget on February 1, 2022.

The 'halwa ceremony' was usually held 10 days prior to the Union Budget.

Last year, it was the first time since the presentation of independent India's first Budget on November 26, 1947, that the documents containing income and expenditure statement of the Union government along with the finance bill, detailing new taxes and other measures for the new financial year, were not physically printed.

Also, for convenience, the finance ministry had in 2021 launched the 'Union Budget Mobile App' for hassle-free access of Budget documents by Members of Parliament (MPs) and the general public.

As part of the ritual, 'halwa' was prepared in a big 'kadhai' (large frying pot) and served to the entire staff involved in the Budget making the exercise of the ministry.

The significance of the event is that after the sweet dish is served, a large number of officials and support staff who are directly associated with the Budget making are required to stay in the ministry and remain cut off from their families till the presentation of the Budget in the Lok Sabha.

They are not even allowed to contact their near and dear ones through phone or any other form of communication, including e-mail.