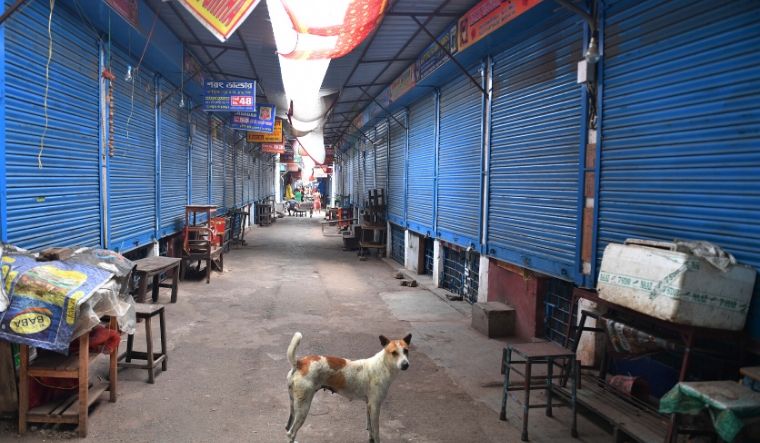 Economist Pravakar Sahoo is a professor at the Institute of Economic Growth (IEG) in Delhi and specializes in macroeconomics, international trade and investment, development economics, Infrastructure development and public finance. He has more than two decades of teaching and research experience and currently teaches Macroeconomics and International Economics to Indian Economic Service (IES) probationers. He has also served as a consultant to several national and international organizations and has also worked in India, South Asia, Japan, Korea, China and the US.

In an interaction with THE WEEK, he talks about different aspects related to the Indian economy on the eve of the forthcoming budget and the challenges that the economy faces. 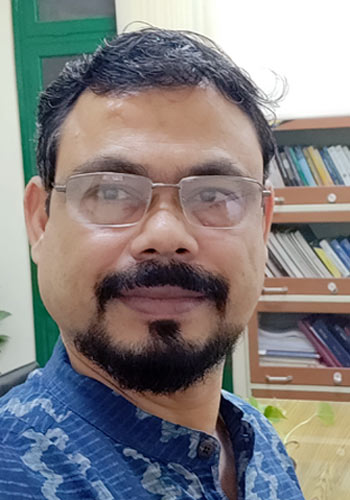 Economist Pravakar Sahoo, professor at the Institute of Economic Growth (IEG), in Delhi

What in your opinion is the current state of the Indian economy and where it is heading?

After witnessing a contraction of 7.3 per cent in 2020-21, the Indian economy has been recovering back to a modest growth trajectory—GDP growth of 20.1 per cent and 8.4 per cent in Q1 and Q2 in FY 21-22 compared to the negative growth rates of 24.4 per cent and 7.4 per cent in FY20-21. Many high-frequency indicators such as e-way bill by volume, merchandise exports, coal production rail freight traffic and GST collection [figures] indicate that the Indian economy remains on a steady path of recovery in the third quarter as well. However, the surge of Omicron and subsequent localized restrictions is likely to dent the growth momentum in the last quarter. If Omicron subsides in the next couple of weeks, the Indian economy may have a growth rate of 9 per cent for FY 21-22. However, as the low base impact evens out, the Indian economy will be back to 7 per cent growth rate in FY 22-23. Although the economy is likely to remain one of the fastest-growing economies in the world in the next fiscal as well, high oil and commodity prices, disruption in global supply chains, coal shortage, tight monetary policy to contain price rise etc could pose challenges shortly.

In terms of overall GDP growth, the economy is definitely in recovery mode. In fact, with 8.4 per cent growth in the Q2 of FY22, real GDP crossed the pre-pandemic level (Q2 output in 2019-20). However, the recovery is uneven—exports and formal sectors are doing well but the informal and services sector, particularly contact intensive sectors such as travel, tourism, hotels, trading etc are lagging. Some parts of manufacturing and MSME are still struggling with both demand and supply-side shocks. The disruption to the supply chain due to partial lockdowns both domestic and international is still not over affecting the supply of raw materials and intermediates and thereby production. Though the pent up demand after Covid is over, the continued economic uncertainty due to the ongoing Covid-19 pandemic is posing challenges to the process of economic recovery.

Government intervention should be directed towards expanding the demand through high Capital Expenditure (CAPEX) and removing the supply-side bottlenecks.

Do you feel that the economy is moving on the right path as there has been a steady price rise along with the steep rise in inflation? How can this be controlled and what measures are required on this front?

Caused by global supply chain disruptions and rising commodity prices inflation has become a major issue of concern in many economies including advanced countries like the US. In India, the retail inflation is quite close to the inflation targeting level (5.59 per cent in December 2021) which was the highest in the last six months. Given that the recovery process is uneven, inflation remains an important issue of concern. RBI’s latest Systemic Risk Survey (SRS) also flags domestic inflation as a major risk. Though RBI monetary policy is accommodative so far, any further rise in prices would force RBI to go in for a tight monetary policy which may not be a good thing for the recovering economy.

Both RBI and government need to monitor prices across sectors and take appropriate policies to taper inflationary expectations in overheating sectors. For example, the government has banned future trading in seven agricultural commodities to contain prices of the commodities.

What kind of steps should be taken in the budget to revive the Indian economy?

The real estate and housing sector, which is responsible for the slowdown of housing sector investment for some time, is looking good. So appropriate policies for the construction sector would be good. Increasing CAPEX and timely spending is necessary. The CAPEX was around 50 per cent of the budget estimate, indicating the sluggishness in capital expenditure across infrastructure ministries. Keeping in mind the long term requirement of the economy the R&D expenditure also needs to be incentivized.

Are any reforms required on the income tax front?

Given the financial situation due to the Covid-19 pandemic and the government’s efforts for higher CAPEX for revival and also welfare programs to support livelihood, the scope for reduction in tax rate looks limited. However, the budget should attempt to rationalize the tax structure that has limited or no adverse impact on revenue. For instance, currently, while the tax rate for most corporates is 25 per cent, entities like partnership firms and LLPs are taxed at 30 per cent. The tax rate on non-corporate entities may be reduced to 25 per cent.

How long do you feel it will take for the Indian economy to come back to pre Covid-19 levels? Anything on the GDP projections?

As mentioned previously, the overall GDP has achieved the pre-Covid level in Q2 but the contact intensive sectors like hotels, trade and transport are yet to touch that level. The current surge in Covid-19 infections is likely to contain the performance of these sectors. Challenges also remain about private consumption, private investment, inflation etc. However, given the mild nature of the current wave of the pandemic the economy is likely to continue its expansion and will achieve a growth rate of around 9 per cent in FY22.

Your perspective on the banking reforms? Is the bank amalgamation exercise showing promising results?

The government has undertaken several important initiatives, including 4Rs-Recognition, Resolution, Recapitalisation and Reforms, and amalgamation of banks, in the recent past to improve the banking sector. These steps are certainly welcome steps to improve the financial health of public sector banks in FY 2021-22. The combined profits of banks during the first two quarters of the current fiscal have been almost equal to the total profit earned during the previous year. I feel that the amalgamation exercise is good for operational efficiency and big-ticket project funding. The private sector banks have also witnessed better performance in terms of improved profitability and a decline in bad loans.

It is hoped that the Banking Laws (Amendment) Bill will be passed soon as it will facilitate the reduction of government holding in public sector banks from 51 to 26 per cent and hence the privatization. It is also expected that the government will soon go ahead with the proposal to strategic disinvestment and transfer of management control with regard to IDBI bank. However, the governance reforms in the PSBs are quite slow and we are not yet sure about the increase in the level of NPAs due to the pandemic.

What other measures are required to revive the consumer sentiments in the Indian economy?

Low consumer confidence remains a big challenge to the Indian economy. The latest Consumer Confidence Survey by RBI reveals that consumer sentiment is still below the pre-Covid19 level. Improvement in consumer sentiment is crucial for driving economic growth. Although India is now on par with its peers in terms of the corporate tax rate, its individual tax rates are on par with the countries with the highest tax rates. There is scope for rationalization of income tax rates which may augment the demand in the short run. Sector-specific policies and incentives may work also.

What steps can be taken to create jobs in the economy?

Job creation remains a major issue of concern for the Indian economy as the pandemic has exacerbated joblessness in the country. As per the CMIE data, the unemployment rate has increased to 7.9 per cent in December 2021 from 7 per cent in the previous month of November. The budget should come out with some scheme like PLI to incentivize job creation that could supplement the existing PLI. Focusing on labour-intensive sectors, including the MSME sector, would also be very crucial for employment generation.

Most of the world is ageing and many manufacturing giants including China are going away from labour-intensive manufacturing. It’s India’s opportunity to become labour intensive and a manufacturing hub for the world and benefit from favourable demographics.

Any possible impact do you see of the current third wave of the pandemic on the Indian economy especially on the MSME segment?

The current surge in Covid-19 infections is likely to have some adverse impact on contact intensive sectors in general and the MSME sector in particular. The growth of the MSME sector is crucial not only for job creation but for income distribution as well. The government has taken several steps, including the guaranteed credit scheme, in the recent past to enhance credit flows to MSME sector units under its post-Covid support initiative. The guaranteed credit scheme for MSME seems to have been useful for many MSME units. This scheme could be extended with the allocation of adequate funds.