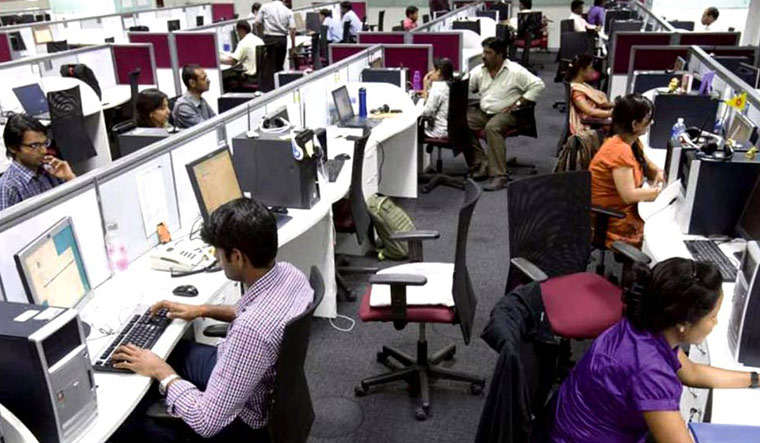 Businesses are looking up to the Punjab and Haryana High Court as it takes up a petition against the new law by Haryana that restricts private jobs in the state to locals.

The Haryana State Employment of Local Candidates Act came into effect this weekend. The contentious law reserves 75 per cent of jobs in the private sector in the state offering a salary of less than 30,000 rupees a month only to locals.

There is growing fear among the business community that this could lead to a flight of businesses and capital from the state, especially the tech and auto hub of Gurgaon (Gurugram).

The law requires private businesses to register on a job portal of the state labour ministry before hiring fresh employees. However, many businesses are reportedly on a wait-and-watch mode and would rather decide depending on how the High Court decides.

The petition against the new law has been filed by the business body Gurgaon Industrial Association (GIA), besides industrial associations of Rewari (an industrial belt close to the Rajasthan border), as well as Faridabad (an industrial hub adjoining Delhi). THE WEEK's email to GIA remained unanswered at the time of publication of this news item.

The case is set to come up for hearing on February 2.

“Such steps are neither in favour of industry nor for ease of doing business in the country,” said Pradeep Multani, president of the PHD Chamber of Commerce and Industry, adding, “The 75 per cent reservation will result in moving out of tech and automotive companies, specially MNCs, as these are based on highly skilled manpower.”

Gurgaon, not only Haryana's biggest city but also one of the richest and most urbanised hubs in the country, is home to many automobile factories, including Maruti Suzuki, Hero and Honda. Bordering the national capital Delhi, it is also home to many IT, telecom, fintech and SaaS firms that employ hundreds of thousands of professionals from all over India and the world. Most Fortune 500 global giants that operate in India have their country headquarters here, ranging from Google and Facebook to Pepsi and General Electric.

The fear now is that the new law will force a flight of capital and talent. “If Indian industry has to be competitive, we need the most efficient work force. Already, we had lost out to various peer economies such as Bangladesh in the textiles sector,” pointed out Multani.

The Haryana law was an election promise of the Jannayak Janata Party of deputy chief minister Dushyant Chautala – the minority BJP government of chief minister Manohar Lal Khattar needs Chautala's support if his government is to survive. The political argument is that the rapid land acquisition and industrialisation of Haryana, which was essentially an agriculture-based economy till then, has left its youth with fewer earning opportunities.

Originally the bill had a cut-off limit of 50,000 rupees as the monthly salary, though this was later brought down to 30,000 rupees. The law has a sunset clause limiting it to being in force only for ten years, at least as of now.

Similar nativist laws have been a popular promise of politicians on election eve in other states as well. Andhra Pradesh passed a similar law in 2019, after YSR Congress leader Jagan Reddy stormed to power after including it in his manifesto. States like Jharkhand, Maharashtra, Madhya Pradesh, Karnataka, Rajasthan, Gujarat etc are all in various stages of implementing similar policies, despite apprehension and opposition by businesses.