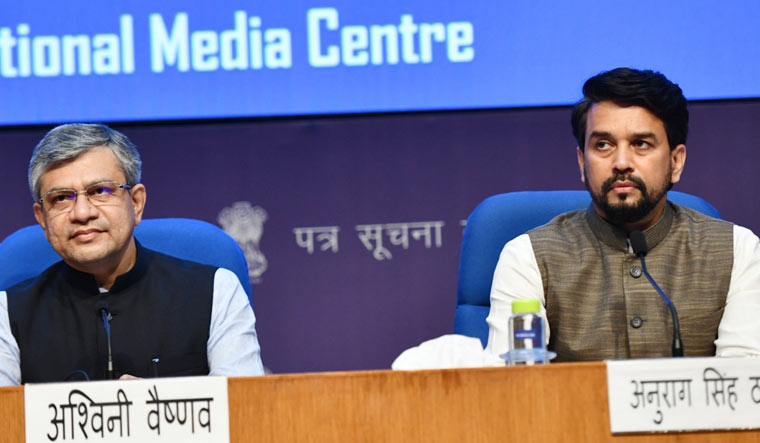 Delivering a much-awaited breather for telecom companies, the Union Cabinet on Wednesday announced a number of reforms for the sector.

Giving details, Union Minister for Telecom Ashwini Vaishnaw announced that "big reforms had been approved for the telecom sector under the leadership of Prime Minister Narendra Modi".

Vaishnaw said non-telecom revenue will not be included in the definition of adjusted gross revenue (AGR), attributing this as a “bold decision” of the prime minister. Vaishnaw added percentage of FDI in the telecom sector via the automatic route had been increased to 100 per cent.

Vaishnaw said the cabinet had cleared a moratorium on statutory dues from companies in the sector for four years. However, companies opting for the moratorium would need to pay interest for the period.

“There was a regime of heavy interest, penalty and interest on penalty on payment of license fees, spectrum user charges and all kinds of charges. It has been rationalised today. Annual compounding (of interest) will be done instead of monthly compounding,” he was quoted as saying by ANI.

The move is expected to provide relief to ailing Vodafone Idea, which has been staring at the payment of Rs 50,399.63 crore in statutory dues dating back to several years.

In its April-June earnings report, the total gross debt of Vodafone Idea stood at Rs 1.92 lakh crore, "comprising deferred spectrum payment obligations of Rs 1.06 lakh crore and AGR liability of Rs 62,180 crore that are due to the government, and debt from banks and financial institutions of Rs 23,400 crore," Economic Times reported.

Interestingly, when news of the moratorium started trickling in before noon on Wednesday, the shares of Vodafone Idea were trading 1.6 per cent higher at Rs 8.83 and Bharti Airtel stocks were up 5.1 per cent at Rs 729 on the BSE.

As part of the cabinet announcements, Union Minister Anurag Thakur announced a production-linked incentives scheme for the auto, auto-component and drone industries. Thakur announced the scheme would have a outlay of Rs 26,058 crore.

"Automobile industry contributes to 35% of the manufacturing GDP of the country. It is a leading sector in generating employment. If we speak of the global automotive trade, then we need to increase India's participation," Thakur was quoted as saying by ANI.