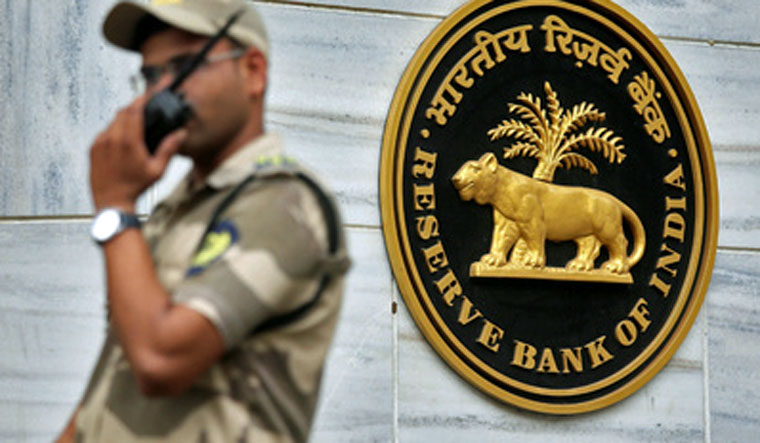 Over the last two years, first as the economy slowed sharply and then COVID-19 hit, the Reserve Bank of India swung into action and announced measures to ensure there was ample liquidity available in the market. Its benchmark Repo Rate was slashed 250 basis points since February 2019 to 4 per cent.

However, in the past few months, a rise in inflation has weighed. So even, as it has maintained an accommodative stance and the tilt has been in favour of supporting growth, the benchmark rate has remained unchanged for the past six monetary policy committee (MPC) meetings. The broader expectation is that the central bank will continue to wait and watch in the upcoming MPC meet that begins on Wednesday. The key decisions taken by the MPC will be announced on Friday.

RBI, for some time now, has maintained that it will do all it takes to revive the economic growth. However, over the last few months inflation has raised its head in many markets as a rebound in demand and supply constraints has driven up costs of many commodities and in turn finished goods. Transport costs have risen too.

The latest data released by the government showed that retail inflation in June rose 6.26 per cent. Although, its slightly lower than the 6.30 per cent Consumer Price Index inflation in May (that was highest in six months), its still above the RBI’s targeted band of 2-6 per cent.

Thus far central banks, including RBI, have treated the rise in inflation as transitory. Furthermore, with the economy still not completely out of the woods yet and worries over a possible third wave of COVID-19, the central bank is expected to maintain an accommodative stance.

“There is consensus in markets that the MPC will continue with its accommodative monetary policy given the continuing uncertainty on the growth momentum and the threat of another wave of the pandemic. We don’t expect any action on interest rates or any major step towards recalibration of systemic liquidity at this point in time,” said Suman Chowdhury, chief analytical officer at Acuite Ratings and Research.

Some analysts like Lakshmi Iyer, chief investment officer (debt) at Kotak Mutual Fund, say bond markets are anticipating some steps from the RBI towards normalising liquidity in the system through measures like increased tenor or quantum of variable rate reverse repo auctions. However, Iyer also doesn’t expect any action for now on benchmark interest rates.

“The MPC meets at the cusp of a visibly sticky inflation, nudging growth phase and a fluid pandemic situation world over. The central bank is mostly likely to maintain a status quo on rates, being mindful of growth and wait for more data points on inflation front,” she said.

In the previous meeting in June, the MPC projected retail inflation at 5.2 per cent in April-June, while raising forecasts for the second, third and fourth quarters.

However, retail inflation in the June quarter averaged at 5.6 per cent, higher than the central bank’s forecast, and with inflationary pressures persisting, the MPC may further raise its projections for the next few quarters, feels Anagha Deodhar, chief economist at ICICI Securities.

“There are clear inflationary pressures and inflation in the coming months is likely to exceed the MPC’s June forecasts. Hence, we expect the committee to up its inflation forecasts for the remaining quarters of FY22 in the upcoming review,” she said.

Growth projections though are likely to be maintained at 9.5 per cent for the year ending March 2022.

“The economy is still in the recovery phase. The fear of the third wave would also force the RBI to continue with the growth-supporting measures. However, the rising inflation rate in the domestic economy is a worry,” said Deepthi Mathew, economist at Geojit Financial Services.

With the interest rates expected to remain unchanged, the market will be keenly looking out for is the RBI’s commentary on the next few quarters, particularly around the normalisation of liquidity.

“With steady progress on vaccination and the pickup in aggregate demand, we expect RBI to start normalising the policy corridor from December 2021 onwards, followed by an eventful hike in the benchmark repo rate in the first quarter of FY23,” said Chowdhury of Acuite.

Deodhar feels the RBI will raise the reverse repo rate, currently at 3.35 per cent, by 40 basis points in two steps beginning January-March quarter of this year, thus bringing the liquidity adjustment facility (LAF) corridor (the gap between repo rate and reverse repo) back to pre-pandemic level.