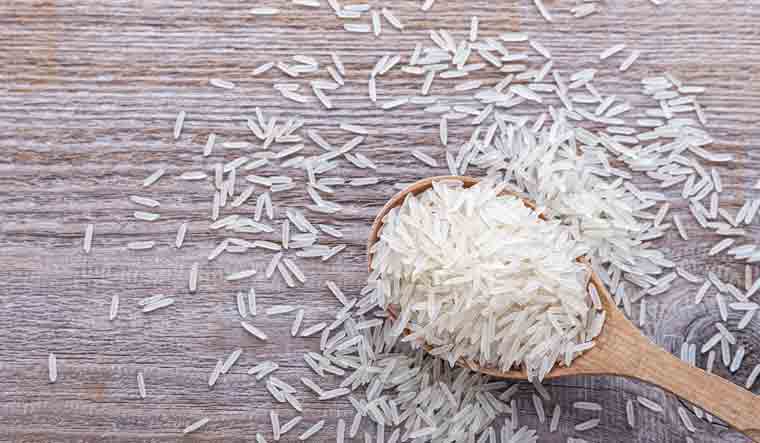 rThe Indian subcontinent has been known across the world for many things but perhaps the most picturesque would be the rice fields that we take pride in. The slender grained aromatic Basmati rice, however, is geographically exclusive to certain areas across the Indus River basin. With the rivers flowing through two countries, India and Pakistan, there has been a controversy in the last few months over the ownership of Basmati rice. India accounts for 65 per cent of the International Trade in the Basmati market while the rest 35 per cent is accounted for by Pakistan.

Conflicts over Basmati can be traced to 1997 when an American company called RiceTech tried to patent but received global backlash and international outrage over biopiracy. Creating a rift in the India-US relations for a brief period, the issue was resolved when India threatened to take the US to the World Trade Organisation and their right to call rice products "Basmati” was revoked. RiceTec was, however, in 2001 granted a partial patent for three strains of rice developed by the company. This whole issue opened up a new avenue where patenting plant varieties became crucial, particularly in countries that boasted extensive research in their flora.

Apart from India and Pakistan, Basmati was grown in Indonesia—a Basmati variant called Baroma (Basmati aromatic). Similarly in Texas in the US, a variety of Basmati called Texmati is grown. In the Mwea region of Kenya, a similar variety called Pishori or Pisori is grown.

Historically speaking, Rice Research Station Kalashah Kaku in Punjab (pre-partition) developed and released Basmati 370, which is a high yielding variety that is currently grown on a large scale across India and Pakistan; this is what is sold as Basmati rice globally.

Legal researcher Delphine Marie-Vivien with the CIRAD, a French agricultural research and cooperation organisation said, “Historically, both the reputation and geographic area (for Basmati) are common to India and Pakistan”, hence European Union’s move to negotiate an amicable resolution is justified. Pakistan has been seeking joint approval, but no decision has been made at either end. S, Chandrasekaran, a trade policy analyst and author of a book on Basmati GI said: “Pakistan cannot claim historic reputation based on ‘origin theory’ in Basmati…Besides, Pakistan had changed its map in August 2020 to include Jammu and Kashmir. When both nations apply for a joint status, Pakistan would be presenting J&K as its integral part where Basmati rice is grown. India, too, will include J&K. This will create problems for both.”

The standoff between India and Pakistan began when India filed a claim in the EU seeking sole ownership of Basmati. This would have provided India with a monopoly over Basmati rice markets. Pakistan later filed a counter-petition against this move later in the year.

The timeline trajectory of the issue is as follows:

Basmati with its oriental export qualities is much welcome in the international market and disputes over the protected status of Basmati started in September last year over the Protected Geographical Indication (PGI), or GI Tag. This would give specific geographical origin status and currently both India and Pakistan hold one for Basmati rice.

On further analysis of the issue, we find that the PGI status was initially filed by Madhya Pradesh and the state’s farmers when they tried to get a GI status granted for its Basmati rice varieties, even taking it to the Supreme Court. This move was rebuffed by the All-India Rice Exporters Association (AIREA) who argued that it would compromise the ingenuity of Basmati Rice. They also argue that giving the state a GI status would mean breeding Basmati varieties in the area that are outside the historical Basmati-growing belt. With the GI tag tied in with the geographical location, giving that permit would mean any country across the globe would have the permit to breed and cultivate Basmati outside the Indo-Gangetic Plains which could dilute the Basmati brand, said The Agricultural and Processed Food Products Export Development Authority (APEDA) who was mentioned in the legal proceedings. This was when India moved to protect the status of Basmati.

In December, Nepal joined Pakistan in opposing India’s application for GI tagging Basmati rice. Their argument was, Basmati is grown and consumed traditionally in Nepal, and they have worked extensively with researchers across the globe to have the variety of rice they have today. More importantly, rice has many social and cultural ties with the Nepalese communities.

In January, Pakistan attached a GI status to contest India’s claims and later in February 2021, the Rice Exporters Association of Pakistan (REAP) submitted a notice of opposition. After reviewing the documents, the European Commission declared the notice reasonable and made REAP party to the case in March. The negotiations are to be held where the three parties will have to come to an agreement. In the event that no settlement is reached, the issue will be brought to the tribunal of the directorate-general for agriculture and rural development at the EC.