Zomato closes over 65% higher on debut: What should investors do now? 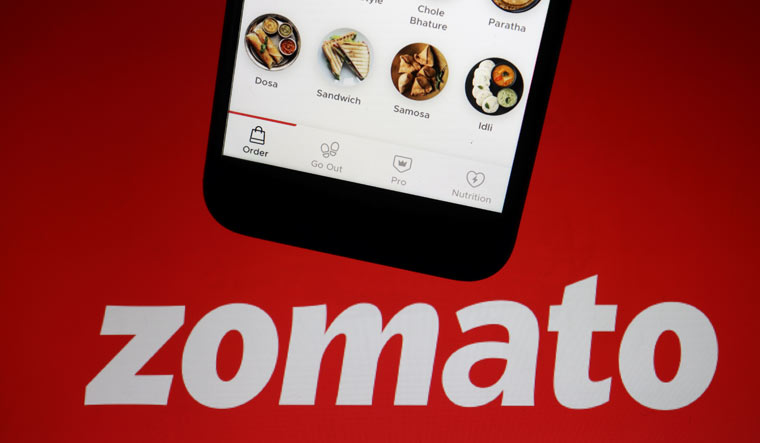 Food delivery company Zomato made a strong debut on stock exchanges on Friday with the share closing up more than 65 per cent over its issue price of Rs 76.

The initial public offering, which had been oversubscribed more than 40 times, listed at Rs 115 on the BSE, a gain of 51 per cent. Through the day, the stock saw several ups and downs; it touched a high of Rs 138, a low of Rs 114 and eventually closed at Rs 125.85, which is 9.4 per cent higher compared with the opening price and 65.59 per cent more than the issue price.

Zomato had gone public to raise Rs 9,375 crore earlier this month. The IPO comprised of an offer for sale of Rs 375 crore by Info Edge India, one of the early investors in the company. The fresh issue comprised of Rs 9,000 crore. Zomato plans to use these funds for organic as well as inorganic growth opportunities and general corporate purposes.

This, even though Zomato is yet to make any profit and is unlikely to do so for some more time as it continues to expand, although its revenues have been growing and losses have narrowed. While the company operates in a market, which is a duopoly as of now, with Swiggy the only other player of scale, there could be challenges in the future.

Many restaurants, unhappy with the promotions and other practices of these food aggregators like Zomato, have been pushing consumers to order direct. What could be more challenging is that e-commerce giant Amazon has entered this food delivery space, with operations currently only in Bengaluru.

So, are Zomato’s current valuations justified?

Aswath Damodaran, professor of finance at Stern School of Business at the New York University, said in his recent blog that the stock’s pricing made it too expensive and feels the value per share is worth just Rs 41.

“The company has burned through billions in cash to get to where it is today. I will assume that this need will continue in the near future, with a lightening up in later years, as growth declines.,” he said.

But, he also added that Zomato has immense market potential and is on track to delivering on a viable business model.

“I believe that the company is currently overpriced, given its potential, but I would have no qualms about investing in the stock, if the price drops in the near future, with the full understanding that this is a joint wager on a company, a sector and a country,” said Damodaran.

So, what should investors do now that the stock has had a stellar debut?

Shikher Jain, research analyst at Anand Rathi Shares and Stock Brokers, said that given the strong network, increasing frequency of orders and large addressable market, long-term prospects are positive. Yet, given the robust listing, he feels short-term investors can book profits, and even long-term investors could book a partial profit.

Vikas Jain, senior research analyst at Reliance Securities feels investors could continue to hold and watch out for declines in the stock price for fresh investments.

“Given the low penetration, just two large players in the market, falling advertising costs and company’s focus on the domestic market, growth as well as profitability after the initial cash burn will improve going ahead,” said Jain.

Vinod Nair, head of research at Geojit Financial Services said that a key factor for the stock price to sustain the euphoria would be to demonstrate improvement in profitability in the coming quarters. He added that investors existing and new could accumulate the stock on a short-to-medium term.

“The company is highly expected to turn profitable from current loss, else the performance will be impacted,” said Nair.