15,000 direct employment opportunities will be generated in the state 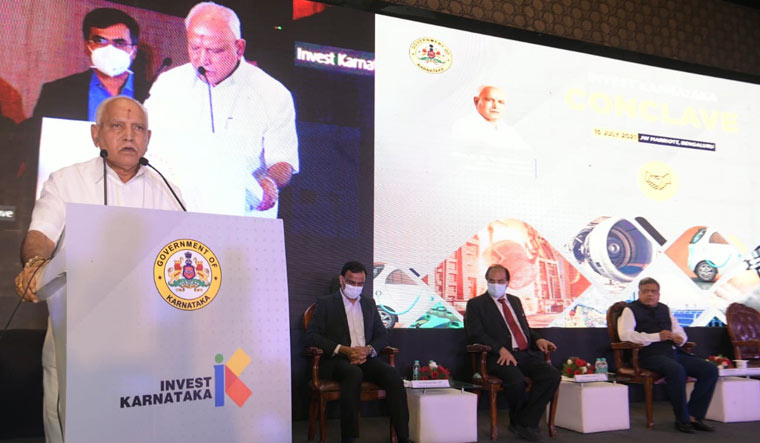 The Karnataka government, on Thursday, signed memorandums of understanding (MoU) with more than 20 companies that are expected to bring in investments worth Rs 28,000 crore from across sectors like electric vehicles, data centres, aerospace and defence, and generate 15,000 direct employment opportunities.

Speaking at the 'Invest Karnataka' conclave held in the city, Chief Minister B.S. Yediyurappa said his government had cleared as many as 520 projects, aimed at attracting investment worth Rs 77,000 crore since the beginning of the pandemic in March 2020.

"Additionally, we have signed MoUs for several projects that would attract investments worth Rs 23,000 crore. This only shows that investors prefer Karnataka as the investment destination despite the challenging COVID-19 scenario," said Yediyurappa.

Large and Medium Industries Minister Jagadish Shettar stated that the government was promoting tier-2 and tier-3 cities in the state among investors by developing multiple sector-specific clusters hoping to retain Karnataka’s position as a global manufacturing hub and to place the state on the global manufacturing value chain.

Shettar announced that the state cabinet had given its approval to conduct 'Invest Karnataka 2022' - the global investors meet, from February 9 to 11, next year.

Stating that a top priority for the Karnataka government was to promote the economic and industrial development in state, Shettar said the recently launched Industrial Policy 2020-2025 was aimed at building a prosperous Karnataka and creating large-scale employment opportunities.

"The policy is forward-looking and brings several incentives and regulatory reforms such as land access and labour market regulation. The recent 2020 NITI Aayog 2019 Innovation Index has placed Karnataka on the top. The availability of quality human resources, reputed higher educational institutions, and a significant thrust to research and development, proactive administration and conducive investment climate have made this possible," said Shettar.