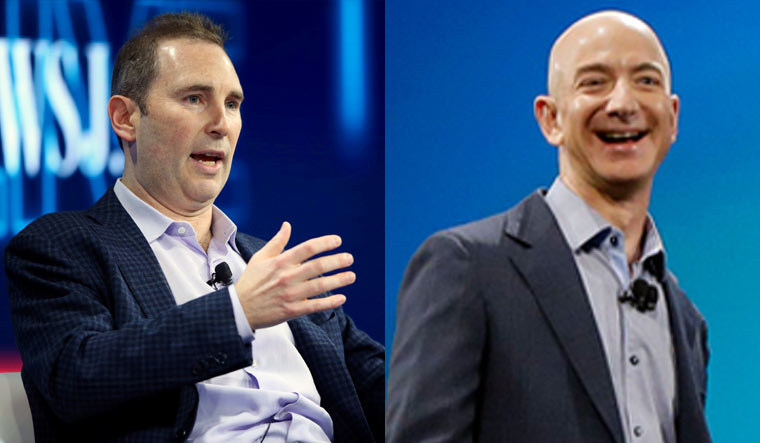 As Amazon prepares to welcome a new CEO, industry experts are hopeful that Jeff Bezos's replacement will lead the company towards further growth.

Experts with whom THE WEEK spoke feel that under Jassy, Amazon may expand further into new geographies, get new business models and even carve new revenue streams. As the founder of AWS, Jassy had demonstrated leadership qualities and driven a hunting spirit in the organisation. He is also expected to deal with challenges that Amazon is facing globally with a systematic approach.

“Amazon has been facing several legal disputes, media onslaught in some parts of the world, antitrust challenges and union issues. These call for skilful handling and tactful minding. This has been a challenge for several large organisations which are well known in the public domain. This will surely be a challenge for the new leader who hasn't been involved much in these areas,” Aditya Narayan Mishra, Director and CEO of CIEL HR Services told THE WEEK.

Mishra says Bezos has been a towering leader and, as the largest shareholder in the Amazon group, he will continue to remain involved in the business. This could be a potential threat to the way Jassy scripts his leadership style and practice in Amazon. “Bezos has to transform his habits and make the transition first to a new role which did not exist earlier. More than Jassy creating his legacy in the right way, the success of this transition lies in the way Bezos makes the transition. We have seen transitions go awry. In this case, it's a behemoth and to get it back on track will be a herculean task. Hence, they need to be more careful on this aspect,” added Mishra.

Jassy is a veteran at Amazon having joined the technology giant way back in 1997. Reports say that Jassy is someone who can easily connect with his colleagues and subordinates and this is likely to help him in his new position. Market analysts point out that Jassy, who is Amazon’s incumbent to the hot seat of CEO, is neither new as an Amazonian nor unfamiliar with the vagaries of global digital business as he had led AWS—cloud services to its dominant market leader position with close to 50 per cent market share.

“AWS was built primarily as an IT backbone of Amazon business and hence the new CEO hardly needs to learn to drive the business, having spent over two decades at Amazon. However the aggressive strategy of Amazon driven so far by Bezos may not see much change, consequently, the perception of hegemonist tendencies may also continue. Jassy has worked with Bezos for a long time and therefore would not drive the business in any different way. At the same time influence of emerging markets and new players from those geographies will play a counter to the current strategy of Amazon,” pointed out Subramanyam Sreenivasaiah, CEO at Ascent HR.

Amazon is under the lens globally, and it will continuously be under public and regulator glare well into the future, as it grows from strength to super-strength in many an economy but experts do feel that Jassy's style of management may not be very different from that of Bezos.

“Bezos was a style of management that had its strengths. I do not believe that style will change that dramatically as Jassy is not an outsider at all. The Amazon DNA is a shared DNA. Jassy will definitely face a more challenging future than Bezos did. The happy point is that Amazon is a piece of machinery on a roll. A big roll. Small aspects of management style don't touch it,” observed branding expert Harish Bijoor.

Experts do believe that the regulatory framework, particularly in India, is becoming far more coercive for e-commerce firms, specifically for market leaders like Amazon. Jassy will have to systematically deal with such challenges in India because the government has not articulated an overarching policy framework hence it is becoming challenging to interpret the outcomes for e-commerce players in India. “Different bodies of the government of India are promulgating policies, perhaps not so synchronously, and the feel one derives from the Indian government's actions is that the e-commerce players are expected to face lot many aspects of friction in the coming days,” remarked Alok Shende of Mumbai based Ascentius Consulting.