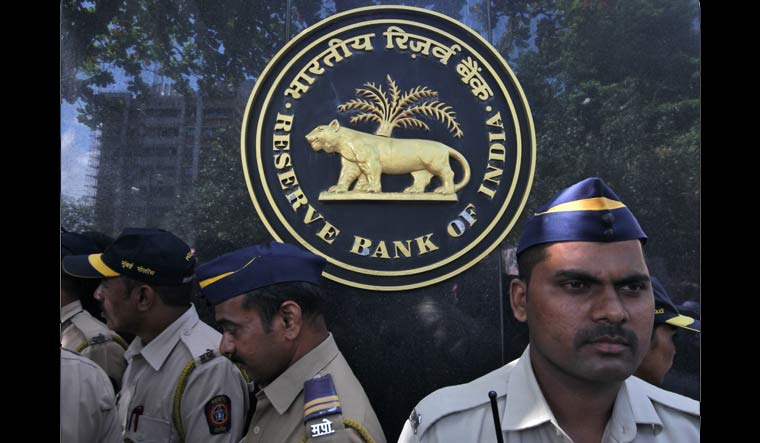 The RBI is unlikely to change its accommodative strategy any time soon, but it will be watchful of inflationary trends closely | PTI

Ever since the COVID-19 pandemic wreaked havoc on the global economy, major central banks have generally ensured an easy money policy throwing in billions of dollars in stimulus packages. The Reserve Bank of India, too, reduced its benchmark repo rate to 4 per cent and has taken various steps to ensure there is abundant liquidity in the system.

Speaking after the most recent monetary policy committee meeting too, RBI Governor Shaktikanta Das said, “MPC decided unanimously to continue with the accommodative stance as long as necessary to revive and sustain growth on a durable basis and continue to mitigate the impact of COVID-19 on the economy, while ensuring that inflation remains within the target going forward.”

The inflationary part is, perhaps, becoming harder to ignore. India’s retail inflation in May touched a six-month high of 6.3 per cent. Wholesale inflation, meanwhile, has soared to 12.94 per cent. The inflationary pressure has likely thrown a spanner in the MPCs growth priority stance, feels Sonal Varma, chief India economist at Nomura Securities.

“The upside surprise (in inflation) is reminiscent of April 2020, when the first wave lockdowns had resulted in a similar jump in inflation due to statistical proxies. However, the price jump this time is not statistical, but reflects an actual increase in prices charged. A crucial question is the extent to which the price jump will reverse as lockdowns reverse,” Varma wondered.

A major reason behind the spike in inflation is rise in food and fuel prices. Petrol prices in several cities have cross Rs 100 per litre, and diesel prices are inching close to the century mark. Protein inflation, including eggs and pulses, has hardened too. So, has edible oil inflation, which has hit the 30 per cent mark.

Core inflation, too, was at a seven-year high, pointed out Sujan Hajra, chief economist at Anand Rathi Share and Stock Brokers. This has been driven by hardening of manufactured products prices and some increase in services inflation, he said.

Given the rise in global commodity prices, core inflation is likely to remain high for some time. At the same time, as states reopen following the fall in the second wave of COVID-19 infections, leading to a revival in demand, services inflation could also remain under upward pressure, say economists.

The easy money supply ensured by the RBI has helped in the economic recovery. The RBI is unlikely to change its accommodative strategy any time soon. But it will be watchful of inflationary trends closely.

“High global commodity prices, rising global inflationary trends, WPI inflation in the teens and sharp volatility of retail inflation bode ill for the RBI, which is committed to supporting growth. Much of the recent growth recovery is on account of the low base and stimulus effect. Accordingly, monetary policy accommodation is likely to continue for now. Yet, unless inflation is tamed, the extent of accommodation can come down,” said Hajra.

Suman Chowdhury, chief analytical officer at Acuite Ratings and Research, feels that the upward trajectory in consumer inflation may moderate in the next few months, as easing of lockdown restrictions across states will iron out supply constraints and the timely arrival of the monsoon will also have a favourable impact on vegetables and overall food prices. So, he doesn’t see any immediate response from the RBI on the inflation front.

“However, the government may need to take suitable measures to control inflation of food products such as edible oils and pulses as well as retail fuels to mitigate any longer-term structural risks to inflation,” said Chowdhury.

Madhavi Arora, lead economist at Emkay Global Financial Services, now expects headline consumer inflation in the current financial year to average at 5.45 per cent, higher than Emkay’s earlier expectation of 4.7 per cent and 50 basis points more than the RBI’s forecast of 5.1 per cent.

Nomura expects CPI inflation to average 5.6 per cent in 2021 versus earlier expectation of 5 per cent. Core inflation is likely to average 6.2 per cent, compared with 5 per cent earlier.

“Given our view that the growth impact of the second wave will be less than the RBI’s projection and our view of elevated inflationary pressures, we expect the theme of policy normalisation to begin in the fourth quarter,” said Varma of Nomura.

Varma expects the central bank to hike reverse repo rate in the December quarter and raise repo rate by 75 basis points in calendar 2022.

CARE Ratings also sees headline inflation in the coming months remaining elevated, while higher prices of pulses and edible oil are also likely to sustain for the next couple of months. Transportation and logistics costs that have risen due to higher fuel prices are also unlikely to abate. This uptick in headline inflation could pose a challenge to RBI’s monetary policy dynamics, it said.

“Though RBI has been upright in giving higher weightage to growth over inflation, one may have to wait for the June 2021 retail inflation number to assess the RBI’s next policy action,” it added.

The credit ratings agency expects retail inflation to range between 5.0-5.5 per cent in the current financial year, with an upside bias.