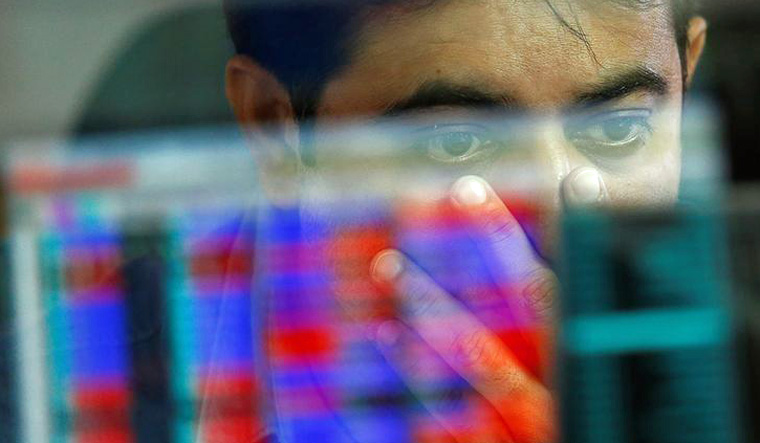 [File] Adani Enterprises fell as much as 25 per cent in morning trade, but recovered some of those losses as the day progressed | Reuters

Shares of Adani Group companies, which have seen a massive rally over the last one year, saw a sharp sell-off on Monday, following news that National Securities Depositories Ltd (NSDL) has frozen accounts of three foreign funds that predominantly own stakes in some of the Adani Group companies.

Adani Enterprises fell as much as 25 per cent in morning trade, but recovered some of those losses as the day progressed. It was still down 8 per cent in late afternoon trading. Other shares like Adani Green, Adani Total Gas and Adani Power were down 5 per cent.

However, following Monday’s developments, Adani Enterprises stated that the news report stating that NSDL had frozen the accounts of three foreign funds was “blatantly erroneous” and done to “deliberately mislead the investing community.” “Given the seriousness of the article and its consequential adverse impact on minority investors, we requested Registrar and Transfer Agent, with respect to the status of the Demat Account of the aforesaid funds and have their written confirmation vide its e-mail dated 14th June, 2021, clarifying that the Demat Account in which the aforesaid funds hold the shares of the company are not frozen (sic),” it said in a statement.

At the same time, analysts say investors need to be cautious right now about Adani Group stocks in the wake of the recent revelations regarding the concentration of investments by these funds and feel there needs to be more clarity on that front. “Typically no fund would like to hold over 90 per cent of the investment in a few stocks of a particular group. This concentration in Adani stocks by a few funds must be investigated by regulators,” said a senior market expert who didn’t wish to be named.

According to the NSDL website, accounts of Albula Investment Fund, Cresta Fund and Apms Investment Fund have been frozen as on May 31, 2021. While, NSDL didn’t disclose the reasons behind the freeze, reports suggest it may have been because of insufficient disclosure of information regarding beneficial ownership as per the Prevention of Money Laundering Act.

All the three funds hold stakes in Adani Group Companies. For instance, Cresta, Albula and Apms held 2.98 per cent, 2.14 per cent and 1.69 per cent stake in Adani Enterprises, according to shareholding data for the quarter-ending March 31, 2021.

What’s interesting is that all the three funds are based out of Mauritius. But what’s even more curious is that more than 95 per cent of the assets of some of the Mauritius-based funds, including APMS, Albula and Cresta, among a couple of others, are in Adani Group companies alone, Bloomberg reported recently.

Adani Group shares have galloped over the past year, outperforming the broader market gains sharply. Adani Enterprises has risen a staggering 972 per cent as of Friday’s close. Adani Transmission has accelerated 661 per cent, Adani Green has gained 254 per cent. Adani Total Gas too has vaulted 1,000 per cent. In contrast, BSE Sensex has risen 58 per cent over the last one year.

The rally in the stocks has helped Gautam Adani become the second richest Asian with a networth of $76 billion.

Over the last couple of years, Adani Group has expanded various businesses like airports and ports rapidly, which has boosted its stocks. There was also a report last week that Adani Group wants to hive off the airports business and launch an IPO. Adani Group, however, had clarified that “as of now there is no such development.”

Adani Enterprises on June 12, 2021, incorporated a new company Adani Cement Limited, with an objective to manufacture and process all type of cement. This entity is yet to commence its business.