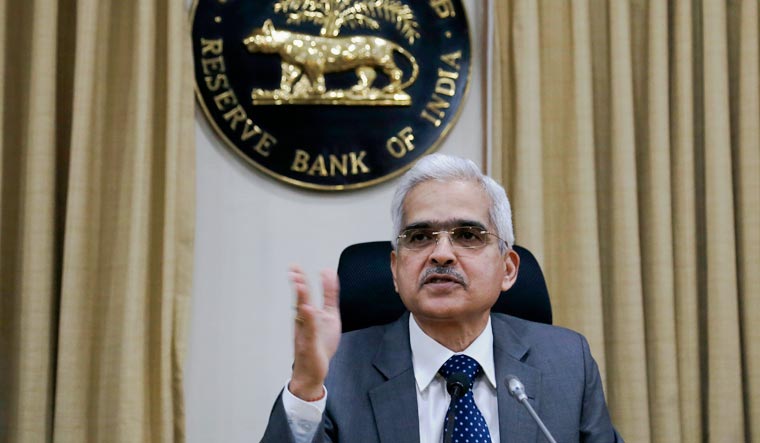 Some of the measures included a Rs 50,000-crore on-tap facility for extending credit to healthcare services and one-time restructuring for borrowers (individuals, small businesses and MSMEs) having aggregate exposure up to Rs 25 crore and who have not availed any sort of restructuring in earlier resolution frameworks. This should help these entities tide over the near-term liquidity crisis.

“Extension of priority sector lending to the entities making a difference in these times will be a win for the borrowers and the banks, which will lead to meaningful deployment of funds towards causes, which demand and require attention,” said Veena Sivaramakrishnan, partner, Shardul Amarchand Mangaldas & Co.

“The access to funds for small finance banks has been enhanced with the SLTRO of Rs 10,000 crore at the repo rate which is expected to be deployed for lending to not only retail and micro businesses, but also to smaller microfinance institutions that have been facing funding challenges,” Suman Chowdhury, chief analytical officer, Acuité Ratings & Research, said.

However, despite these measures, one would still need to be cautious on the actual pickup in banks’ credit growth, say analysts.

Madan Sabnavis, chief economist at CARE Ratings, pointed out that despite a host of liquidity measures that were announced last year, credit growth in the year ending March 2021 was only 5.6 per cent.

Alok Sheel, RBI Chair Professor in macroeconomics at Indian Council for Research in International Economic Relations (ICRIER) feels “the amounts involved are not very large, and some might even add that he (RBI Governor Shaktikanta Das) sounded more upbeat regarding the situation going forward than is warranted given the present uncertainty.”

The RBI said on Wednesday that individual borrowers and small businesses who had availed restructuring of their loans under resolution framework 1.0, where the resolution plan permitted moratorium of less than two years, lending institutions could use this window to modify such plans to the extent of increasing the period of moratorium to two years.

A new resolution framework for borrowers with exposure up to Rs 25 crore who had not availed restructuring under earlier framework and were classified standard as of March 31, 2021 was also announced. However, the RBI stopped short of a blanket moratorium.

“It was expected that the RBI would announce a fresh moratorium on loans given the current situation. It has instead preferred to go for the rollover option instead. It is arguable whether the latter is the better option given the extreme distress,” he said.

Nevertheless, the measures announced by the RBI on Wednesday could be a start and many more steps might be required given that the second wave of the pandemic is likely to have a harder impact than the first one.

“Since December and what was seen at the financial year end too, it was anticipated that some relief from asset downgrade for the borrower and provisioning requirements for the lenders, would be the need of the hour. Other entities would also seek similar extension, if not other concessions in due course,” said Sivaramakrishnan.

With the Reserve Bank now taking the first initiative, all eyes will now be on the finance ministry, on what fiscal steps it may announce in the wake of the current crisis.

“We believe these measures are first in the series of the relief measures to be announced by RBI and more should come from RBI/government as the situation evolves,” said analysts at Emkay Global Financial services.

The RBI could perhaps provide forbearance of 30-90 days on recognition of non-performing assets, which had been done in the past, the analysts added.