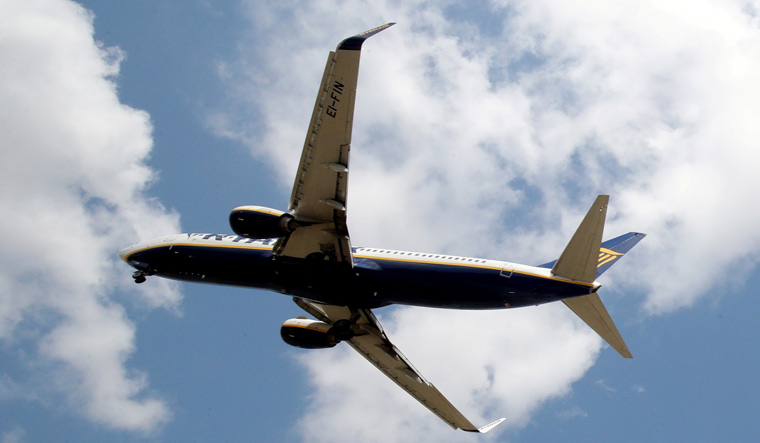 With the second wave of COVID-19 raging across the country, airline companies are staring at losses again this fiscal. Lower domestic air traffic compared to the pre-pandemic levels and only a gradual recovery in international operations have also added to the airlines’ recovery woes.

The rise in Aviation Turbine Fuel (ATF) prices are also expected to hurt the sector further. Though it is expected that the loss will be lesser compared to the last fiscal (2020-21) at 35-40 per cent and around Rs 9,500-10,000 crore. These findings were a result of a study by CRISIL Ratings of the top three airlines, which account for 78 per cent of the total passenger traffic.

The CRISIL report points out that a resurgence of Covid-19 infections across the country, especially in Mumbai and Delhi, which account for 36 per cent of overall air traffic in the country is expected to stall the recovery of the airlines seen over the past six months. In fact, the average daily domestic passenger air traffic has fallen in April 2021 by almost 20 per cent to 2.35 lakh compared to February 2021. The domestic traffic, which accounts for 75 per cent of airline revenues, is expected to surge 120-130 per cent this fiscal on a low base (68 per cent decline in fiscal 2021), though it will still be significantly lower at 70 per cent of fiscal 2020 level.

Domestic traffic fell 85 per cent in the first half of the last fiscal (2020-21) due to lockdowns and restrictions on operations. Despite the second wave-induced fresh curbs, which will temper recovery, domestic traffic in the first half of this fiscal is likely to be 3.5 to 4 times higher on year, on a low base. The second half should see good recovery in traffic, supported by acceleration in the vaccination drive and people gradually taking to travel after prolonged stay at home. A gradual recovery in international operations in the second half of fiscal 2022 will also boost traffic.

However, airlines have also seen their cost of operations spurt due to a rise in the price of ATF, a key cost head for them. The price, which remained low until November 2020, limiting their losses, has shot up 30 per cent since then. This will offset the benefits from some of the initiatives the carriers undertook to reduce cost such as employee costs, rentals, etc, last fiscal, and which are being carried forward into the current fiscal,” pointed out Gautam Shahi, Director, CRISIL Ratings.

CRISIL experts further observe that a net ramp up in domestic operations with relaxation of seat capacity and pricing constraints have hit an impasse with the second wave. It is expected that in the absence of full restriction on operations this fiscal, and a gradual recovery in domestic and profitable international operations will help offset part of the impact of higher ATF prices. Therefore, net losses for key airlines are seen reducing 35-40 per cent year-on-year in fiscal 2022, though will still be 20-25 per cent higher than last fiscal.

During the last fiscal, net losses curtailed liquidity and airlines availed of additional debt as well as moratorium on debt repayment to make up for the shortfall in cash accrual vis-a-vis fixed obligations. A 25-30 per cent increase in debt (excluding lease liabilities) last fiscal and continuing net losses in the current fiscal is expected to keep the balance sheets of the airlines under pressure. High leverage will also result in continued negative outlook for the sector. Fluctuations in crude oil price (and of ATF, in turn) and foreign exchange rates (majority of airline debt is denominated in foreign currency), prolonged impact of the second wave on domestic traffic volume, and the pace of recovery in international travel, which is more lucrative, will be the key monitor cables for the sector.