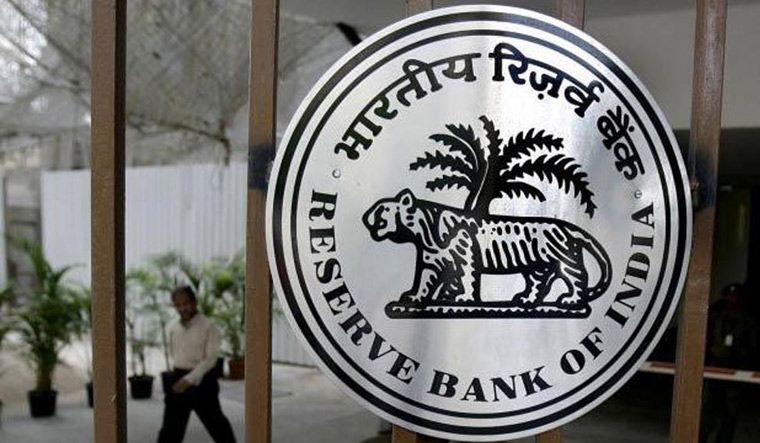 [File] In a unanimous decision, the MPC left the repo rate unchanged at 4 per cent | PTI

The Reserve Bank of India’s monetary policy committee (MPC) left the benchmark repo rate unchanged on Wednesday. However, it did flag concerns over the surge in coronavirus cases in recent weeks and said the “accommodative” policy stance would continue as long as it is necessary.

In a unanimous decision, the MPC left the repo rate unchanged at 4 per cent; the last time it was cut was in May 2020. The reverse repo rate also stands unchanged at 3.35 per cent and the bank rate and the marginal standing facility (MSF) rate at 4.25 per cent.

COVID-19 cases have surged in key states like Maharashtra in recent weeks, which has forced the state to announce various restrictions, including a night curfew, closing of non-essential stores and a complete lockdown on weekends. A few other states have also announced certain restrictions like night curfews. This is a cause of worry and could slowdown India’s economic recovery.

“Prospects for 2021-22 have strengthened with the progress of the vaccination programme. The recent surge in infections has, however, imparted greater uncertainty to the outlook and needs to be closely watched, especially as localised and regional lockdowns could dampen the recent improvement in demand conditions and delay the return of normalcy,” said RBI Governor Shaktikanta Das.

It was against this backdrop, that the MPC judged that monetary policy should remain  accommodative to “support and nurture the recovery,” Das added. However, RBI also maintained its GDP growth forecast at 10.5 per cent for 2021-22.

“The RBI kept the key policy rates unchanged as expected. The statement clearly suggests that the accommodative monetary policy stance will be maintained in the foreseeable future. Inherently, the MPC continues to prioritise growth over other possible goals of monetary policy,” said Siddhartha Sanyal, chief economist at Bandhan Bank.

Apart from the surging COVID-19 infections, there are underlying inflation pressures, too. Driven by high international commodity prices and logistics costs, products across categories have become expensive.

The central bank said that while the bumper foodgrains production in 2020-21 should result in softening of cereal prices going forward, mitigation of price pressures on key food items such as protein-based components and edible oils would depend on supply-side measures and easing of international prices.

The RBI now sees retail inflation at 5 per cent in the January-March quarter and at 5.2 per cent in the quarters ending September and December. In the third and fourth quarters of the current financial year 2021-22, inflation is seen at 4.4 per cent and 5.1 per cent respectively.

The RBI shifted to an inflation targeting framework in 2016, under which it has set a medium-term target to maintain retail inflation at 4 per cent with a range of 2-6 per cent. This target was recently maintained by the government.

Das pointed out that since the MPC was constituted in September 2016, average consumer inflation for the period October 2016 to February 2020—prior to the onset of the COVID-19 pandemic—was 3.8 per cent, down from the average of 7.3 per cent during January 2012 to September 2016.

He further said the experience during the COVID-19 period has testified to the flexibility of the framework to respond to  sharp growth-inflation trade-offs and extreme supply-side shocks over the course of the business cycle.

“Monetary policy over the next five years would aim at consolidating and building upon the credibility gains of the first 5 years of flexible inflation targeting,” Das added.

Financial markets have turned volatile off-late and bond yields in many markets have surged amid expectations of an economic rebound and reflation. The governor said the central bank will continue to support the market with adequate liquidity through various instruments in its toolkit.

In this backdrop, the central bank has scaled up its open market operations (OMOs) and conducted five special OMOs in February and March. The RBI also announced a secondary market G-Sec (government securities) acquisition programme or G-SAP 1.0.

“Under the programme, the RBI will commit upfront to a specific amount of open market purchases of government securities with a view to enabling a stable and orderly evolution of the yield curve amid comfortable liquidity conditions. The endeavour will be to ensure congenial financial conditions for the recovery to gain traction,” said Das.

For the first quarter, it announced a G-SAP of Rs 1 lakh crore and the first purchase of G-Secs worth Rs 25,000 crore will be done on April 15, 2021. “The Reserve Bank will, of course, continue to do whatever it takes to preserve financial stability and to insulate domestic financial markets from global spillovers and the consequent volatility,” Das said.

The G-SAP 1.0 should help in cooling the increased bond yields, feels Suman Chowdhury, chief analytical officer at Acuite Ratings and Research. “A massive Rs 1 lakh crore is proposed to be acquired in the first quarter itself, which is expected to facilitate the absorption of higher government borrowings at relatively lower cost. Along with OMO, G-SAP 1.0 is likely to be a potent tool to stabilise bond yields in a volatile market scenario,” he said.