FinMin, or the ministry of reversals? 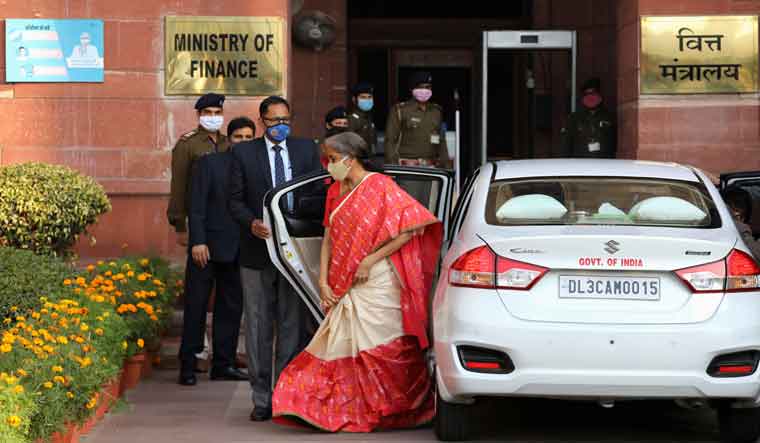 Back in the 1990s, NDA finance minister Yashwant Sinha earned the sobriquet 'rollback finance minister' for the umpteen number of decisions he had to go back on. The present incumbent of his post, Nirmala Sitharaman, seems on par for the course, if not as 'rollback minister', then at least as flip-flop FM.

April fools' day dawned with an early morning terse tweet from the finance minister's Twitter handle. “Interest rates of small savings schemes of GoI shall continue to be at the rates which existed in the last quarter of 2020-2021, ie, rates that prevailed as of March 2021. Orders issued by oversight shall be withdrawn.”

Along with shifting deadlines to many other crucial laws, it capped a 24-hour string of reversals and extensions, when it almost seemed as if the Union government was hard at work fine-tuning the art of the rollback. Many of these decisions pertain directly to matters of interest to the economy and business, and in relation, directly to the finance minister's portfolio.

Late night on March 31, the Income Tax department announced that it was extending the last date for linking Aadhaar numbers with PAN for three months “in view of the difficulties arising out of the Covid-19 pandemic.” Earlier in the day, the Reserve Bank had announced that it will not go ahead with its contentious new rules to process recurring payments by credit/debit cards and wallets. Ït is noted that the framework has not been fully implemented (by banks) even after the extended timeline,” noted RBI chief general manager Yogesh Dayal. The deadline for both was supposed to be March 3.

Also, on Wednesday, it was reported that the labour ministry was set to defer the new labour codes, with many states not on board with the implementation process yet. The matter is of immediate importance to the financial system, as it would have led to a dramatic change in the way salaries are paid and jobs are regulated, and was supposed to come into effect from Thursday.

While many of these reversal decisions were expected considering the ground realities and the fact that no background work was in place, the haphazard way in which it was stretched to the last minute, with authorities coming up with excuses like 'oversight' does reflect poorly on governance. Naturally, opposition politicians and even commoners called it out, particularly Sitharaman's decision to reverse the cut in small savings rate, something that would have directly affected crores of common man. The main opposition, the Congress, even called on her to resign, saying, “What kind of ministry are you running, Madam FM, that passes orders which affect crores of people without even a second glance?”

While Sitharaman goes into damage control mode, the worry amongst middle-class India is real – was the order withdrawn only because of elections going on in five states and worries over the second wave of Covid? And, if so, will it make a re-appearance in a few months (or earlier), just like all the other laws that were extended?