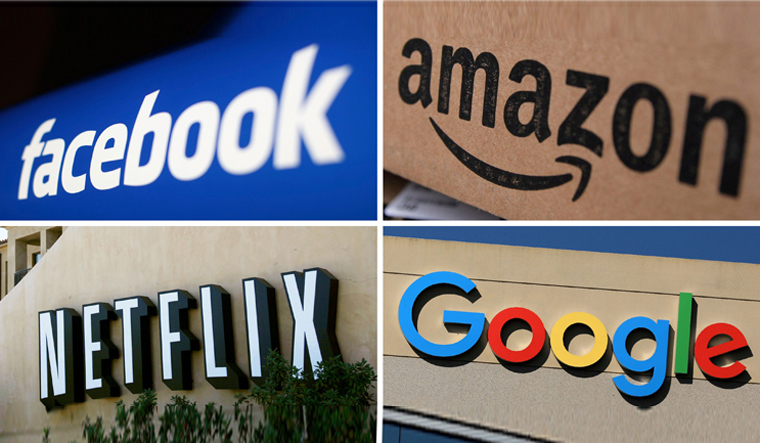 The Centre on Thursday notified the draft rules to regulate content on digital news organisations, social media such as Facebook and Twitter, and OTT platforms like Netflix and Amazon. The amended intermediary liability guidelines under the Information Technology Act is aimed "to stop abuse of social media," Union minister Ravi Shankar Prasad said at a press conference in New Delhi on Thursday.

The new rules have been named as the Information Technology (Guidelines for Intermediaries and Digital Media Ethics Code) Rules, 2021. Under the draft rules, India plans to oblige social media companies to erase contentious content fast and assist investigations. A slew of regulatory changes have been proposed for social media platforms and OTT platforms in India. The all-new code of ethics announced on Thursday mandates intermediaries to exercise "due caution and discretion" in relation to the general principles around online curated content.

The rules include a strict oversight mechanism involving several ministries and a code of ethics that bans content affecting "the sovereignty and integrity of India" and that which threatens national security.

The latest draft rules—which would be legally enforceable—say companies should remove content as early as possible but not later than 36 hours, after a government or legal order. The draft rules come close on the heels of a public stand-off between the India government and Twitter over removal of content related to farmers' protest.

They must also assist in investigations or other cybersecurity-related incidents within 72 hours of a request.

The companies must have robust grievance redressal mechanisms instituting complaint within 24 hours and redressal in 15 days. The rules mandate significant social media companies to appoint a chief compliance officer, nodal contact person and resident grievance officer. All these officers should be residents of India.

Further, if a post depicts an individual in any sexual act or conduct, then companies must disable or remove such content within a day of receiving a complaint, the rules added.

The draft norms will also change the way OTT platforms function in India. "We have decided to have a 3-stair mechanism for OTT platforms. OTT and digital news media will have to disclose their details. We are not mandating registration, we are seeking information," said Union Minister Prakash Javadekar on Thursday.

The draft rules mandate a grievance redressal mechanism for OTT platforms and digital portals. OTT platforms will have to have a self-regulating body, headed by a retired Supreme Court or High Court judge or an eminent person in this category.

Self regulation of content—13+, 16+ and A categories—for OTT platforms is another proposal. There has to be a mechanism of parental lock and ensuring compliance that children don't see that, Javadekar explained.

There will also be an oversight mechanism at the government level to deal with the case wherein immediate action is needed. Referring to films and other entertainment, including web-based serials, the draft rules called for a “classification rating” to describe content and advise discretion.

Both Amazon Prime and Netflix have run into legal troubles in India for content hurting the religious sentiments of a section of the society.

The draft rules seem to be a direct response from the government towards the refusal of the likes of Twitter, WhatsApp and Netflix to comply with its request regarding content generation in India.

In India, Section 79 of the IT Act provides a ‘safe harbour’ to intermediaries like social media companies who host user generated content. It exempts them from liability for the actions of their users, as long as they adhere to guidelines prescribed by the government. However, the draft rules change that. The government has now expanded the scope of the intermediary rules to also include news media and OTT platforms.

According to the Internet Freedom Foundation, the draft is an attempt at covert regulation of OTT and news media platforms through proxy.

The draft IT Rules have introduced the requirement of traceability of the originator of information, which would break end-to-end encryption. Many platforms (Whatsapp, Signal etc) retain minimal user data and use E2E encryption to provide privacy to users.

Third, the draft IT Rules require social media platforms to deploy AI to proactively identify objectionable content like sexual violence. "There are better ways to tackle such content than sliding down the slope of automated censorship and surveillance culture," IFF says.

Due to excessive vagueness in the rules, there is a possibility of over-compliance by social media companies to escape liability. "The collateral damage here is citizen free speech and privacy which will be unconstitutionally hampered as a result," it adds.