Is online education segment in India heading towards consolidation?

Major online education platforms are on an acquisition spree 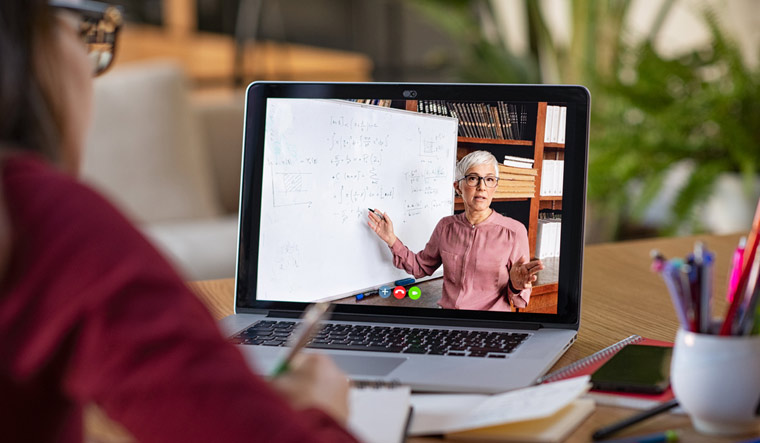 With India's biggest online education platform Byju's on an acquisition spree with the acquisition of  Aakash Educational Services Ltd and reported plans to acquire rival Toppr, there are talks that the Indian online education segment may move towards consolidation in the future. Byju's had earlier acquired virtual simulation start-up LabInnApp and coding start-up WhiteHat Jr. Similarly, Unacademy announced the acquisition of TapChief, a professional networking and future-of-work platform. Earlier, Unacademy had acquired test prep start-up NeoStencil, besides the acquisitions of PrepLadder, Kreatryx and CodeChef.

There is no doubt that COVID-19 pandemic has brought forward technology in education by at least a decade, and what should have happened by 2030 is happening now. Broadly, the demand for digitalisation of education is increasing. The consumer is much evolved now—they expect the same experience from technology platforms that they have experienced from other consumer platforms.

“The maturity in the market will challenge many service providers, and we will see consolidation. Companies with more resources, aggression and hunger will look for opportunities of acquisition to expand their product lines and increase their addressable markets. We will also see acquisitions focused on acquiring competitors with revenue traction and with credible teams. This will help the market to mature further and it is survival of the best and the most competitive,” observed Shantanu Rooj, founder and CEO, TeamLease Edtech.

Market experts believe that while consolidation in the education space would help in achieving scale and reach, it does create monoliths, possibly eliminating fresh ideas of new entrants in the market. Given the enormity of scale and demand, together with the growing trend of new age initiatives in online learning, consolidation is here to stay, but should not drive a pure 'built to sell' drive among entrepreneurs in this space.

“While Byju's acquisition spree in the last three years is a clear indicator that it does defy logic in purchases such as Akash, it may be just to acquire students but disincentivize older methods of learning. The sector has attracted a lot of capital and consolidation is here to stay. However, the government should think of policy formulation in this sector. It will make sure that the older learning systems co-exist and play their part, given the coverage it has across India or for that matter Asia,” pointed out Subramanyam Sreenivasaiah, CEO of Ascent Consulting.

However, it needs to be noted that consolidation is a natural phenomenon in any industry. In most cases, consolidation happens to leverage on the synergies between two firms. “From a consumer perspective, having multiple choices is good, but not too many choices. I would have expected consolidation in the EdTech space. There may be differing views that Byju's is killing the competitors. However, as an informed consumer, I will be happy if someone else is bearing the search costs for me and even better if they are reducing it by acquiring smaller and sometimes larger organisations,” remarked Prof. Ashish Galande, faculty, Marketing, IIM Udaipur.