IIP contraction a cause of concern though retail inflation declines

Industrial performance in November 2020 was worse than expected 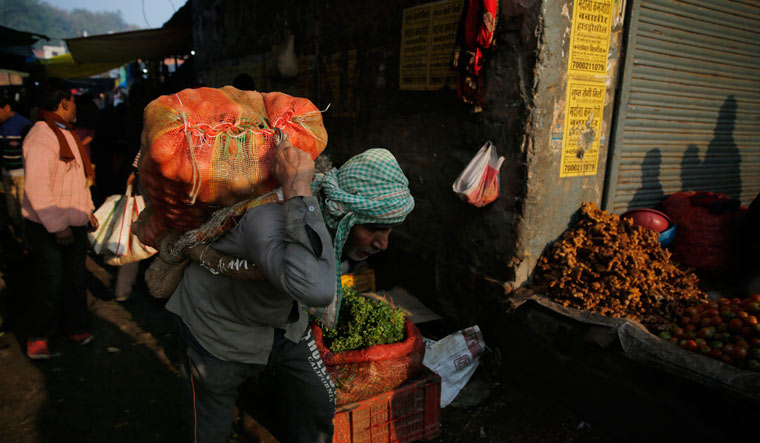 Though there was something good to cheer about the Indian economy as the retail inflation at 4.6 per cent in December 2020 declined from 6.9 per cent in the previous month, the contraction of the Index of Industrial Production (IIP) by 1.9 per cent during November 2020 is a cause of concern for economic experts. Of the major segments, only electricity recorded growth. In use-based categories, only infrastructure registered growth. Consumer-focused companies, durable and non-durable, did better while capital goods recorded the sharpest contraction.

Experts from the firm Anand Rathi feel that while the industrial performance in November 2020 was worse than expected, the deterioration has not been across the board. Of the 23 manufacturing categories, 10 recorded growth during November. Pent-up demand from the lockdown coupled with festival sales resulted in stronger growth during the previous couple of months and that momentum did not persist through November 20. However, a gradual improvement in industrial activity continues. India's IIP performance remains in line with the median for G-20 peers.

Economic experts further feel that the November IIP contracted partly due to festive-led loss of working days, but except for infrastructure and construction goods (0.74 per cent), all other segments saw a decline. Interestingly, capital goods saw a sharp contraction (-7.1 per cent yoy) as well as lower intermediate goods and primary goods production. Consumer goods nudged lower with a decline in both durable and non-durable goods. Meanwhile, industry-wise, a fall in production activity was seen in both manufacturing (-1.7 per cent) and mining (-7.3 per cent), while electricity grew a modest 3.5 per cent. Within manufacturing, furniture, paper products and print media were the major negative contributors.

As per a report by Motilal Oswal the decline in IIP numbers is higher than the both the market consensus of -1 per cent and their forecast of a minor contraction of 0.1 per cent YoY. The report observes that the capital goods were back in the negative territory and slipped back into contraction (7.1 per cent YoY in Nov’20) after growing 3.3 per cent in the preceding month (which was its first growth in 22 months). The Motilal report further points out that it continues to expect real GDP between -1 per cent and plus 1 per cent in the third quarter of FY21.

“Post a recovery in industrial production in October, the IIP data for the month of November has plunged again, the negative print or de-growth in IIP is a cause of concern. This uneven growth puts some doubt on the recovery in overall economic growth. Falling IIP, core sector data hints that the RBI should wait and stay with easy liquidity measures, government with further reforms and stimulus measures in the upcoming union budget,” remarked Nish Bhatt, Founder and CEO, Millwood Kane International an investment consulting firm.

Though the contraction in the IIP numbers in November 2020 is not surprising as the other high frequency economic indicators also showed a moderation in growth, economic experts feel that the better IIP numbers in the previous months were due to the festival demand that declined post the festival season. “A lot of economic revival seen in the previous few months had been because of pent-up demand and festive demand, hence the growth momentum was expected to moderate. With daily Covid-19 infection rate reducing, vaccines round the corner and the economy close to normalcy, the critical aspect will be at what level the growth momentum stabilises,” said Rajani Sinha, Chief Economist and National Director—Research, Knight Frank India.

On the other hand, a decline of retail inflation numbers that was the lowest since September 2019 shows that demand is reviving in the Indian economy. “The moderation in CPI inflation has been mainly because of sharp fall in food inflation, which has been possible due to fall in vegetable prices, even while protein inflation has remained high. The critical aspect is that other components of inflation, including core inflation, have remained sticky at around 5.2 per cent. While the fall in overall inflation at this juncture is a welcome relief, the RBI will be closely watching core inflation,” added Sinha.

Experts point out that a fall in inflation is primarily on account of a favorable base and steep fall in food and vegetable prices. As per an observation by Emkay Global Financial Services, CPI inflation surprised positively in December, easing to a 15-month low, at 4.59 per cent on a slump in food prices, while core inflation budged marginally. The fall in food inflation was primarily due to a sequential easing in vegetables, cereals and protein complex, with current mandi prices hinting at its continuation in January, too.

The report from Emkay Global points out that moderation in core inflation has been milder at 5.2 per cent versus 5.4 per cent earlier, with health, recreation, and transport costs showing a sequential uptick. The report further observes that liquidity normalisation is, however, going to be slow and calibrated. The sharp correction was largely due to an easing in food inflation, while core inflation budged only marginally. Overall, gradual patchy recovery in economic activity, possible improvement in producers’ pricing power at the margin, rising input costs, higher admin and fuel costs, etc, could weigh on core inflation.