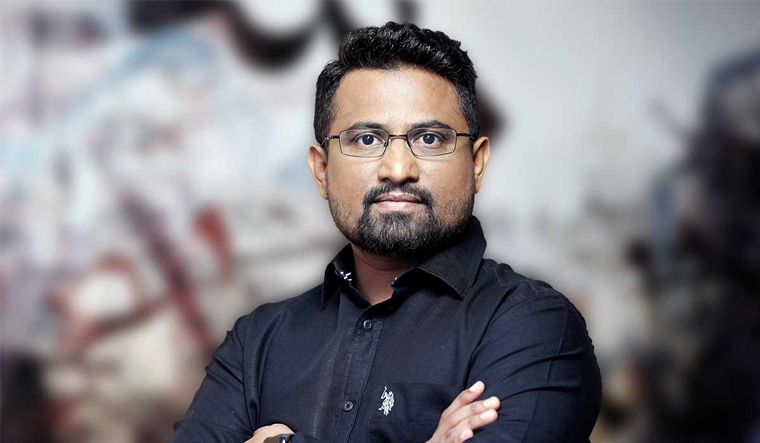 People all over the world think that an idea is the only thing you need to become an entrepreneur. However, the factors at play are much wider in ambit. Only a few innovative minds manage to not just pair their ideas with foresight but also with the right technical knowhow to bring heralds of change.

Mr Ansif Ashraf, carrying on the timeless legacy of his father, is making a statement in the field of digital journalism with some powerhouse publications - the revamped Cochin Herald and the iconic British Herald .

Talking about the Tycoon: Ansif Ashraf

An IT expert especially adroit in the fields of eCommerce and the Digital Domain; Ansif Ashraf falls in line with the rare breed of businessmen who believe in being masters of their trade. Mr Ansif’s father, Dr S. A. Muhammad, had founded the Cochin Herald Newspaper in the year 1992. An exemplar for other regional publications in the Malayalam language, the Cochin Herald was a Sunday newspaper based in Kochi, Kerala.

Mr Ansif spent his primary days hero-worshipping his father, who managed to conduct the twin roles of Managing Director and Editor-in-Chief with composure. It was due to issues with the management that he was forced to step down. However, by 2011 Mr Ashraf earned back the titles of the publication and assumed a decisive role with the Cochin Herald.

With perspective and conviction, along with guidance from able experts, Mr Ansif Ashraf took to transforming the Cochin Herald from a weekly Malayalam newspaper to a bi-monthly English magazine in 2012.

Being an IT expert played a crucial role in helping Mr Ansif Ashraf gauge the direction of the tides of journalism. He believed that the time was ripe for making a swift move from print to digital media. In 2017, Ansif Ashraf acquired the Intellectual Property Rights of the British Herald.

This prompted him torefashion the British Herald into an online news and information delivery platform. The magazinewas launched by Borris Johnson, the UK Prime Minister, and also featured him on its cover page.

In the same year that it was published, that is 2019, the British Herald also hosted the Business and Leadership Awards at Rosewood London. Several dignitaries were awarded, including London Mayor Sadiq Khan, Lord Rami Ranger, Gopichand Hinduja, Fashion Designer Karen Millen and Hollywood Actor Ali Fazal.

Counted among the leading global online magazines today, the British Herald is sold via Magzter, the world’s largest digital newsstand. It is also a media partner of Asia Cup Polo. The publication is owned by the Herald Media Network Limited, Mr Ansif Ashraf’s London-based company, which also owns the Intellectual Property Rights and Digital Property of the European Herald. However, the latter is yet to start functioning.

The next big leap for Mr Ansif Ashraf came closer home. In 2020, he acquired the digital property rights of Asian Herald, the world’s first online news portal for the Asian Diaspora, which was founded back in the year 2001. Recently, Starfold Media Network FZC acquired the media license for the Asian Herald in the UAE in 2020. Its license was issued by the National Media Council of UAE, to be based in the Sharjah Publishing City Free Zone.

Mr Ansif Ashraf moved ahead to bring all his four publications, including The British Herald, , the European Herald, the Asian Herald and the World Herald, under a single umbrella – Starfold Media Network. A melting pot of cultures for 48 Asian countries, the Asian Herald was launched on November 1, 2020, which happens to be the Founding Day of the Cochin Herald. The Asian Herald is scheduled for an official launch on 21st January 2021.

Accolades for the Man

Call it his far-sighted business approach or an attitude to challenge conventions, Mr Ansif Ashraf has several laurels to his name. He was chosen as the Asia-Pacific Economic Cooperation (APEC) e-Business Champion for his empowering ride of taking eCommerce from an idea to a global business.

In 2013, he was entitled as the Brand Icon by the Times of India for his brilliance. Besides, he was awarded the Engage 2019 Digital Innovation Award by the Public Relation Society of India and the Telegraph Daily. Mr Ansif Ashraf also happens to be a member of the London Press Club and a former patron of the British Library.

Mr Ansif Ashraf believes that digital media is here to stay and rule. With print media hanging by the tenterhooks, and the digital world seeing immeasurable heights, Mr Ansif swears by his understanding of the pulse of the tech world. In continuation with his dreams, he has acquired the World Herald and plans to inaugurate Starfold Media Network into the sphere of blockchain.