The Deluge of Conspiracies and Fake News on the Prowl 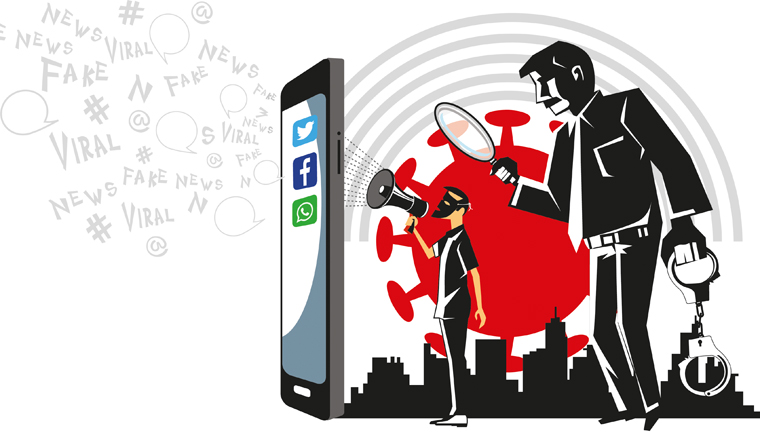 Misinformation or fake news is nothing new, but they seem to have grown by a huge proportion during the pandemic. Over the past six months, the deluge of fake news has stunned digital pundits across the world. Misinformation spread via mass media has been driven by digital technologies, social networks, and online news portals. Probably the most dangerous representation of inaccurate reporting happened during the US election 2020.

One of the prominent channels for spreading the misleading details was Twitter. Hence, the service arranged measures for battling the distribution of such fake tweets. Many of the questioned tweets feature a label of misinformation. Additionally, the popular social platform plans to make it more difficult for people to like flagged tweets. However, fake news and misinformation are deep-rooted online, especially over the course of the COVID-19 pandemic.

Fake news is often false information presented in the garb of sensational news that can’t be verified for sources or facts. However, it’s challenging to differentiate fake news from the original ones. It is observed that misinformation features plenty of correct details, and the unconfirmed statements are intentionally hidden in them.

Typically, provocative language accompanies such articles, hoping to trigger curiosity, fear, or anger. Psychology experts believe that many factors contribute to our understanding and the likeness of believing a specific report. Our personal opinions play a drastic role, but there are many components to crafting believable fake news. One of the strongest arguments is the repetitive flow of similar stories. Social media algorithms filter content and present comparable content. They make it possible for the user to receive information from a single viewpoint, preventing people from fact-checking details.

While misinformation and conspiracy theories have prevailed for years, the pandemic fueled it to the next level. BBC News neatly organized most of the prominent fake news accumulated during the pandemic. However, only a tip of the iceberg was touched, as there are thousands of other articles that might not get the same debunking-treatment from authorities. Social media became the most fertile land for planting misinformation seeds. For the most part, it is impossible to fact-check or flag each shared post.

According to research, the medical community was part of the issue as well. Many specialists took contradicting sides, emphasizing the severity of COVID-19 or calming the public with claims of the virus being non-hazardous. From that standpoint and medical experts not having a united voice, it became somewhat difficult to distribute varying accounts.

Another potential cause of why the COVID-19 became an “infodemic” is the abundance of public figures and politicians’ opinions. If an authority presents one argument, its followers are eager to believe it. However, people opposing the person are more likely to reject the news, even if it is accurate.

Verify the news source. You must always try to verify the news source, i.e., the origin of the news. Irrespective of whether it has been posted on Facebook or Twitter, or some other platform, fake news always originates from ambiguous sources. Dig in a bit, and you’ll find that fake news always comes from suspicious-looking social media accounts or online sources. Abstain from re-tweeting or forwarding such messages or information.

Maintain a critical attitude towards all news reports. An astounding fact about fake news is that they sound credible, and people fall for the falsehood without having any second thought. Research has even revealed that fake news often sounds more plausible than the original.  Fake news is made attractive with catchy headlines for making them emotionally appealing or presented to shocks the readers.

Check the news sources. During the pandemic and the recently concluded US presidential elections, our inboxes were flooded with news from numerous sources. You must have ended up believing some and discarding a few immediately. It would help if you remembered that authentic stories or reports will always contain dates, facts, and quotes. Irrespective of whether a news report offers statements, statistics, or survey data, they will invariably cite sources and provide credible links.

Online Tools for Checking News Sources. Several online tools and resources can be used for checking news sources like NewsGuard, which is an agency for rating the transparency and credibility of news sources.

Expand your reach online. Governments and authorities might also limit the incoming news to their citizens. Opinions that might not work in favor could be silenced, meaning that people are exposed to only heavily censored material. In such cases, a Virtual Private Network can help get the other side of the story. Additionally, it facilitates the need for fact-checking, meaning it is possible to look for authoritative sources that either debunk the news or give them credit.