Will Kameko Return To The United States With Success In The Breeders’ Cup Mile? 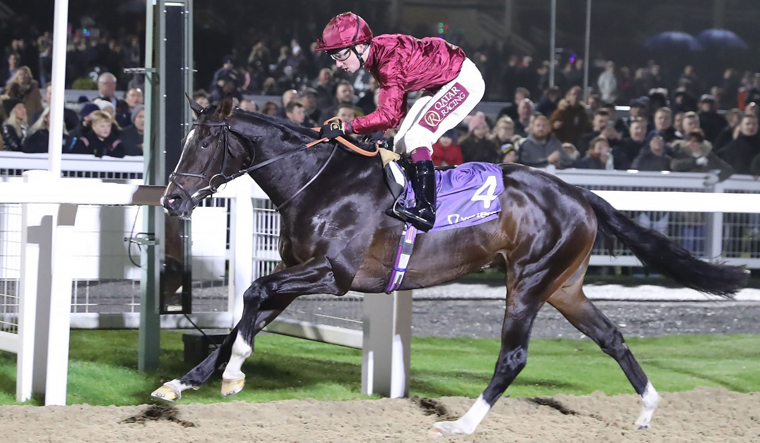 The majority of the big races of the Breeders’ Cup will be taking place on the second day of the meeting on the 7th of November.

The action will get underway on the second day with the Breeders’ Cup Mile, which has been won by some illustrious horses in the past.

Still, will the American-born Kameko be able to return home to the United States with a success in the blue-ribbon race?

Freddy Head is the leading trainer in this race, as he trained three winners between 2008 and 2010. Those three wins came with Goldikova, who is also the most successful horse in the history of this race. Last years’ winner was Uni, who won the Breeders’ Cup Mile in a time of 1:32.45.

All Eyes On Kameko

The leading contender, according to the odds, is American-born Kameko. The three-year-old has spent the majority of its career in the United Kingdom and is trained by Andrew Balding and owned by Qatar Racing Limited.

It’s unknown at present who will be riding the three-year-old, but Oisin Murphy has ridden him throughout his career. Murphy will be high on confidence coming into this race, as he has recently celebrated his 1000th winner.

Four of those career wins have come onboard Kameko, with two of those victories coming during this season. Kameko started the season in excellent form by winning the 2000 Guineas at Newmarket.

It was a stunning performance, as he was able to hold off the challenge from Wichita to win by a neck. Disappointment followed that success, as he would finish fourth on three occasions at Epsom, Goodwood and York. However, he has recently returned to his stunning best to win the Shadwell Joel Stakes at Newmarket. It was an excellent final performance before heading to the United States, as he won by one and a half lengths from Regal Reality. He would be our pick to claim success in the Breeders’ Cup Mile this year.

Last year’s winner is also among the favourites in the betting, as Uni will be looking to become the first horse since Wise Dan to win consecutive Breeders’ Cup Mile races. The six-year-old will come into the race in good form having won last time out at Keeneland in the First Lady Stakes.

That was a welcome return to form for last year’s winner, as he had failed to win in each of his last three appearances before that run.

There is further quality in the betting in the form of Raging Bill and Ivar, while Siskin will be lining up for his final run at the Breeders’ Cup Mile. The three-year-old will be going to stud in Japan after this race after failing to reach the same heights as a three-year-old.

Everyone was shocked when it was revealed that Siskin would be stepping away from the track, and he could prove in this race that he still has a lot more to give.

Here you have it, why we tip Kameko for a surprise victory in the Breeders’ Cup Mile.