Work from home and anywhere has become a norm now, says PM at Bengaluru Tech Summit 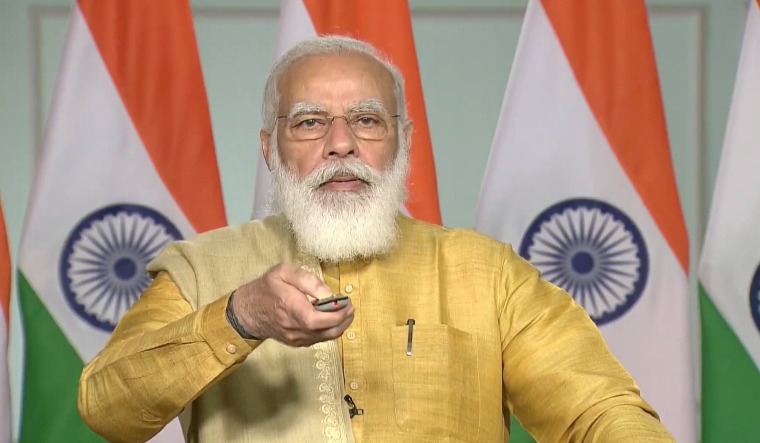 The Covid-19 pandemic resulted in an ever increasing adoption of technology at a scale unknown till recently, said Prime Minister Narendra Modi as he virtually inaugurated the Bengaluru Tech Summit on Thursday. The amount of technology adoption that had not happened in the past decade happened in just a few months, the PM said, adding it was the resilience of the technology sector that came to the rescue when there were global lockdowns with people confined to their homes.

“Technology is helping to organise this important technology summit on technology,” Modi remarked. He explained that technology made remote working possible. Work from home and anywhere has become a norm now, PM Modi.

He said that since the internet's inception 25 years ago in India, the country has achieved a milestone of around 750 million internet connections, of which half the numbers were added during the last four year alone. Technology has enabled government schemes to go beyond files and has changed lives. “When we are able to vaccinate people in a short period of time, it is with the help of technology. Technology plays a key role when we are able to cross a toll booth fast. When we are able to provide electricity across, technology is involved,” said Modi.

He further stated that in an industrial era change was linear, but in a technology era change is disruptive. He pointed out that UPI had been a huge success and it crossed more than 2 billion transactions and now, the government has embarked on a National Health Mission. He further added that technology is also playing an important role in the evolution of the defence sector. Modi urged the need to develop local technology solutions that are deployed across the world.

Earlier in the day, Union minister Ravi Shankar Prasad mentioned that the production-linked incentive scheme for electronic manufacturers launched by the Centre has become popular and the government has received proposals worth Rs 11 lakh crore from mobile component manufacturers. Rs 7 lakh crore of this was for export-oriented, he added.

He pointed out that Apple had chosen Bengaluru as its centre to manufacture quality iPhones for the Indian and global markets. Prasad mentioned that despite the pandemic, the IT industry in India had a 7 per cent growth with many global players such as Google and Amazon playing a key role in India's digital story. He further stated that the Atmanirbhar Bharat Scheme was not meant to isolate India, but help India become a part of the global supply chain. He also said that work from home (WFH) norm (for the IT industry) was here to stay.

Karnataka Chief Minister B.S. Yediyurappa said that given the Covid-19 pandemic, digital transformation was happening at a rapid pace, making programmes such as 'Make in India' and 'Digital India' more important than ever before. “We are keen on making Karnataka the most attractive destination for investment, particularly for high-end technologies. Karnataka has one of the most progressive startup ecosystems in India. Four out of seven of Indian startups that became unicorns in the year 2020 are from Bengaluru,” remarked Yeddyurappa

He said the government of Karnataka has taken a number of steps to enhance the overall business environment of the state, including amendments to labour and land laws, establishment of Karnataka Digital Economy Mission and setting up of the Karnataka Innovation Authority. He also mentioned about the newly released IT policy of Karnataka that is vigorously pushing IT beyond Bengaluru with the aim to generate over 60 lakh direct and indirect jobs in the next five years.

“Karnataka has been at the national forefront in harnessing the benefits of biotechnology for the past two decades. One of the key goals of the state is to achieve 50 per cent market share of the national bioeconomy target of $100 billion by the year 2025,” Yediyurappa added.