Natural resources sell-off has been a mixed bag for Centre 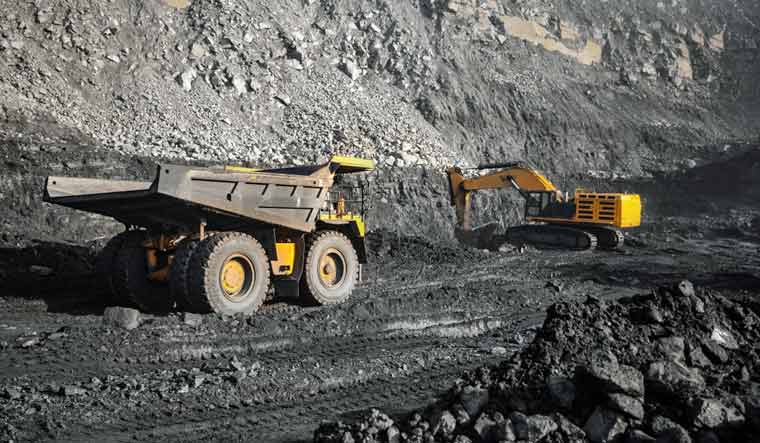 The great Indian natural resources sale is on, though the results have been quite mixed. But emboldened by last fortnight's coal block auctions, the Union government is now all set to press the accelerator when it comes to auctioning off mineral mines. The ambitious target is to give away as many as 500 mines of minerals like iron ore, bauxite and even gold over the next two years or so.

190 of these will go up in the first lot as per some reports, and will include reserves of iron ore, limestone, bauxite and gold. Coal and Mines Minister Prahlad Joshi this week said that the government will introduce amendments to the Mines and Minerals (Development and Regulation) Act 1957 to simplify and enable the process. “We want to bring these reforms shortly...in another month or so, the reforms should come out,” he was quoted as saying by a news agency.

The government's present bate of enthusiasm stems from the strike rate it achieved from the first set of coal block auctions just before Diwali. As part of the restructuring exercise announced by Finance Minister Nirmala Sitharaman in May following COVID-19 and lockdown, coal blocks were auctioned with the new simplified rules making private players even without prior experience eligible not just to bid and operate, but also to commercially sell coal (and not just for captive end use, as was done earlier).

Of the 38 coal blocks up for grabs last fortnight, 19 got a minimum of two bids and went in for the auctioning process, the winners ranging from the likes of Vedanta, Adani and the Aditya Birla group. More importantly, the government finished the bidding process richer by Rs 70,000 crore in auctioned value, while corollary estimates of the coal blocks going on to provide jobs for an estimated 70,000 only an icing to the cake. India has some of the highest coal reserves in the world, though it remains a net importer, something the present government has often voiced its intent to alter. “Commercial mining will help us achieve AatmaNirbhar Bharat,” commented Joshi.

More coal block auctions will follow, but the government has already trained its sights now on altering the Mines and Minerals (Development and Regulation) Act 1957 or MMDR further, to go in for a similar exercise in the area of mineral reserves. While private sector participation was allowed via an amendment to the Act way back in 1999, and last year's National Minerals Policy focused on 'feeding' into the Make in India initiative, it goes without saying that the upcoming amendments will reinforce the 'self-reliance' narrative, even as it aims to make the auction process simpler for interested private players.

The thought-process in the corridors of power is that this will be a win-win. Just like disinvestment, auctioning off natural resources blocks could fetch precious income for a government beleaguered by the post-COVID-19 drop in economic activity. Additionally, ramping up mining could provide desperately needed raw materials for domestic industry looking to move away from sourcing from China.

However, if previous track record is anything to go by, the government could do well to err on the side of caution. So far, minerals auctions have only had a success rate of around 50 per cent, though it is higher when it comes to iron ore, at 79 per cent. Even the fact that only slightly more than half the coal blocks found suitors this month, and that too only the bigger and lucrative ones, is telling. In fact, two of the successful bidders were actually government bodies, including the Andhra Pradesh Mineral Corp, a state PSU.

Even the bidding for the last round of oil and gas blocks, under the OLAP or Open Acreage Licensing Policy, saw muted interest from private players, with ONGC winning seven and Oil India (OIL), another state owned body, bagging the remaining four. The disinvestment of government-owned Bharat Petroleum, for which Monday was the last day for submitting bids, also saw biggies like Reliance, Saudi Aramco, British Petroleum and Total staying away. The dull demand for fuel following the pandemic, as well as a global movement towards environment-friendly fuels could be the reason.