MSMEs await a saviour as revival hinges on banks and government 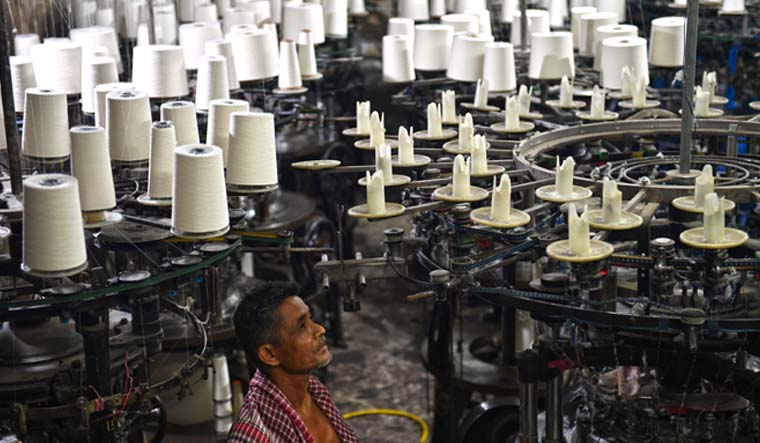 The term ‘Micro, Small and Medium Enterprises’, as well as its abbreviation MSME, make for quite a mouthful. But, it refers to the crucial small scale business sector—which Union Minister Nitin Gadkari called the ''backbone of Indian economy'' last week. Now, more than ever, India's strategy to clamber out of the post-lockdown economic morass hinges deeply on this disparate segment of enterprise.

Yet, despite grandiose announcements and schemes put in place, the MSME sector still awaits a saviour. Can the hopes of an MSME revival sail through?

Fair enough, finance minister Nirmala Sitharaman and her 'idealogue' K. Subramanian, the chief economic advisor, did pivot much of their revival strategy by pumping big money into the lending system for MSMEs. The Rs 3 lakh crore of collateral-free automatic loans to MSMEs was meant to ensure working capital for MSMEs. The problem? It was for existing customers of banks and NBFCs

“Announcing a package and ensuring that its benefits reach the last common denominator are two different things, particularly in a country like India where a bulk of small businesses are not registered,” points out Vivek Bindra, business coach and founder CEO of Bada Business. Adds Rajeev Lunkad, founder of Direct Create, a digital platform which connects small businesses directly with buyers, “The government needs to ease the terms on which loans need to be provided. The [present] terms are that you need to be an existing borrower.”

“First, the government took a long time in announcing the package and other benefits; by that time a large number of small businesses had already suffered irreparable losses. Secondly, an overwhelming focus has been on loans whose disbursal takes time. While sanctioning happens relatively fast, the process of disbursal takes time,” says Bindra.

Banks, badly burned by bad loans and a precarious NPA situation over the past few years, have been playing it safe, turning the efforts to quickly revive the economy almost into a dud. As per figures from October, banks have sanctioned nearly Rs 10,000 crore under the emergency credit line guarantee scheme—but only 27 per cent of this has actually been disbursed.

This, despite the fact that MSMEs generally tend to have lesser NPAs compared to their big bucked brothers in the corporate sector.

“More immediate and easily accessible benefits such as interest and GST waivers should have been announced right at the outset of the crisis. [That] would have helped improve the liquidity situation for small businesses,” feels Bindra.

While everyone from Sitharaman to RBI governor Shaktikanta Das have been calling on banks to lend more, bankers seem to be erring on the side of caution. Subramanian this weekend called on NBFCs to ''take financial inclusion to the bottom of pyramid,” but added a caveat. “Forbearance is necessary during this time, but zombie lending can come back to bite later,” he said at a FICCI event on Friday.

However, experts feel the situation can still be salvaged, with a little bit of technology. Increased digitisation, utilising e-commerce marketplaces and the like could be the saviour for many small businesses which had hitherto depended on conventional supply chains. Even the recent festive sales on e-commerce giants Amazon and Flipkart had hundreds of new traders and suppliers who took to this medium.

“As Big Billion Days 2020 drew to an end, it has yet again reaffirmed the role e-commerce plays in uplifting consumer sentiment and catalysing growth for local MSMEs,” said a press statement released by Flipkart at the completion of its sale. The platform alone featured 50 per cent more sellers, with more than half of them from smaller towns.

While digitisation can help, cash needs still remain top-of-the-mind for this sector which contributes nearly 30 per cent of India's GDP and employs some 11 crore people. The sector is plagued on both sides—a shortage both of cash and labour on one side, and tepid market demand on the other side for most. Which is where government hand-holding becomes essential.

“Compliance pressure should be eased and technology adoption should be encouraged and incentivised going forward,” suggests Lunkad.

Bindra feels the government could step up more. “[It] should also focus on improving ease of starting business to enable individuals to start new enterprises quickly and generate income and employment in the economy. A single-window clearance scheme must now become a reality if we want to quickly revive the MSME sector, and the economy.”