For the MICE sector, which relies on large groups of travellers, prospects are dismal 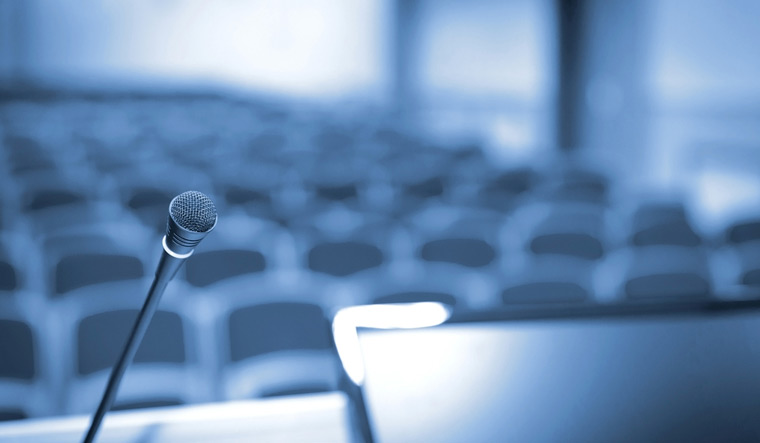 At a conference organised by SIMA, the South India MICE association, former SEBI chairman M. Damodaran spoke of how "residing in every crisis is an opportunity that we will exploit.” For the beleaguered Meetings, Incentives, Conferences and Exhibitions segment (MICE) of India's travel and tourism industry, that is a motivating point they can take solace in.

Of course, nothing replaces a rescue move from the government, considering the extent of the devastation.

MICE refers to meetings and events organised off-station, a segment which had registered robust growth in the days preceding the pandemic, only to see it all crash and burn in the last few months. Worse, even while restaurants and hotels daintily test the waters by opening their doors, for MICE, redemption is still far away—from corporates who thrived on office off-sites and brand launches to destination weddings and exhibitors, nobody is in any hurry to test the waters here.

Even a few months ago, things looked way different. The Indian MICE market, according to some estimates, was worth as much as $2 billion, with MICE tourism growth pegged at 8 per cent per annum. The potential for growth was huge, with a lot of Indian business actually going to foreign destinations.

But then, COVID-19 struck, and it hasn't looked up since.

“From approximately 12,000 MICE conventions which would have taken place during the pre-COVID period it has now reduced to almost zero globally in a 6-month time span and mostly replaced by virtual conferences,” points out an official of SIMA. The organisation, with hoteliers, travel agents, transport operators, conference organisers and event managers from across the states and union territories south of the Vindhyas as members has been lobbying the case of the devastated sector, calling for relief.

At SIMA's recent conference on the opportunities and challenges of COVID-19, Tamil Nadu tourism secretary Vikram Kapoor said that tourism had been affected globally and there is need for focused attention on the Tourism sector in India. He said that the revival package that has been announced for the MSME sector by the centre is applicable for the Tourism sector as well.

Kapur said that as per the latest guidelines governing lockdown under COVID-19 protocols, hotels and restaurants are open but touristic interests like monuments and museums are still closed. He said that unless these locations are opened, there is no point in going for a marketing strategy. He emphasised that the call needs to be taken by the officials of the revenue department as well as the health experts regarding opening up the sector.

Keynote speaker Damodaran, a former SEBI chairman, argued that the government needed to do more. "The government hasn't done enough for the travel and tourism industry. There must be a sector by sector approach and one size doesn't fit all, You can't say that we are helping people by looking in the direction of the banks. The answer must come from the fiscal policy of the government. Many governments have given large packages to their airline industry, while the Airline Industry in India has not got even one Rupee!"

“When you don't support a sector like tourism which is a major employment generator, you are hurting employment, forget the fact you are hurting tourism revenue. The government needs to do much more,” he emphasised.