AI likely to replace 27% of jobs within 20 years: Jeanne Lim 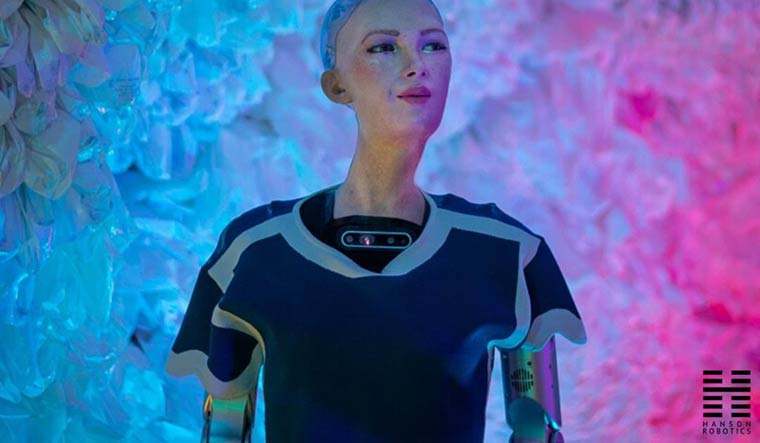 Jeanne Lim, co-founder and CEO of Hanson Robotics and co-creator of Sophia—the first robot to become a citizen of a country—feels that there can be economic repercussions of Artificial Intelligence in the future with around 27 percent of jobs likely to be replaced in the next 20 years.

To Lim, AI is the new electricity and, initially, it will replace repetitive jobs such as drivers and factory workers. Job roles such as those of CEOs, merger and acquisition experts, columnists and scientists will take time to be replaced. Lim was addressing a webinar on the topic “Digital Humans and the future of Humanity: Charting a humane future with AI”, was organised by the think tank Synergia Foundation.

Speaking about Sophia, the humanoid robot she co-created which was made a citizen of Saudi Arabia, Lim said she felt that it was a very interesting platform which actually brought out emotions from humans.

“We were all surprised by the popularity which Sophia gained as a character and not only as a robot. The world seemed to have embraced the human-like robot. At most of the time she did not have to hear because we wanted the people to realise that she is a robot and not human. We are now seeing more human-like AI.”

Even so, there are caveats to the expansion of AI’s role in society.

“AI can push humans into triggering a nuclear war by 2040. We need AI to appreciate the value of humanity and not just the value of optimization and economics so that they can learn from us and we could learn from them. Four years ago Microsoft had launched a chat bot Tay and had to shut it down after 24 hours because it learned to spew racist slurs and Nazi propaganda from talking with humans,” Lim said.

Another expert, Subram Natarajan, Chief Technology Officer, IBM India, felt that humans will continue to live with AI and there will not be a situation where AI will take over. Instead, it is likely to augment humans and will not replace them as such, helping remove operational inefficiencies in different processes, particularly in a country like India.

“Going forward it would be interesting to know how humanoids will continue to engage with human beings. However, I do not see a time when fellow humans will disconnect with fellow human beings as they will not be having an emotive comfort with a humanoid,” said Natarajan.

Experts such as Paul Twomey, former CEO of ICANN and an advisor on AI to the G20 group of governments, felt that while robots have physical limitations, AI lacks these, and so there can be numerous possibilities with AI in the future.