Good news on economy, but don’t celebrate yet

The Indian economy is on perk-up mode 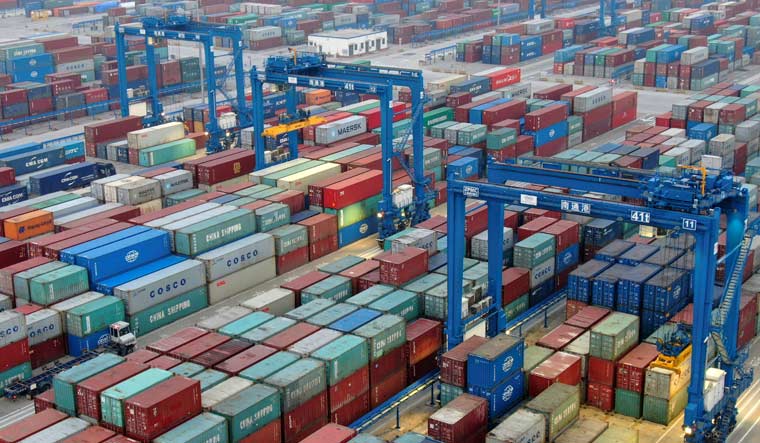 Things may be looking up on India’s economy front, but don’t bring out the champagne flutes yet. It’s a slow see-saw process, with the ups and downs alternating with alarming irregularity since Unlock.

For the moment, the Indian economy is on perk-up mode — the dips of July and August seem like a forgotten memory as last month’s indices show robust pick-up. And it augurs well that we are entering a phase of festive season, when spending picks up, promising further boost.

In September, the manufacturing PMI showed a sharp increase from 52 to 56.8, while GST collections went up 10 per cent, compared to the previous month. After plummeting through the lockdown period and never really recovering all this while, exports from the country finally registered a growth after six long months. Movement of goods via road and rail have picked momentum, and consumers seem to be spending at least in certain categories like electronic goods.

In fact, two indices have been of particularly good cheer— exports increased by 5.27 per cent. This was the first time exports from India went up in financial year, as the export scene was buffeted first by the lockdown and then the anti-China outburst after the Ladakh clashes. “Exporters have started receiving a lot of enquiries and orders from across the globe helping many sectors to further show improved performance, which is likely to get better and better in the next few months,” said Sharad Kumar Saraf, president of the Federation of Indian Export Organisations (FIEO).

The Indian auto industry is also seeing comfortable numbers in many segments, with a spate of new model launches happening through the last few weeks. Overall vehicle registrations, according to the Federation of Automobile Dealers Associations (FADA), grew 11.45 per cent in September compared to August. Crucially, passenger car sales rose 10 per cent compared to the previous month, showing that customer confidence may be back on the fast track.

The Reserve Bank also decided to brazen it out by announcing no other repo rate cut on Friday morning in its Monetary Policy Committee (MPC) announcements — the optimist can always interpret it as a sign that the central bank feels enough cuts have been done. In fact, analysts say the six-member MPC decision to hold the repo rate at 4 per cent  stemmed from a bravado that the modest recovery experienced in September could strengthen in the second half of the current financial year (the remaining six months). The RBI also expects headline retail inflation to ease from the current levels in this quarter as well as the next (fourth) one.

In fact, the RBI move seems to have boosted morale. “It affirms our belief that the worst is over for the Indian economy,” said real estate tycoon and president of the industry chamber ASSOCHAM. “The RBI governor also accepts growth is likely to pick up in the second half of the fiscal and enter into the positive zone in the January-March quarter,” Hiranandani further said.

However, while the nearly 24 per cent decline seen in the first quarter is a story behind us, the Indian economy is still not out of the woods yet. “There are indications that this recovery is fragile,” cautions M. Govinda Rao, chief economic advisor, Brickwork Ratings, as he rolls out some dismal statistics. “Capital expenditure on new projects declined by 81 per cent in the second quarter over the corresponding period last year, showing a continuous declining trend in investments. Core sector growth was minus 8.5 per cent in August. The credit-deposit ration declined in the three fortnights ending September 11, and non-gold, non-oil imports continue to decline,” he pointed out.

Rao’s worry is the sectors worst affected by the lockdown and its continuing pains, like construction, trade, hotels, transport, storage, manufacturing etc. “Even as the economy is seen to be on the mend, contractions in these sectors are likely to continue, although at a slower pace,” Rao adds. His estimate of contraction for the second quarter is 13.5 per cent, with the whole year’s GDP expected to be down minus 9.5 per cent.

Unless, of course, there are further government interventions, a common refrain among analysts, as well as India Inc. “Now all eyes would be on how the government plans to combat the economic slowdown and boost demand,” feels Ankit Kansal, founder & MD of the real estate firm 360 Realtors. “A host of steps in the form of capital injection, refinancing of banking institutions, policy impetus, subsidies and discounts are required to see faster recovery.”

Whether the expected spurt during the upcoming shopping season sustains beyond the festival period will also have a major bearing on the next direction for the GDP see-saw.