OPINION: The way forward for e-services model in India 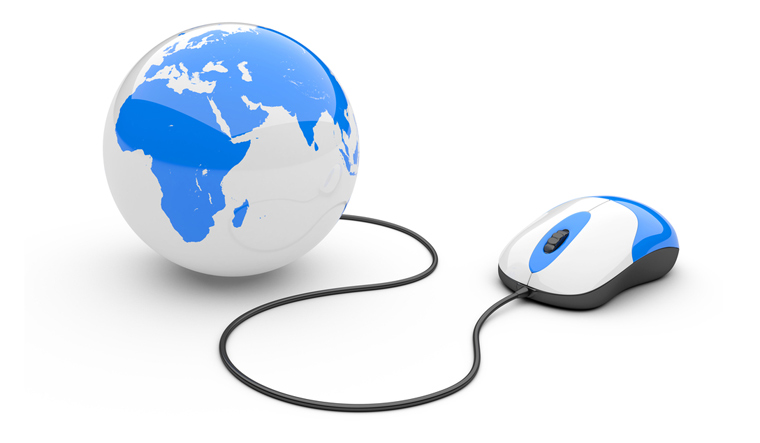 As tech disruptions are set to rule the roost in the coming decades, India’s much touted digital transformation can’t wait any longer. Armed with the world’s second largest internet market, digital e-governance no longer seems a distant reality despite India’s somewhat late entry into this space. It is expected that India will witness an increase in the number of internet users to 800 million by 2023, driven by the increasing availability and decreasing cost of high-speed connectivity and smartphones. India’s growth story is now intrinsically linked to the relative welfare of its people in the digital age. This calls for a greater impetus towards an e-governance infrastructure that focuses on public service delivery in order to achieve the goals of last mile connectivity. The good news is that recent developments are a step in the right direction: induction of ICT in government functioning and digital adoption of end-user platforms has brought about marked improvement in efficiency.

Considered a potential solution to the issue of ‘big government’, countries like Estonia have built a model known as ‘government-as-a-service/platform’ (henceforth, GaaP) that offers a more organised, digital-based service delivery system. With the singular aim of improved digital governance, the Estonian model places the citizen or the end-user at the centre of its design system to provide positive outcomes. By offering a single ID/card for multiple services, the focus has been on building an e-governance ecosystem that removes bureaucratic hurdles for citizens. According to a recent report by Omidyar Network India and BCG, the timing could not be better for India to roll out the carpet for Open Digital Ecosystems (ODEs) where the government ‘creates the digital commons, enables interoperability between various stakeholders and leverages open source software, data, standards, licences and APIs in order to enhance citizen experience’.

Towards this end, IndiaStack is a much-needed open platform initiative that brings with it opportunities for collaborations with researchers, data scientists, non-profits and other technical experts. The goal of IndiaStack is to ‘utilise an unique digital infrastructure to solve India’s hard problems towards presence-less, paperless, cash-less service delivery’. In the case of GaaP, the idea is both simple and novel: serving the needs of the people while minimising the need for government intervention in the process. For instance, the rollout of NDHM (National Digital Health Mission) that offers the creation of a unique health ID (linked to AADHAR) for every citizen is a potential game-changer. Estimates show that nearly 85 per cent of clinicians use digital platforms for consultations and interactions with patients. As a one-stop destination for a user’s medical records, the NDHM is an example of a GaaP platform that reduces the need for paperwork.

The COVID-19 period also unlocked potential in other government service delivery mechanisms. For example, in order to enhance ease of doing business for MSMEs, the government launched the Udyam registration portal and integrated it with the government’s e-commerce marketplace—GeM and the invoice-financing platform—TreDS. This portal allows MSMEs for paperless and free cost registration based on self-declaration, supports credit financing through the auction of trade receivables and offers competitive platform to showcase and sell their goods and services.

India is in the stage where digital & e-governance platforms are being integrated into government-run mediums such as various department websites, central welfare schemes, repositories, databases etc. For instance, the Digital India initiative seeks to achieve the simplification of government processes through technology. NITI Aayog CEO, Amitabh Kant is boisterous about platform-based models like the National Health Stack and Aarogya Setu that could fundamentally transform the healthcare ecosystem.

Perhaps the biggest promise towards a successful GaaP intervention is through Public-Private Partnerships (PPP). In the words of the NITI Aayog CEO, the ‘role of the government is to serve as a facilitator while the product development is achieved through private entrepreneurship’ thereby making India a ‘Tech Garage of the World’. In this context, a scheme like the PM-JAY (Ayushman Bharat Pradhan Mantri Jan Arogya Yojana) can provide affordable and accessible tertiary healthcare for the vulnerable sections with the help of the private sector through the development of tech products. However, it is important to focus on issues of transparency (public cloud with analytics), accessibility (available in regional languages) and security (open architecture through secure APIs). The end goal is for the private sector to provide a platform for seamless communication between citizens and government. An early example of this model was the DIGIT platform initiative developed by eGovernments Foundation that aims ‘to partner with city administrators in their efforts to leverage technology for better service delivery and enhanced productivity’.

The advent of new technologies of the future—AI, Machine Learning—would fast track the adoption of service delivery applications that would boost India’s global competitiveness. It is estimated that AI-enabled platforms would add $957 billion to India’s GDP by 2035. Recently, the Ministry of Electronics and IT (MeitY) and national IT trade association NASSCOM jointly launched a dedicated artificial intelligence (AI) portal that promotes collaboration between departments and private sector in the areas of technology development. As customer touch points and channels are being digitized with AI powered automation, the sky is the limit for service quality especially in the realm of financial schemes. For instance, the relative success of digital account opening could pave the way for easier loan processing at a time when small businesses have been hard hit due to the COVID-19 pandemic. A NITI Aayog developed data-sharing framework—DEPA (Data Empowerment and Protection Architecture)—enables small businesses and individuals to secure banks loan based on online data without collateral. Through initiatives like e-KYC, cKYC and video KYC, a consumer-centric model and impetus for digital avenues could streamline public service delivery systems.

Under the CSC, the government has also ensured the creation of a ‘Digital Cadet’ platform that will provide doorstep access to various government services through delivery agents. The Common Service Centres Scheme (CSC) is a Special Purpose Vehicle of the Ministry of Electronics & Information Technology to provide a ‘large bouquet of e-services through a single delivery platform’. Along with AADHAR, the two flagship programmes are at the epicenter of the Central government’s Digital India. However, certain state governments have been well ahead of the curve in terms of e-governance. For instance, Odisha has announced a project for bringing all public services under a common unified portal (“Odisha One”) for the convenience of its citizens with the state mandating all departments to make identified services online.

India is on the cusp of a government-led, private enterprise-powered digital transformation. E-governance frameworks not only promote greater transparency and prevent loss of resources and corruption, it empowers the citizenry with a fair and equitable say in the smooth functioning of democracy. This is made possible by the emphasis on the highest benchmarks of service quality and participation in a feedback mechanism that caters to the needs of the end user. With the advent of new technologies and initiatives, India’s quest to emulate the GaaP model will only accelerate going forward. With ever-improving technological capabilities at the hands of the private sector, the government could do well to implement similar models that provide a safe, affordable and efficient service delivery to the citizenry.