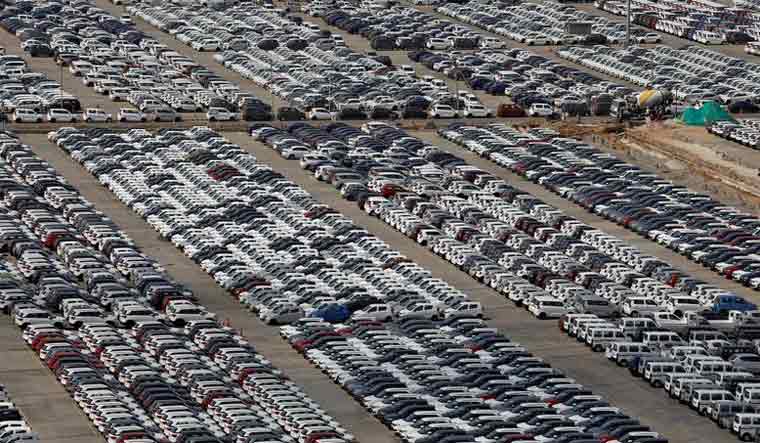 For India's beleaguered auto industry, it is back to the drawing boards to fight another day, with the government made it virtually clear that no GST cut is in the offing for now. While the industry's 'storm in a teacup' outburst the last few days seems to have got a strong rebuttal from the corridors of power, automakers feel all is not lost, yet.

Two-wheelers are taxed 18 per cent, while four-wheeler buyers have to pay at peak GST rate of 28 per cent. Additionally, there is compensation cess which varies from 1 to 22 per cent.

Ironically, the industry's recent outburst was prompted by an innocuous statement by Finance Minister Nirmala Sitharaman at a function in late August. Sitharaman had set tongues wagging when she said a GST cut for two-wheelers was possible, in response to a question. “As this category is neither luxury nor sin goods, it merits a tax revision,” she said.

Not only did the statement surprise many, it also sparked off hectic parlays in the corridors of power. While automakers have been calling for slashing tax since their sales went south in late 2018 following a slowdown in the economy, the government had not heeded their clamour. The supposed promise to two-wheelers also meant that four-wheeler makers went into a tizzy, trying to get their long-pending demand also some fruition.

Aghast officials soon went on an overdrive, pointing out how GST receipts were already falling short this year (A shortfall in States' GST receipt alone was estimated at 2.35 lakh crore for this year). Within a few days of Sitharaman's comments, Union industries and commerce minister Piyush Goyal snubbed automakers, and at no less a venue that the auto industry body SIAM's annual convention, suggesting that auto makers instead look at saving money by trying to reduce royalties to parent companies.

Except for Tata Motors and Mahindra, all the top auto companies in India are subsidiaries of global auto corporations, and pay royalties to their parent companies for the permission to use technology and branding. India's biggest car manufacturer Maruti Suzuki, for example, reportedly paid Rs 3,817 crore as royalty to the Japanese parent last financial year.

Even as outbursts from auto makers continued, the latest being the comments of Toyota Kirloskar vice chairman who said early this week that the company was putting on hold its expansion plans in the country due to the not-so-conducive stance of the government, there were expectations of some lenient measures from the government. Instead, as it turns out, the reaction from senior officials seems to be that auto companies should look for saving money elsewhere.

The government's line of thinking for now is that a GST tax is not ideal considering how the govt itself is facing an acute shortfall in revenues. It also points out how the present GST plus cess total still amounts to less than the earlier tax regime of VAT and other local taxes and how a cut in GST may not necessarily lead to an uptake in sales. Instead, one line of thinking officials have been pushing is that vehicle makers need to cut their own expenses in production, technology and raw materials, and of course, in the royalty outflow. For automakers, the only silver lining right now is the fact that sales show an increase in August, with the coming months conventionally being the festive shopping season promising further growth. In the longer term, they would have to pin their hopes on other measures like the Scrappage Policy, promised by Transport Minister Nitin Gadkari a year ago, is finally put into place.