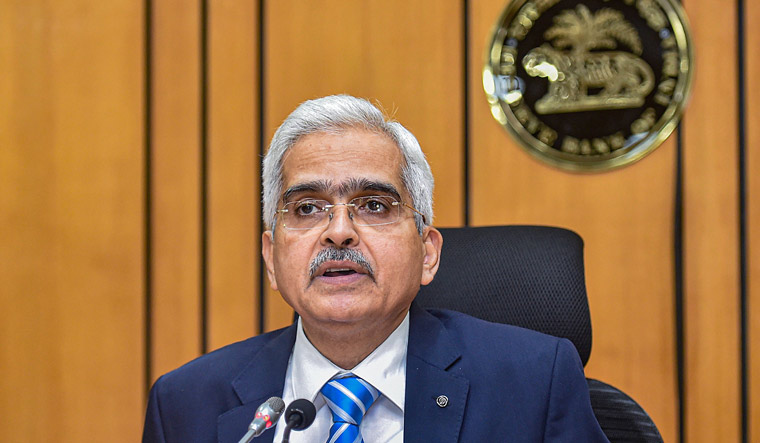 To cut or not to cut interest rates—that would be a question on the mind as the Reserve Bank of India’s monetary policy committee meets this week. With India’s economy set to contract this year due to the COVID-19 pandemic, the obvious viewpoint would be to lower the repo rate to boost demand. However, with consumer inflation still trending at the upper end of the central bank’s band, and the benchmark rate also being reduced by 115 basis points so far this year, the broader feeling is that the RBI may be inclined towards keeping the interest rates on hold, with an eye on how things on the inflation and economic recovery pan out in the coming months.

There is a chance, however, that the MPC may decide to reduce the reverse repo rate further by 25 basis points, in a bid to push banks to lend more, instead of parking money with the central bank.

As the COVID-19 pandemic began to hit, the RBI on March 27 reduced the benchmark rate at which it lends banks by a sharp 75 basis points to 4.4 per cent from 5.15 per cent. The repo rate was further reduced by 40 bps to 4 per cent, its lowest since 2000 on March 22. Several other measures to ensure there is enough liquidity in the system have also been taken by RBI over the last few months.

Since the February of 2019, RBI reduced repo rate by as much as 250 bps, however, analysts note that banks’ marginal cost of funds-based lending rate (MCLR) declined by only 110 bps in the period, thus indicating that transmission of lower interest rates has been slow.

Also, despite the interest rate cut, the credit growth remains tepid. At the same time, retail inflation, which came in at 6.09 per cent in June, remains at the higher end of the RBI’s inflation target of 4 per cent, within a range of plus or minus 2 per cent.

“Having front-loaded the rate cuts and with inflation still above the 6 per cent mark, the MPC may decide to wait and watch and take a pause in August to monitor India’s progress in its fight against the virus—both from a health and economic point of view,” said Shanti Ekambaram, group president—consumer banking at Kotak Mahindra Bank.

India’s economy is expected to shrink in the year ending March 2021, some see up to 5 per cent contraction, others more. Leading indicators signaled early signs of recovery; however, it remains patchy. The manufacturing Purchasing Managers Index (PMI), which saw a rebound in June at 47.2 from 30.8 in May, declined in July again to 46.0. The Index of Industrial Production (IIP) continued to contract in May, albeit at a slower pace. On the other hand, improved fertiliser production and a growth in tractor sales indicate that rural demand, especially in the farm sector, remains largely intact.

“Supply-side measures have been more than addressed by the RBI, but the virtually dried-up demand-side factors need urgent attention,” say economists at Brickwork Ratings.

India posted a rare trade surplus in June, but it was largely driven by a fall in imports of gold and crude oil. The 41 per cent decline in non-oil and non-gold imports is what has got the Brickwork economists worried, who feel the sharp fall “clearly indicates crashing industrial and consumer demand.”

“There is a significant likelihood of MPC members voting for a pause during the forthcoming review. Extent of frontloaded easing already carried out and lingering immediate uncertainty about inflation trajectory for next couple of months may weigh the rate decision,” said Mandar Pitale, head, treasury, SBM Bank of India.

One-year  term deposit rates at many banks are now close to 5.10 per cent. If the 6.09 per cent retail inflation is taken into account, then technically, deposit holders are earning a negative interest rate of 0.99 per cent.

Some feel another round of rate cuts could signal RBI’s intent to address growth concerns and comfort volatile markets. However, it may still have limitations in reviving a contracting economy at this juncture, said Suman Chowdhury, chief analytical officer, at Acuite Ratings and Research.

“It is unlikely that further rate cuts may help much to revive household demand or private consumption expenditure at this juncture...it is clear that we are near to the bottom of the rate cut cycle,” he said.

Some like Upasna Bhardwaj, senior economist at Kotak Mahindra Bank, still expect a 25 bps rate cut, which will then be followed by a pause, although the recent high inflation readings has made the rate cut a close call, she added.

Besides policy rate cut, Bhardwaj expects the MPC would continue with the other liquidity and regulatory measures to address the “demand shock and financial market dislocations”  and reduce reverse repo rate by a higher quantum.