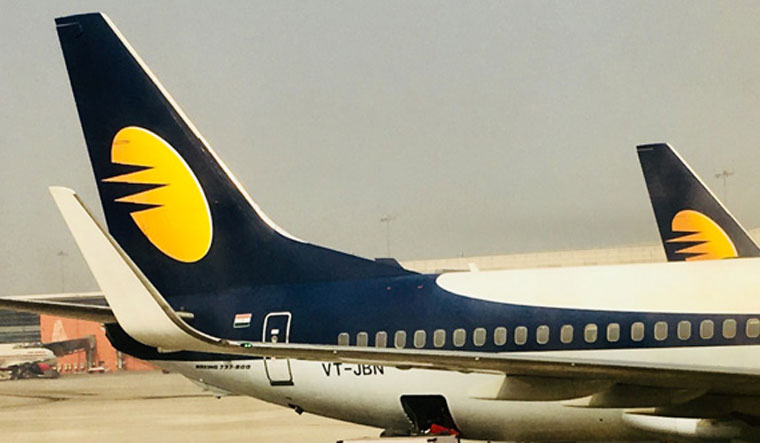 A UAE-based investment company that is leading a consortium bidding to take over grounded carrier Jet Airways formally presented its resolution plan on Tuesday.

Imperial Capital Investments LLC is leading a consortium comprising Flight Simulation Technique Centre and Big Charter Pvt in the fourth round of auctions for Jet Airways. Only one other consortium—comprising UK-based Kalrock Capital and UAE-based businessman Murari Lal Jalan—is participating.

In an interview to UAE-based daily Khaleej Times, Biraja Jena, chairman of Imperial Capital, claimed his consortium has given Jet Airways creditors " options for revival of the airline within a short period, including for the employees".

"We are trying to dedicate a huge sum of immediately realisable assets into one basket and that basket of money will be utilised for payment of employee dues in addition to stock options and phased induction of employees in the revived company," Jena told Khaleej Times.

Jena declared the consortium intended to restart Jet Airways operations on a small scale with around 10 aircraft. "We are also trying to create another basket and are giving an attractive offer to secured creditors in the most feasible manner, so that they will run low risk for the future while the troubled airline reconfigures itself for a long-haul to future. Thirdly, we plan to start operations as soon as acquisition is complete with 8 to 10 planes," Jena told Khaleej Times.

"We will be taking to the skies starting with domestic operations in the best possible manner during this crisis period and later we will opt for expanding domestic [services] and our foray into overseas routes. We also want to start MRO activities (maintenance, repair and operations) service," added Jena.

Late last month, when it was revealed Imperial Capital intended to bid for Jet Airways, Jena had said the consortium was confident of winning the bid and hoped to conclude a deal by July-end, with the consortium keeping a majority stake in the carrier.

According to Khaleej Times, "Imperial Capital, which is a licensed private fund and investment company, has Dh (UAE Dirham) 2.30 billion worth of assets under management with interests in energy, healthcare, education, infrastructure and manufacturing industries."

According to Bloomberg Quint, "Kalrock Capital is a financial investor, while Jalan has interests in real estate, mining, trading, construction, consumer goods, dairy, travel and tourism and industrial works".

Jet Airways grounded operations in April 2019. Jet Airways has liabilities of over Rs 26,000 crore, which include over Rs 10,000 crore of vendor dues, Rs 8,500 crore along with interest owed to the lenders, over Rs 3,000 crore in salary dues and over Rs 13,500 crore in accumulated losses over the past few years.