Despite LAC disengagement, India may continue with anti-China economic measures 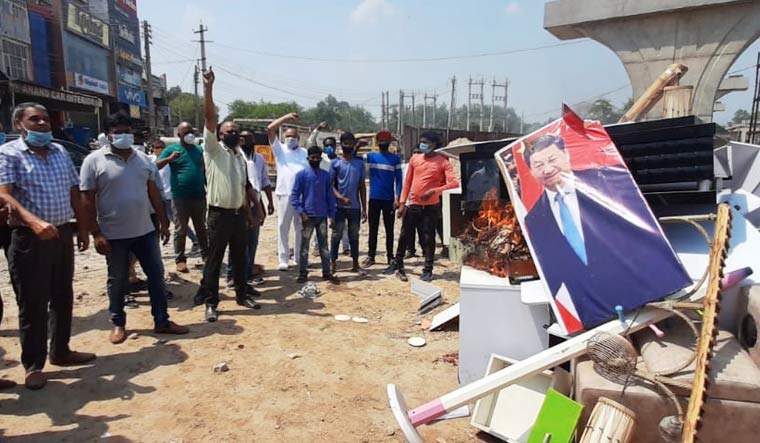 The disengagement process initiated between the armies of China and India is likely to ease the border tensions a bit. But as the strategic experts warn, India should prepare for a long haul and keep up the pressure on the neighbour. India's aggressive policy to hurt China economically is unlikely to see any letup as the country will continue to push for self reliance.

The Chinese army's misadventure has created mistrust about its intentions, fuelling nationalistic fervour in India. Amid calls for a ban of import from China, the government cancelled investments in various sectors from the Chinese companies. The government had taken multi-angle approaches to tackle China, which included military, diplomatically and economically. Though China is not bracketed along with the Pakistan—the latter is accused of promoting terror activities in India— the government has taken steps which show its strength against any aggression.

“You can’t trust this enemy. Continue with our weaponry of trade war, digital strike and global boycott of Chinese product; cancel contracts with Chinese companies and cause maximum loss to Chinese economy,” Swadeshi Jagran Manch convenor Ashwani Mahajan said. The RSS frontal body has been pushing for promoting indigenous products, and got a shot in the arm when Prime Minister Narendra Modi announced Aatma Nirbhar Abhiyan. This sentiment may drive government action, and even consumer behaviour in shunning Chinese goods.

The government's future steps can come in the form of hiking duties, screening all FDI proposals from China, and giving incentives to local industry to reduce cost of production so that Chinese goods will no longer be attractive in terms of pricing.

The trade is heavily loaded in China’s favour because of their low costs. Currently, 14 per cent of India's imports are from China, while China's export to India is merely three per cent. There is an argument that banning of the Chinese goods will hurt the Indians more than the Chinese as it will drive up prices of goods in the local market, thus hurting the poor. India imports electronic goods, consumables, and raw material for the pharma sector.

As the political sentiment is against China, even army disengagement may not restore the status quo ante. India will not be in a hurry to restore trade with the neighbours till the government can assure the country that it has suitably inflicted cost on them, be it military or economic. It’s a tight rope walk for the government since it has to ensure that blocking imports from China does not hurt our economy and people more.