How rural India has bucked economic slump amid COVID-19 crisis

Growth rate of 2.5 per cent is projected for agriculture growth this financial year 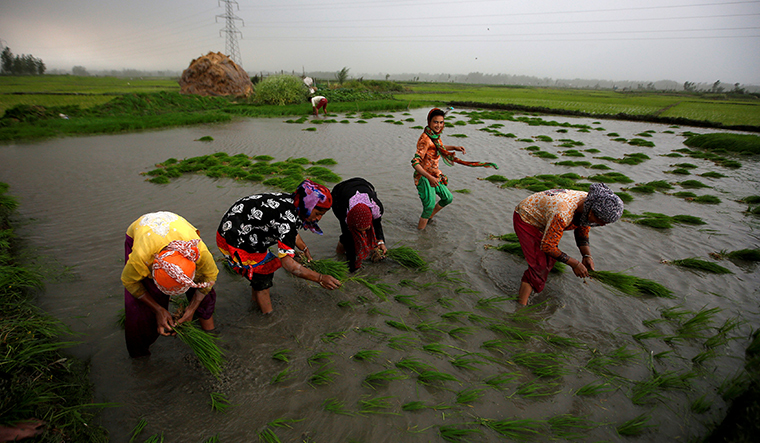 India may be struggling post-COVID-19, but Bharat is booming, and how! By all indications, the nation’s rural economy is resurgent and seems the least affected by the pandemic and its economic pains.

As per the projections of Crisil, while India’s GDP will decline by 5 per cent this financial year, the agriculture sector, the backbone of the rural economy, will actually have a growth rate of 2.5 per cent. This could just mean that India will have to rely on its farm economy for the time being to see it through the present ‘black swan’ phase.

Conventionally, urban centres, cities with their consuming classes and business builders, are the engines of economic growth for any country. While a vast majority of India, geographically and demographically, is still determinedly rural, most of its post-liberalisation leapfrogging into a fast developing country was on the back of its urban centres.

But a curious mix of events has overturned this theory right on its head. The progress of the southwest monsoon so far has been bountiful, and this is the second good season of rains the country has seen back to back after a few years of below normal showers. While the Rabi harvest in April was good despite the limitations of lockdown, with a good monsoon meaning the upcoming Kharif harvest just before Diwali, too, augurs well.

That’s not all. Increasing government procurement of food grains and that too at pretty high minimum support prices means most farmers have money to go around. Couple that with with the money government has infused into the countryside, for the MNREGA as well as post-COVID-19 direct benefit transfers as well as food programmes, suddenly rural and impoverished suddenly sounds very much like a misnomer.

One simple figure is indicative enough. During the lockdown months of April and May alone, Union ministries in charge of rural affairs (agriculture, rural development and food & PDS) disbursed more than one lakh crore rupees. This was more than double of what these ministries spent during the same period last year.

Additionally, a good chunk of the multiple tranche of Atmanirbhar Bharat reforms announced by Finance Minister Nirmala Sitharaman in May are a mix of massive funds, as well as structural reforms, aimed at rejuvenating India’s rural ecosystem. This ranges from removing restrictions on API procurement to setting up cold storage for agro-processing units. If effectively implemented, this could turn out to be game changers for India’s hinterland.

The fact that rural areas have still not been as badly affected by the pandemic the way big metro hubs of business and industry like Mumbai-Pune, Delhi-Gurgaon and Chennai-Chengelpettu, has also helped. This has also meant that supply (farming, harvest and procurement) and demand (consumer activity as money is at hand) dynamics did not go off course as severely as in the urban areas, and post-lockdown, is looking up.

“Semi-urban and rural areas are almost back to normal,” said Havells India chairman and managing director Anil Rai Gupta recently, adding, “(but) urban will take a while.”

So, while widespread containment zone regulations, renewed lockdowns and restrictions (like in Mumbai and Chennai) and overall business uncertainty has kept consumption not taking off in urban India despite the ‘Unlock’ process in its second stage, it is an entirely different picture in rural areas. Sales of two wheelers and tractors have been steadily going up, a clear index for rural optimism.

“Rural is stepping into the void and clearly the COVID-19 hit for rural India is weaker and hence demand (is shifting) from urban to rural,” Saurabh Mukherjea, a leading investment manager told a business daily recently.

It is not just the weather gods and government largesse that has helped rural India to hold its own even as urban India falters. Migrant labourers fleeing cities after the lockdown was imposed and they were left without livelihood, it turns out, has become an additional shot in the arm for the rural economy. There is a reason many of these young workers are sticking on in their villages, and it is not the continued rise of positive cases in the cities alone. Besides getting work from the bumper crops as well as an additional 45,000 crore rupees allotted to MNREGA (ostensibly to keep the labourers stay on), state governments like UP’s are manoeuvering to invite international, as well as domestic, businesses to set up industries across the hinterland, hoping for a sudden turnaround. If that succeeds, it could be a fundamental shift in the rural-urban dynamics of India.