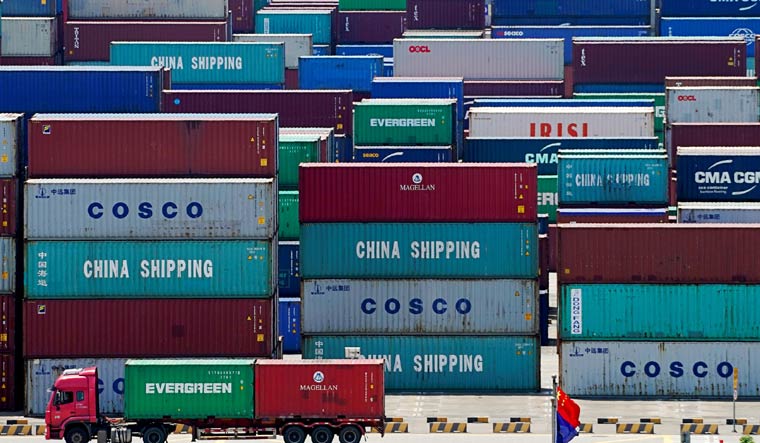 Chinese consignments being held up at Indian ports may ostensibly be due to the growing economic cold war against China, but it has had an unintended consequence. Bearing the brunt of the delay from the 100 per cent checks on Chinese imports are the Indian businesses themselves—for whom these consignments are meant for.

Exporters and business houses have sent an SOS to the union government. Complicating the matters is the fact that no official order as such has been given for the reinforced frisking of goods being imported from China.

Ever since the bloody face-off in Galwan valley between Indian and Chinese soldiers on June 15, calls to ban Chinese products in retaliation had been growing. Along with street, as well as social media, protests, Govt had also contemplated several measures, including provisions for ‘country of origin’ filters on the Sarkari e-govt marketplace, as well as a range of tariff and non-tariff measures. The Railways, as well as the state govt of Maharashtra, have cancelled their deals with Chinese companies, and demands for a complete boycott of Chinese goods are growing.

It is against the context of this popular sentiment that Customs officials suddenly went off on a drive to do 100 per cent checks of goods from China. The measures, first-adopted at Chennai port, were then adopted in Mumbai.

The Customs department’s stand seems to be that it is just a heightened vigil following seizures of drug consignments at Chennai port a few days ago. However, these originated from Germany, not China.

The two ports account for a lion’s share of goods imported from the mainland as well as from Hong Kong, which amount to more than $70 billion. According to some reports, the Chinese government has also taken up the matter with Indian authorities, referring to “supply chain issues.”

But, as analysts have warned all along, the repercussions may just be more painful for Indian businesses. Many Indian industries depend on raw materials and components imported from China for their finished goods; from pharmaceuticals to electronics and automobiles—and it is exactly these consignments that have been affected.

Electronics industry body MAIT (Manufacturer’s Association of Information Technology) tried to strike a balance. “We understand that a step is being taken to do a thorough inspection of containers to safeguard India’s interests,” said MAIT CEO George Paul. “As citizens of India, we will stand by decisions that the government may deem fit to take,” Paul added, even while pleading that Green Channel importers be exempted, as they are already validated by the government.

The exporters' lobby is also in panic mode, making a hotline to the commerce ministry. The Federation of Indian Exporters Association President Sharad Kumar Saraf said at a webinar, “The government has informed us that there is no such order. Things should settle down in a couple of days...we need to be extremely cautious with banning products from China as it may not be feasible.”

Business bodies have also written to the Department for the Promotion of Industry and Internal Trade.