Working hours have been extended from eight hours to 10 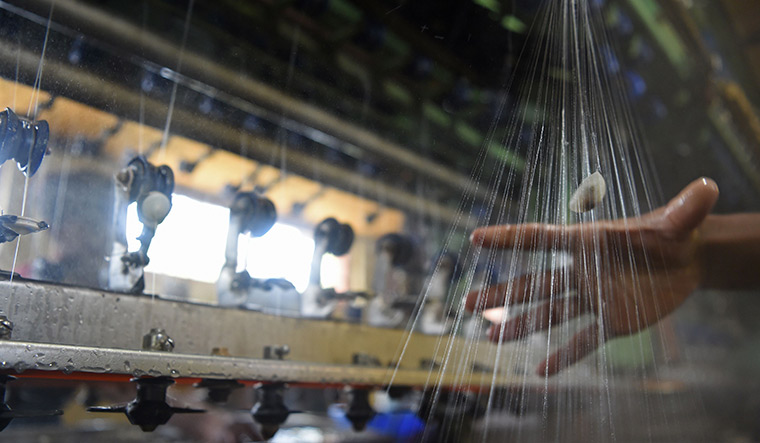 Recent reports indicate that garment workers in Karnataka are unhappy with the state government’s move to grant permission to employers to extend working hours—from eight to 10 hours. They have expressed unwillingness to put in those extra hours.

Recently, the labour department of the government of Karnataka had issued a notification, ordering that all the factories registered under the Factories Act, 1948, shall be exempted from the provisions of Section 51 (weekly hours) and Section 54 (daily hours) for a limited duration of three months—from May 22 to August 2020— subject to the condition that no worker shall be allowed or required to work for more than 10 hours in any day and 60 hours in any week. The effect of the notification was that factory owners were empowered to extend working hours of adult workers—both men and women—from the earlier eight hours to 10 hours per day and from 48 hours per week to 60 hours per week.

A few legal and human resources experts with whom THE WEEK spoke to were of the view that the latest government notification is not in the right spirit as they felt that such decisions should be taken after taking into consideration the views of all stakeholders. Some also felt that it was time that workers and employers worked together to improve the productivity lost during the lockdown.

"The notification appears to be illegal and has been issued in exercise of powers under Section 5 of the Factories Act, 1948. A bare reading of Section 5 makes it clear that the power shall be exercised only during public emergencies. Though a public emergency was not originally defined in the statutes, including the Constitution of India, it had been interpreted by the Supreme Court in the case of Hukam Chand vs the Union of India. Accordingly, it meant a situation that 'raises problems concerning the interest of the public safety, the sovereignty and integrity of India, the security of the state, friendly relations with foreign states or public order or the prevention of incitement to the commission of an offence'. Thereafter, in the year 1976, an explanation came to be added to Section 5 of the Factories Act, 1948, to define 'public emergency' as a grave emergency whereby the security of India and any part of the territory thereof is threatened, whether by war or external aggression or internal disturbance,” remarked advocate Vardhan Shenoy, who works in the chamber of senior advocate M.S. Bhagwat of the High Court of Karnataka.

Experts felt that the process of changing or amending labour laws should be consultative where all stakeholders need to understand and appreciate the ground realities better. “It is difficult to reach a consensus, but an attempt has to be made to listen to all stakeholders and news about the consultation process must be publicised so that the stakeholders are aware of the transparency and a genuine attempt of a consensus building. This creates greater acceptance of the change,” said Aditya Narayan Mishra, director and CEO of CIEL HR Services.

Although this change is only for three months, there is the possibility of many employers unfairly latching on to it for a longer period, citing the reason of lost hours during the lockdown.

Some experts believe that labour law reforms have been long overdue and steps by various state governments should not be seen as retrograde. There is no doubt that the productivity of many small garment factories had suffered immensely due to the lockdown and rather than lamenting the changes, the employee unions should work towards improving productivity to make up for the loss incurred during the lockdown, they noted.

“Every developed economy has evolved with powering employers while mandating wages, benefits and service conditions through legislation. Every change in labour law, which could be mutually beneficial, should not be viewed as dilution. On the contrary, changes emerge based on societal, economic and growth related parameters. In a situation bordering on a calamity, workers or trade unions should come forward to enhance production, consumption actively and restore normalcy at the earliest,” said Subramanyam S., CEO of Ascent HR, told THE WEEK.