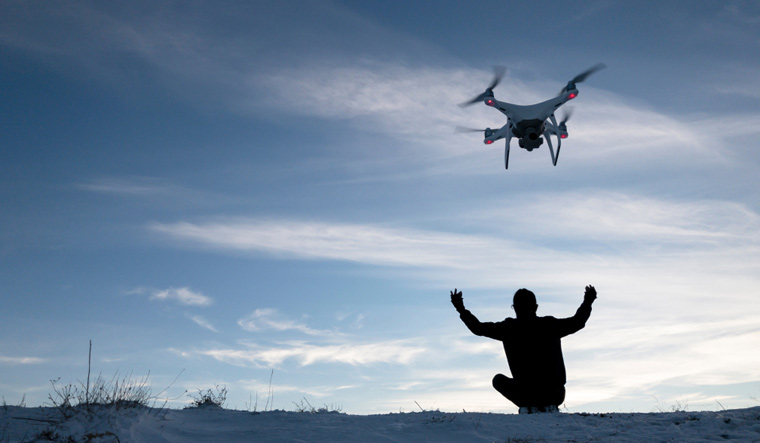 It came as a welcome move when the Director General of Civil Aviation (DGCA) gave permission to food delivery startups such as Zomato, Swiggy and Dunzo to test-fly long-range drones. These companies have got the permission to start testing drones beyond the visual line of sight. It is expected that this move may make an impact on how food is delivered in India.

Aviation experts have termed it as a landmark decision that may speed up the overall food delivery process in India. "We have been working on powering delivery via drones for some time now and welcome this move from DGCA to test our systems. We are excited to build the future of aerial food delivery in India,” Zomato spokesperson said.

Experts feel that food delivery by drones though revolutionary will also come with a bunch of challenges.

“It is probably the first time that any Indian regulatory body and the ministry has promoted the approach of deriving the technicalities of regulation by conducting detailed experiments. Regulators in countries such as the US are habitual of taking such an approach as they have been leading the development of regulation for such emerging technologies. This time India is getting in the league of front runners in creating an ecosystem for emerging technology,” Vipul Singh, co-founder and CEO, AUS -Aarav Unmanned Systems.

Besides being a landmark step, this move is expected to provide a promising platform for indigenous tech startups to innovate, solve, and develop hi tech drones that can be used for different applications in India. At the same time it can also create a roadmap that will allow this emerging start up ecosystem to decrease dependence on imported technology and create indigenous Intellectual Property (IP).

“Scaling up delivery operations based on technical maturity will ensure massive penetration of best quality essential commodities in the rural economy and locations in hilly areas in India which generally get deprived of timely availability of life saving and essential commodities,” added Singh.

The ongoing COVID-19 pandemic has affected the food delivery industry in India and it was seen that the food delivery orders had dropped by a staggering 70 per cent in the last two months. Delivery by drones can help in contactless delivery of food items. “Delivering food and other products through drones is a part of the future and that will make 'no contact delivery' a reality during the COVID-19 pandemic. The recent DGCA approval for trial run of drone delivery can be a boon for the struggling food delivery companies. It will help them in bringing cost effectiveness and reduce the issues such as food theft, hygiene issues, etc., due to the human intervention in the delivery system,” remarked N. Raja Sujith, Partner – Head South India, Majmudar and Partners.

However, food delivery by drones is also expected to have many challenges ahead. “Drone delivery raises serious concerns over the security and invasion of privacy. DGCA will have to come up with a detailed regulation to address the issues and the procedure to be adopted for the drone delivery,” added Sujith.

It is also expected that there could be challenges in terms of mission reliability, cost of operation and delivery mode and mechanisms to avoid damage and theft.

“There are challenges pertaining to drone theft and damage when it comes to India. Drone height is always a cause for concern as dropping that package safely has to be ensured which would require a sort of a parachute or alternative mechanisms. Open deliveries are always a cause for concern due the increased chances of theft as opposed to deliveries at certain checkpoints, similar to the concept of helipads in a city. Additionally drone damage by citizens is also something startups would have to be wary about in terms of costs associated with that in a country like India,” pointed out Abhishek Burman, founder, General Aeronautics, that was incubated at SID.

Reports say that drone tests are expected to begin in July and the consortia will have to complete around 100 hours of flight time in the specific airspace designated by Airport Authority of India (AAI) by end of September. Post that they will have to submit their reports to the DGCA.